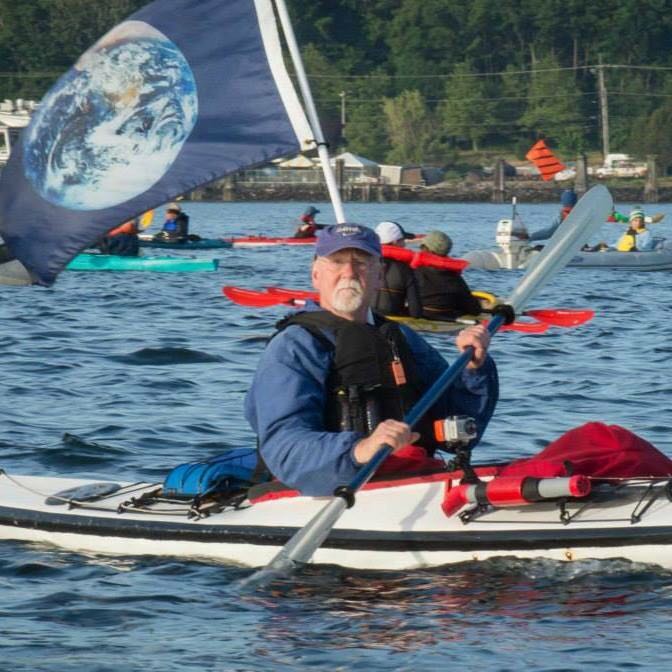 Jeff Snyder’s activism has spanned five decades. He became active in the anti-Vietnam War movement following the Kent State shootings in 1970 and continued that activism throughout the ‘70s. In protest against the US supported Contra War in Nicaragua, Jeff traveled to Nicaragua in 1988 as a member of the Olympia to Nicaragua Construction Brigade, and upon this return, he co-founded the Thurston-Santo Tomas Sister County Association.

In the ‘90s and 2000s, Jeff participated in a number of protests directed at the Gulf War, the US invasion of Afghanistan, and the Iraq War. He first became aware of the Backbone Campaign in 2011 while participating in one of their direct action workshops for members of Occupy Olympia. He continued his involvement with them by taking part in several actions including ShellNo and Break Free From Fossil Fuels; in 2015, he joined the organization's board of directors.

He has recently retired after a long career in elementary education, that included teaching positions in several alternative school settings as well as 20 years as a teacher in the Olympia School District.