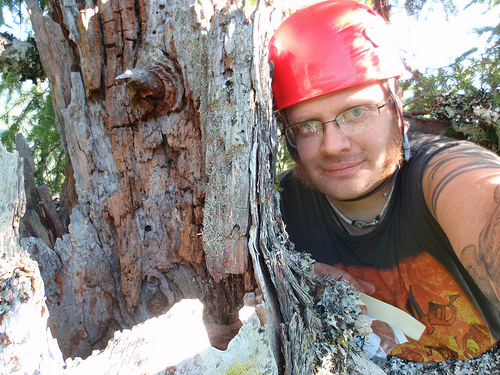 Gedden has been climbing absurd things for well over a decade and has engaged in forest defense on multiple continents. Formed the Earth First Climbers Guild to help standardized climb safety protocols for direct action climbers and has published several texts related to direct action climbing. He has done trainings for numerous groups including Earth First, Greenpeace, and Ruckus. When not teaching others to ascend to the heavens he spends his time composing ecocentric cascadian black metal. Most recently Gedden helped train and mobilize the Tar Sands Blockade