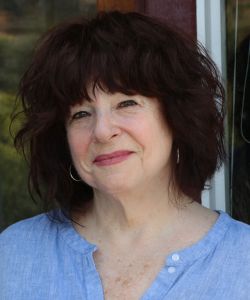 Sabina Virgo has been an activist and a leader in the movement for justice and peace since the mid 1960’s. During that time she was deeply involved the civil rights movement, the student movement, and the resistance to the war in Viet Nam.In the 1970’s, Sabina began working in the labor movement.

While employed as a Rehabilitation Counselor for the state of California, Ms. Virgo organized the first union of state social service professionals – and became the founding president of the American Federation of State, County and Municipal Employees (AFSCME), Local 2620, which now represents 5,000 state employees.

Sabina served on the National Committee for New and Young Workers for AFSCME, was the National Coordinator of the Foreign Affairs Network of AFSCME, and has been an elected delegate to AFSCME International Conventions. During this period, Ms Virgo wrote and edited various union publications.

During the 70’s Ms. Virgo was co-chair of the Committee of the Arts to Free Angela Davis, and worked with various groups dealing with the prison-industrial complex.  In the early 1980’s Sabina began working with the Rev. Jesse Jackson. She was a Jackson delegate to the 1984 and 1988 Democratic conventions, led organizing drives for the Jackson campaign in Texas and Iowa, and helped to coordinate ‘Labor for Jackson’ and ‘People with Disabilities for Jackson’.  Ms. Virgo served on the Nat’l Board of Directors of the Rainbow Coalition, as well as the International Affairs Commission of the Rainbow.

Sabina has traveled with peace and labor delegations to Panama (three weeks prior to the U.S. invasion), El Salvador, Cuba, and the West Bank and Gaza.  Ms. Virgo was a facilitator of the Los Angeles Progressive Unity Council – a group which was part of a national effort to bring representatives of organizations of struggle together for the purpose of ‘dialogue’ and collective thinking.

Ms. Virgo is  involved in various forms of independent political action as a member of national independent party networks, and is now a registered Green. She has been part of a national collective called ‘TNT+’ (Thinking New Thoughts, + Rethinking Old Ones), and worked as co-editor of ‘New Winds’, the newsletter of TNT+.  Sabina also served as interim President  at the beginning of the Coffee Party.

Sabina is a writer whose work has been published in The Nation, The Guardian, Crossroads, Peaceworks and South End Press. She has given keynote addresses for the International Women’s Conference, the International Human Rights Coalition, and the Southern California Interfaith Task Force on Central America and various campus organizations. . Ms. Virgo has spoken to prison organizations, as well as at community forums and campus conferences throughout the United States.  She is also trained mediator, and has worked in this capacity at UCLA and in  labor and corporate settings in the greater Los Angeles  area.

Sabina is currently working within her community.  She is part of her Neighborhood Council, is a founding member of the MLK Coalition of Greater Los Angeles.  She is currently focused on the movement  to control climate change. Joining with others to protect the earth’s environment, Sabina is a member of So. Cal Climate Action Coalition: 350.org.