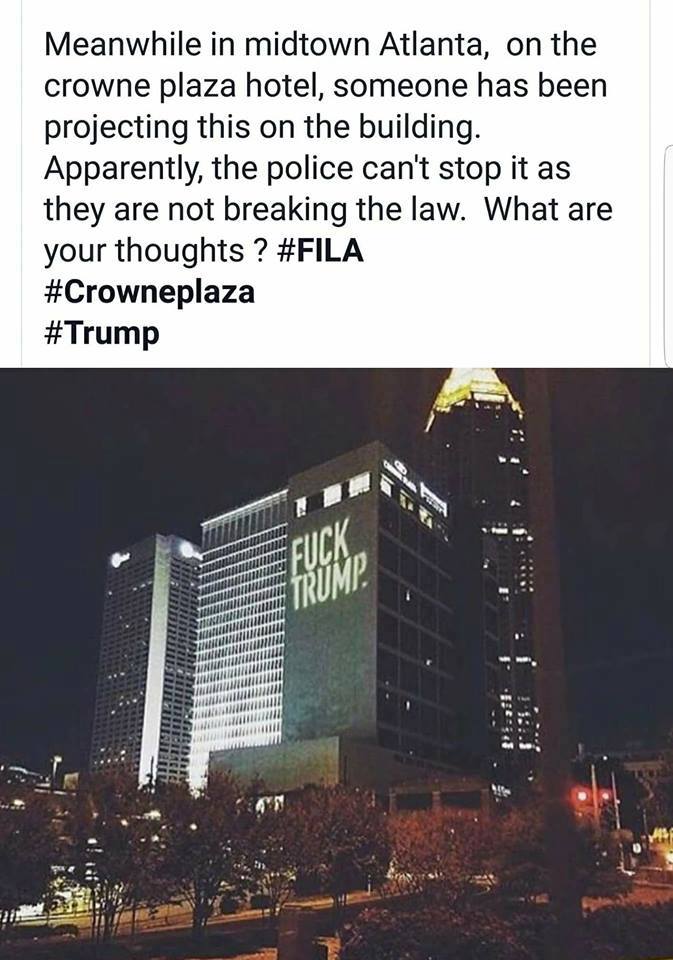 Atlanta Solidarity Brigade, part of the network of affiliated Guerrilla Light Projection teams and members of Democratic Socialists of America (DSA) projected a denouncement of the regime and party of Trump in two simple words.

Just after the election in 2016, and then again on the anniversary, they represented the sentiments felt by many members of their community.

In an NBC affiliate television interview DSA member Milton Tambor had this to say:

"Sometimes you've got to do something shocking and startling. Sometimes, it makes people uncomfortable."

A year later, those fears have most certainly proven to be well-founded.

(More from that television segment HERE)