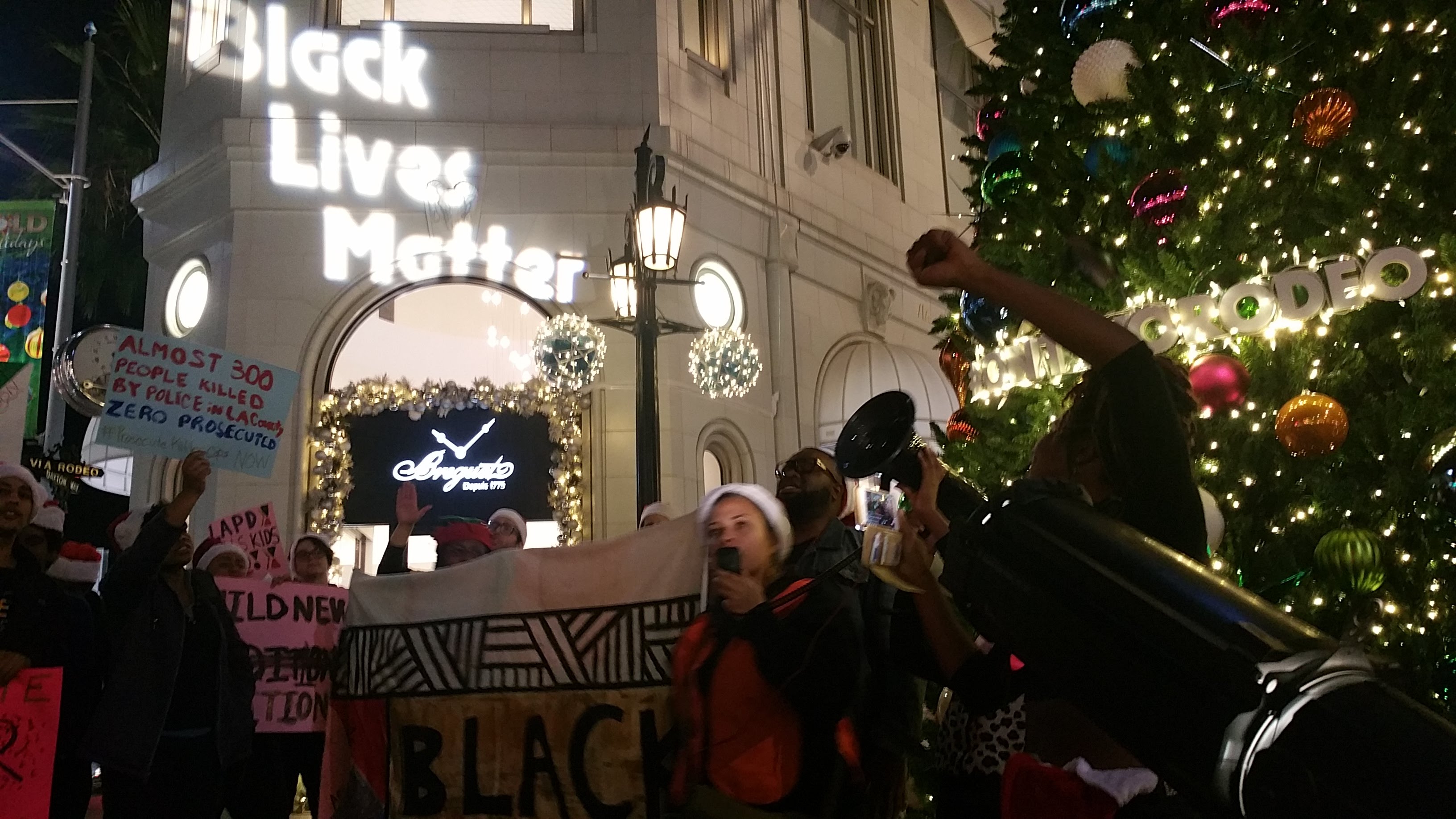 For a second year Black Lives Matter—Los Angeles is calling for a #Black Xmas. The holiday season campaign, which started on Black Friday and ends on January 1, urges Black people to divest from “White capitalism” by redirecting dollars that would have gone to White corporations to Black community organizations and businesses. The campaign asserts that White supremacist capitalism, including that of President Donald Trump, lies at the root of police and other state-sanctioned violence against Black people. - From Colorlines.com

For more about a Black economic agenda check out this op ed in the LA sentinel.