Rally In Support of the Scapegoated Lac-Mégantic Rail Workers 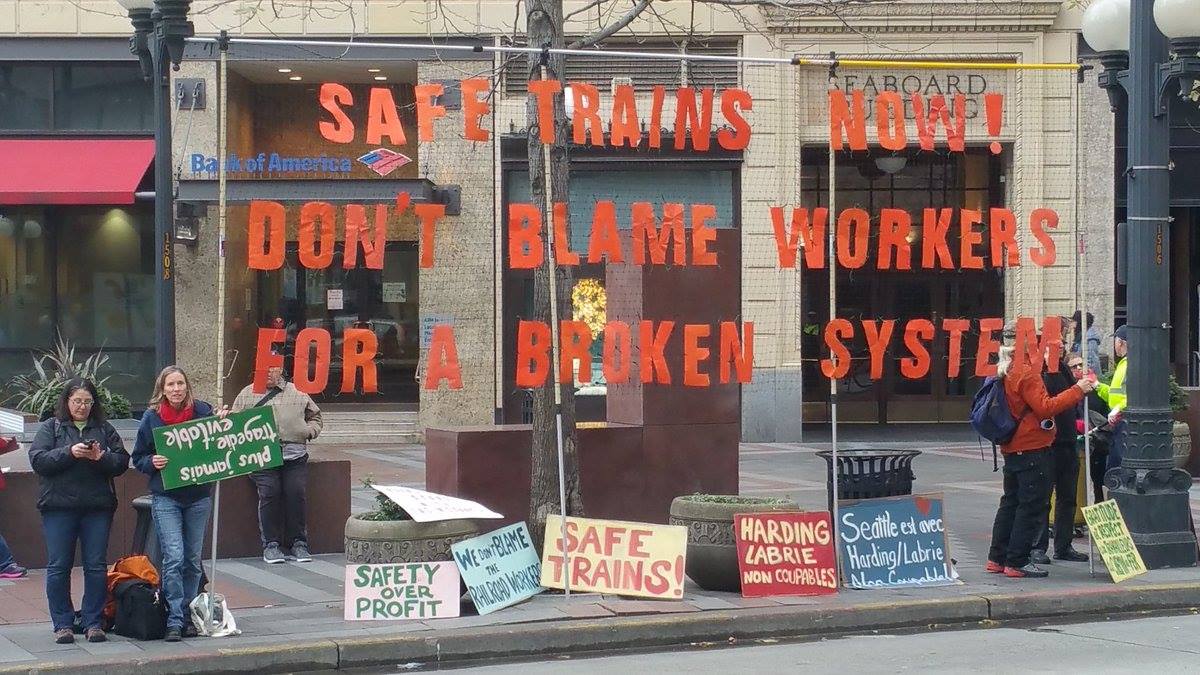 Across North America and around the world this week calling for real rail safety and accountability regarding rail disasters like the 2013 Lac-Mégantic oil train wreck. Railroad workers, rail safety and environmental activists will be calling upon the Canadian government to drop the charges against framed up rail workers as the prosecution case against them unravels. Canadian rail workers Tom Harding and Richard Labrie are currently on trial for the deaths in that disaster. The criminal trial has highlighted the connection between dangerous railroad policies and the need to hold the right people accountable for the danger created.

Rail safety activists called on the Canadian government to stop it's diversionary prosecution of rail workers who have no control over the majority of the causes identified by government reports and independent investigations. In many cases, the causes identified are also at issue in other railroad wrecks in the last years, yet no policy makers are held accountable.

The trial testimony has been clear. The actions of rail workers Harding and Labrie did not cause the Lac-Mégantic tragedy. But risky decisions and policies by railroad managers and their government regulatory enablers must be addressed and those responsible held accountable if we are to have rail safety across North America.

Read Backbone's letter to the Canadian government in solidarity with the workers.