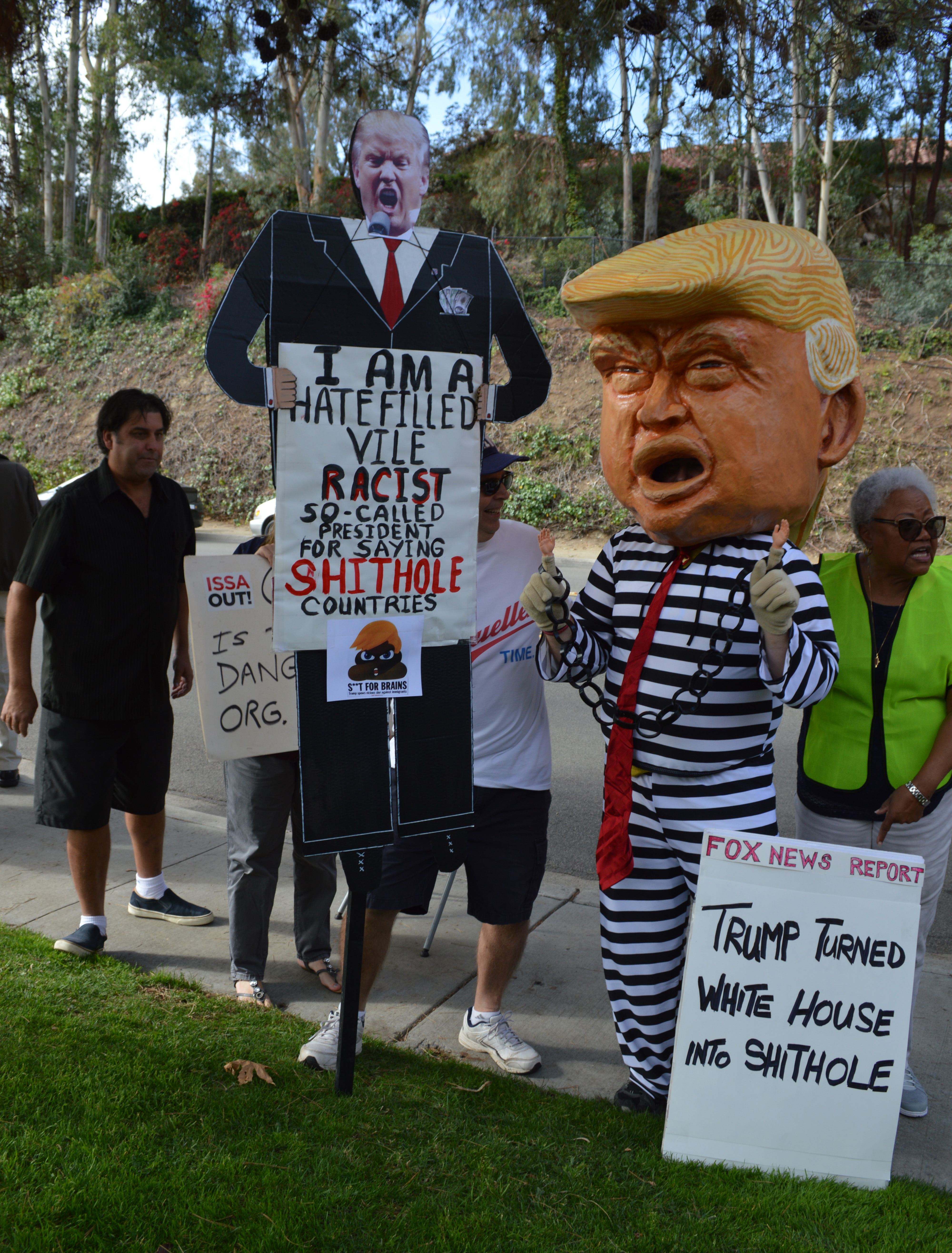 In front of the local office of Congressman Darrell Issa, Backbone Solidarity Brigade members performed a bit of street theatre with members of Together We Will. In the street theatre, an actor playing Robert Mueller delivered a subpeona to a an actor wearing the giant Trump head. Trump disappeared momentarily then returned in prison garb and was loudly booed by all onlookers.

Utilizing Backbone Campaigns beloved giant Trump head San Diego Brigade members Chris West, Will Johnson and Larry Pierce joined forces with Together We Will San Diego to perform an arrest of Trump with an actor playing the role of Special Investigator Robert Mueller. The script involved Donald Trump coming to San Diego to inspect his much-derided border wall prototypes (it is predicted that the President will appear in SD soon to so precisely such an "inspection") HOWEVER Bob Mueller presented him with an subpeona. Minutes later, Trump re-appeared wearing prison garb. Lots of folks wanted their photo taken with the jailbird Trump, and this opportunity was afforded them. Chris West was our official photographer. Together We Will North County describes it purpose as to defend equal rights, fight for the environment, hold our elected officials accountable, and more. As can be seen in one of the above photos, pro-Trump forces had a speaker system across the street the purpose of which was to drown out and/or harrass the much larger ant-Trump event talking place on the other side of the street. No violence was reported. 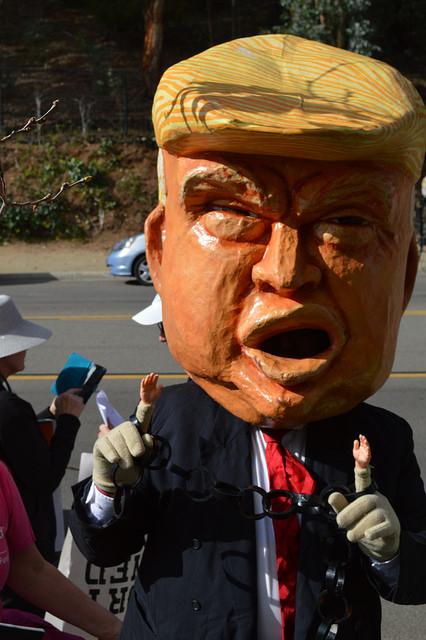 Artwork by Bill Jarcho, Tom Gross-Shader and a fleet of talented Backbone volunteers!