Backbone made the news this week, with this beautiful action in downtown Seattle. To mark the UN's World Wildlife Day, we gathered a bunch of friends who love salmon and orca to create a Human Orca Mural.

The action called on Senators Maria Cantwell and Patty Murray, Governor Jay Inslee, and President Joe Biden to nourish the Southern Resident orca (including the new orca calf spotted this week!) and to save the Snake River salmon from extinction by BREACHING the four Lower Snake River dams. We are very grateful to all those who helped make this possible.

Our favorite drone footage is this fun piece of folks "magically" forming the shape of an orca:

In a world in which so much is outside our control, stepping up for the salmon and orca is something the people of Washington, Idaho, and Oregon can rally behind to make a better future for our children.

* The phenomenal drone footage for the reverse coming together of the orca was shot by Justen Weber of WWW.ARTVIZ3D.COM, in collaboration with filmmaker Mark Titus of the www.thewildfilm.com We are grateful to all who showed up and helped make the orca! And thank you to the many folks who pitched in with set up and clean up, as well as to videographer Jeff Dunnicliff, speakers Joseph Bogaard and Owen Begley-Collier. For images to share on social media, check out Backbone's Flickr Album 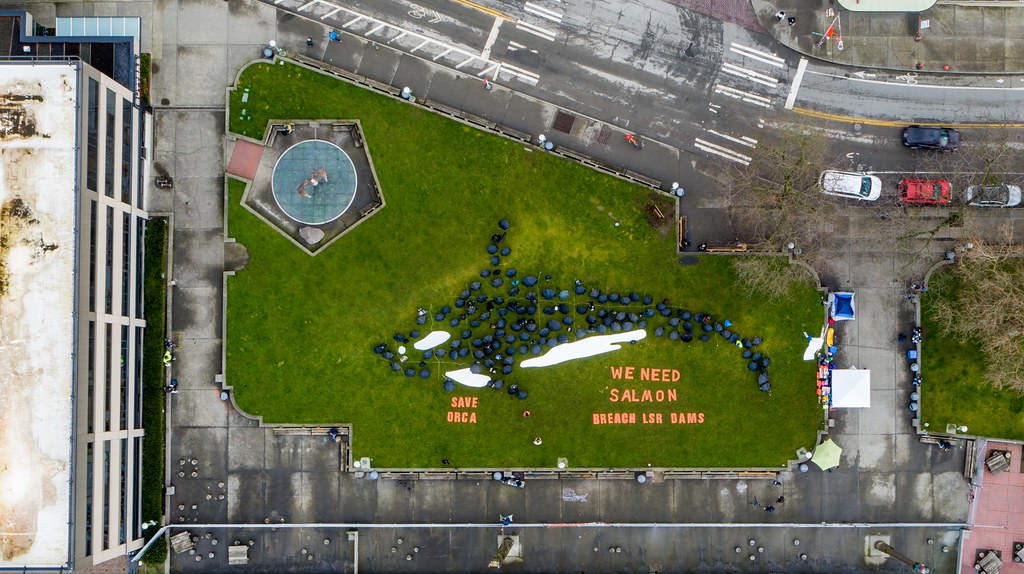