27 Sept 18: Backbone San Diego projected several messages on the courthouse related to supporting women and stopping both Kavanaugh and Trump. 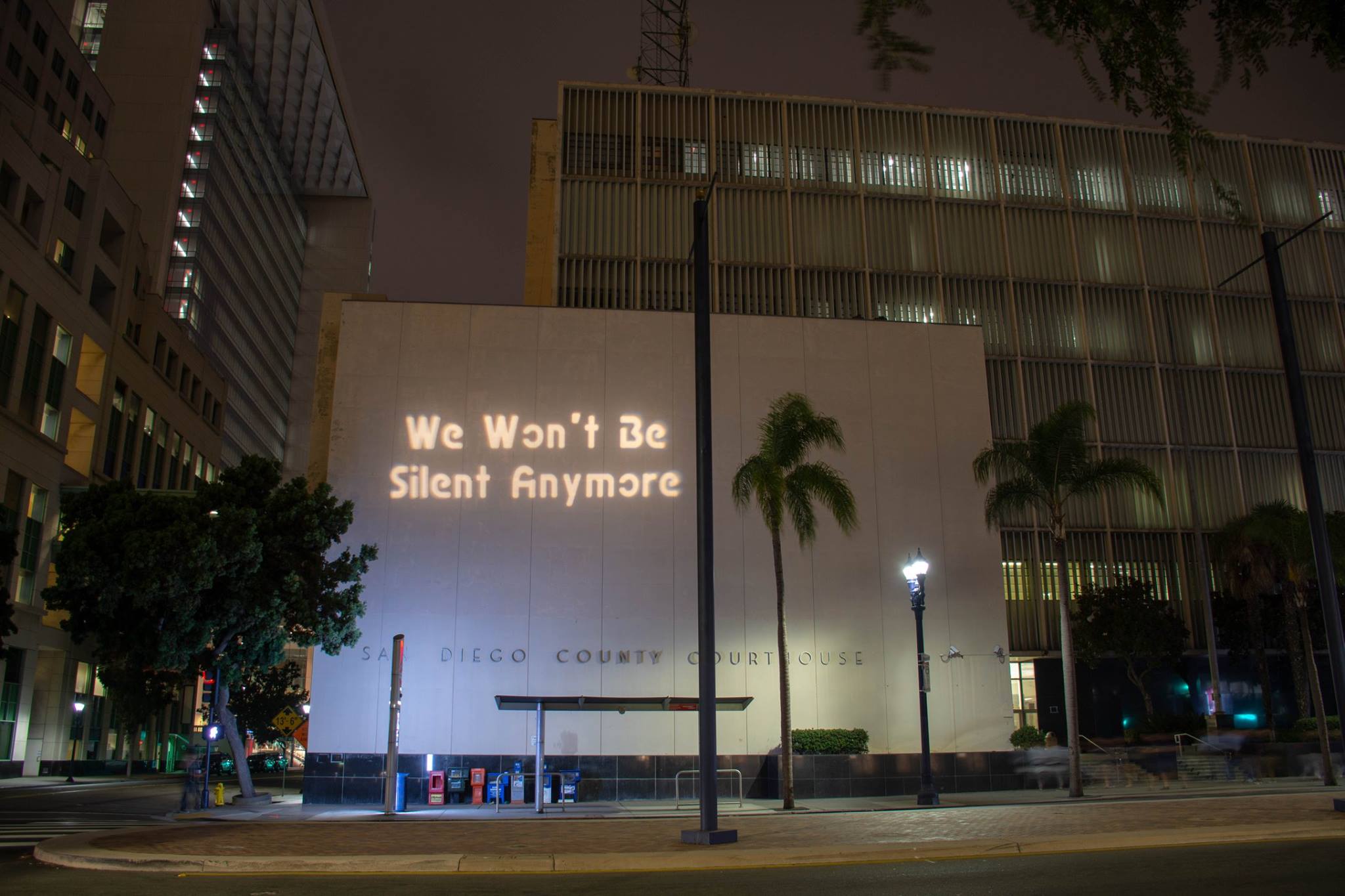 Backbone San Diego saw how many people were absolutely disgusted over the treatment of Dr. Ford during the Judiciary Committee hearing, and sprang into action to support her! They created a call to action on their Facebook page, and asked folks to come out.

Check out the event page.

Initially they tried to project on the new Federal Courthouse, but DHS came and told them that they have to get a permit to protest there or else be ticketed. They moved to the County Courthouse a half block away in order to avoid the ticket, and there met up with some more supporters and the media.

"We were there for about 40 minutes before our battery started to die. It was a lot of fun, and the pictures we got out of it were spread far and wide." ~Will, San Diego

Projections read "We Won't Be Silent Anymore" and "#StopKavanaugh". 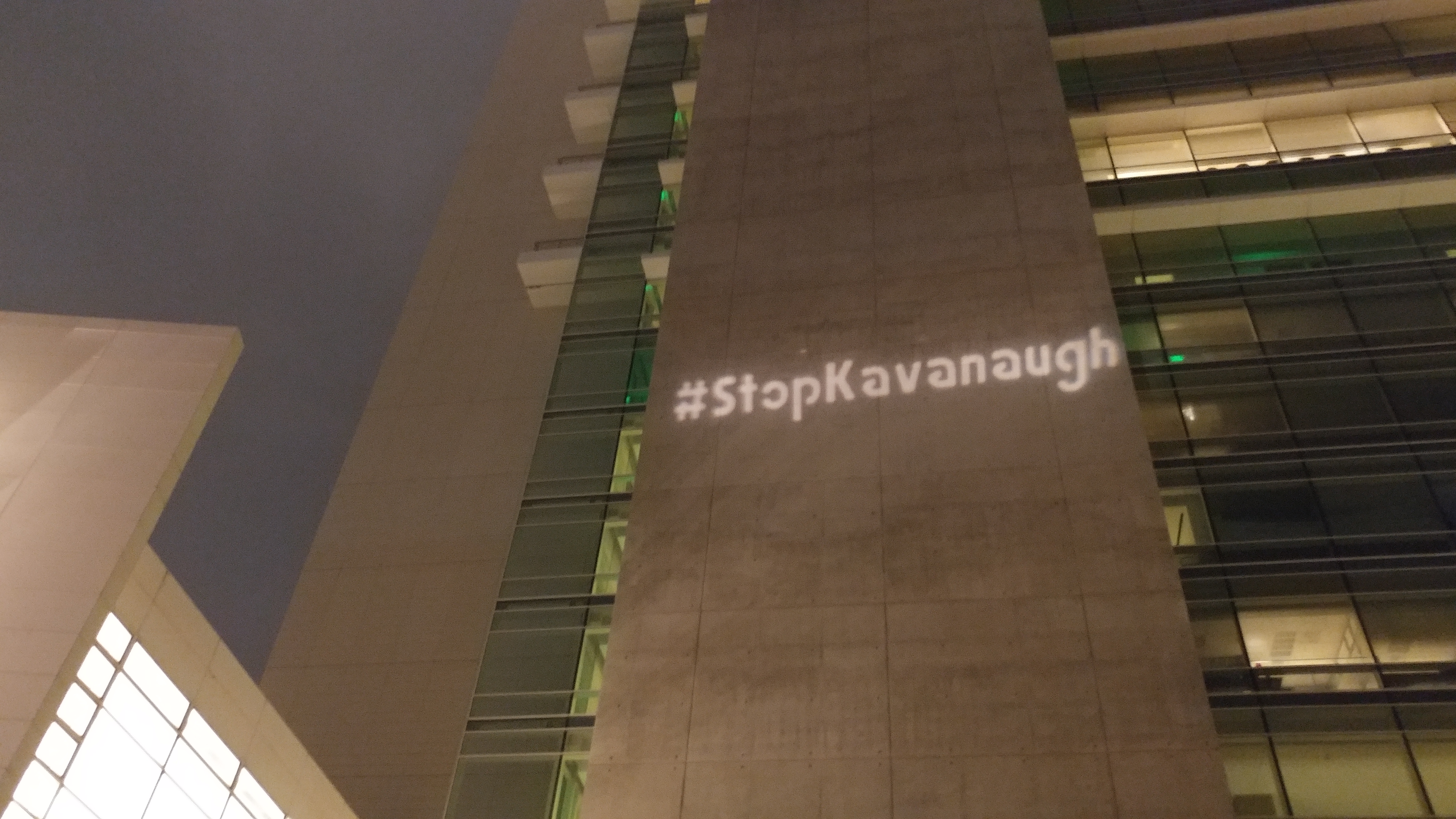