Freeway Bannering Is an Easy & Effective Way to Spread Your Message!

Freeway bannering is a powerful tool for activists. It's inexpensive, most of the required materials are reusable, and it's an effective way to reach thousands, even tens of thousands, of people in a short period of time. It is also a powerful way to literally stand by your message. 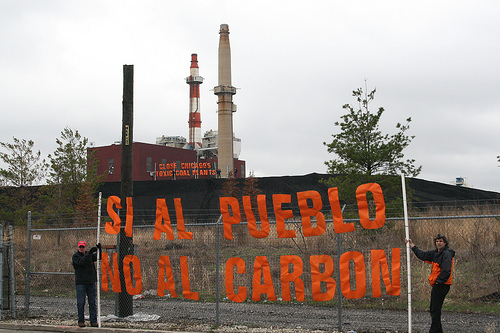 Be safe! Never attach banners to or drape them over an overpass. Do not, in any way, endanger traffic.

Good luck and have fun! 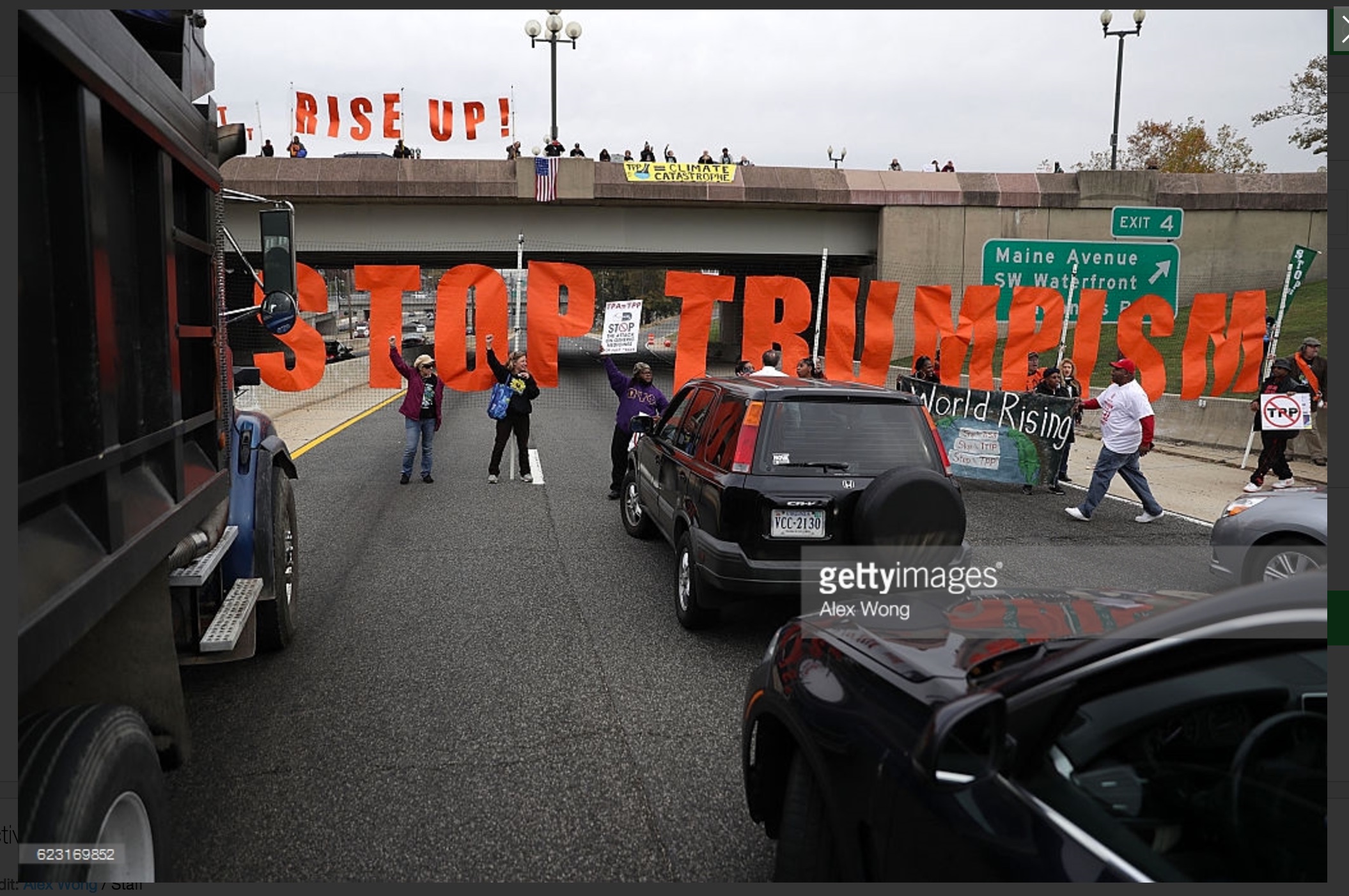 The image to the right shows the warning given to Backbone Campaign affiliated activists who were preparing to resume a Wednesday morning vigil in Seattle that they kept faithfully for eight months in 2006 on the Yesler overpass. The same notice was delivered to AM 1090, Seattle's popular progressive talk radio station that had joined activists during the 2006 vigils.

"What's strange is that they seemed to know that we were going to begin again, and they were ready for us," said Jayn Foy an unassuming mother of two and resident of the Leschi neighborhood. "1090 had emailed that they received a warning and we thought it was strange, but ignored it - but then when the police arrived before we even were able to unroll our banner - handed us the same note - and said they'd arrest us for trespassing if we came back...well that's when it got a little spooky," Foy concluded. 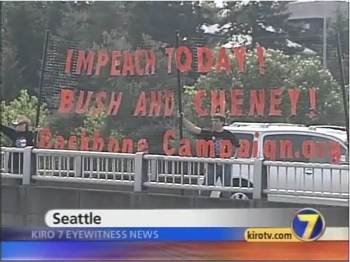 Freeway bannering was the first tactic adopted by the group of artists that preceded what later became the Backbone Campaign. Similar efforts to intimidate people using bannering as a communication method failed in 2002. At one point the activists used a non-functional Walkman to convince the police that their efforts were being recorded and they'd be held accountable. The face-off lasted for more than an hour and by the end the Yesler overpass had seven SPD and State Patrol vehicles and more officers trying to convince those bannering to leave - but who refused until they were shown an actual law that they were violating and given a ticket to dispute in court.

In the end it was the police who had to do an about face while the Sergeant in charge agreed with the demonstrators that it was a freedom of speech issue and that as long as nothing was attached to the overpass or draped over the overpass - that they could set up their banner and continue their vigil.

"These threats will be couched in language of public and traffic safety. These are issues we take very seriously and would never do anything to endanger passers by" says Bill Moyer, Executive Director of the Backbone Campaign. "The fact is that we also take our Bill of Rights quite seriously. There are many distractions while driving including giant sexy billboards, bumper stickers, cell phones, children and more, but none of those are going to be made illegal. There is a tradition of this kind of speech by candidates, businesses, and demonstrators of all types. The fact is that our activities are legal, and the only reason we are being confronted is the nature of our message. Well folks, regular people don't have access to Clear Channel billboards, the corporate media ignore the messages we are delivering, and even the political parties have so constrained debate that there are very few venues for us to reach each other. The overpasses are one of the last and we plan to stand firm as long as there are people that love what America claims to stand for- Freedom."