Activists went to the annual Conservative Political Action Confererence (CPAC) in National Harbor, MD to answer the question- how do conservatives feel about the declaration of a state of emergency at the southern border? 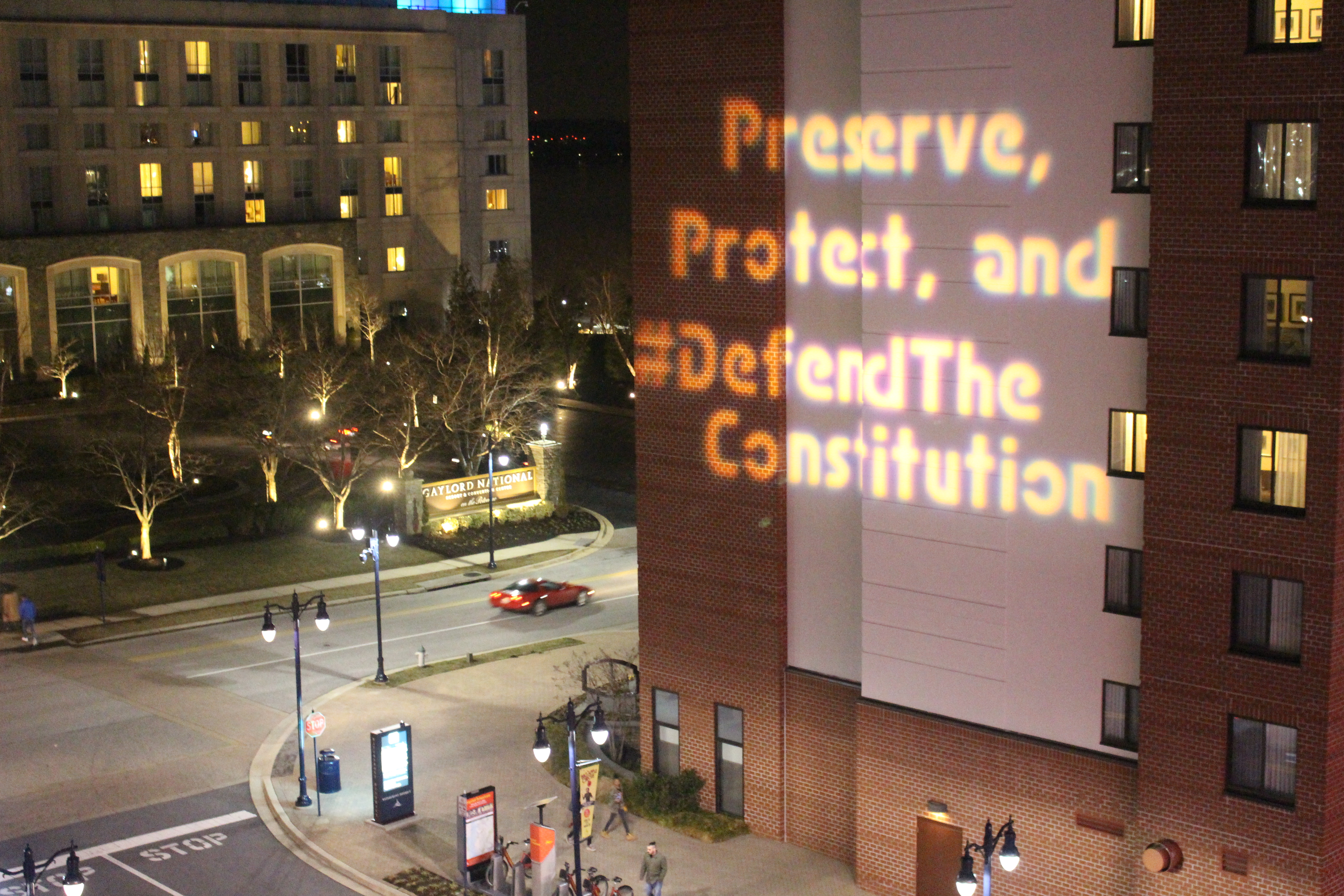 D.C. local activists went to CPAC to find out attendees feelings on the President's declaration of a state of emergency.  They learned that while many attendees felt there is indeed a state of emergency at the southern border, most felt that the declaration was Unconstitutional or at best raised concerns about abuse of this power in the future by Democratic Presidents.

That evening they projected messages about the "fake border crisis" and protecting the Constitution onto the buildings where the convention was being held. 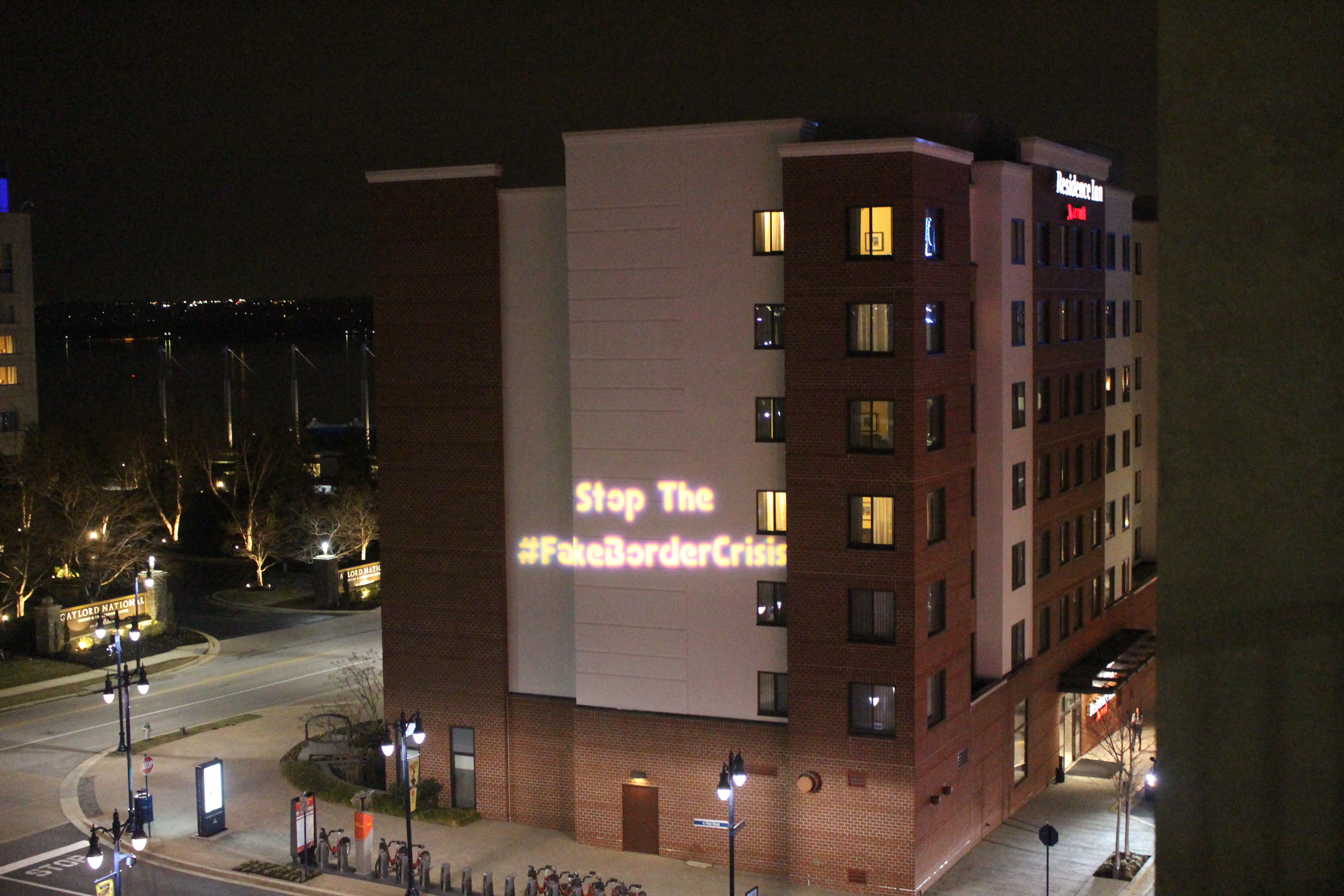