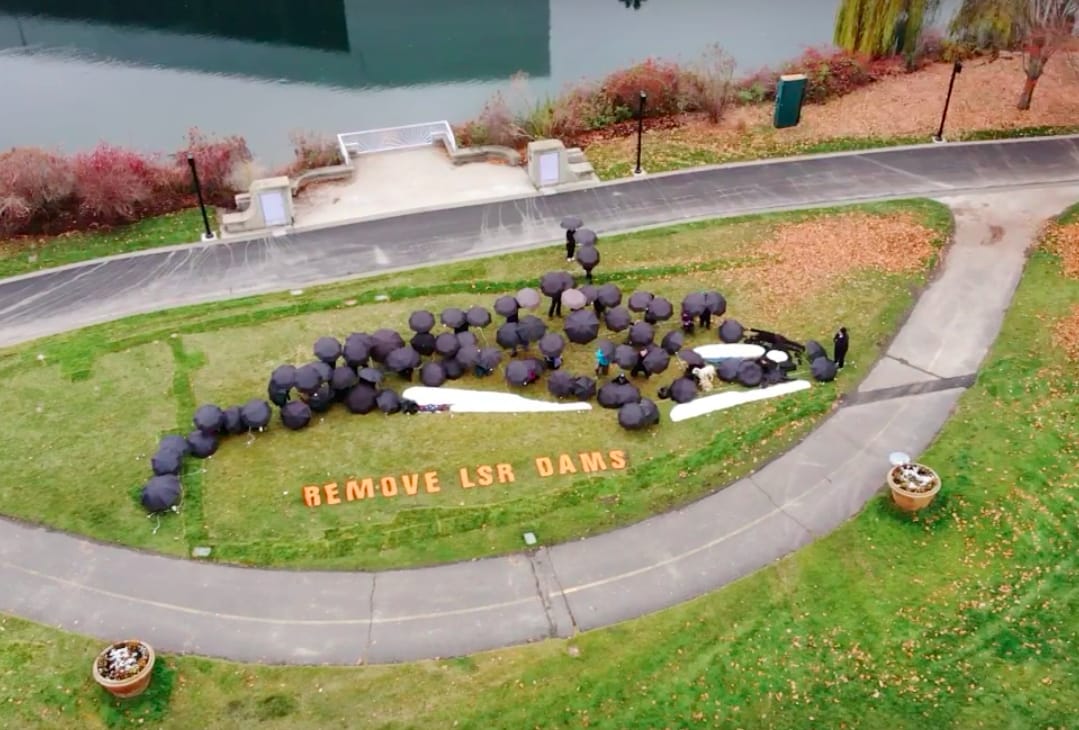 Governor Inslee will soon be submitting recommendations to the state legislature on how to save and restore our imperiled whales. Our orcas are starving from lack of chinook salmon, their primary food. Removing the lower Snake dams and spilling more water at dams is critical to feeding our whales.

For the event, folks dressed in black to fill up the space inside the orca grid. Photographs of the event were sent to Inslee as a show of Eastside support for Washington's whales.

Check out the Facebook event page for more event details.

Also see amazing footage produced by activists at the event! This is a longer video that includes drone footage of the orca forming along with interviews and the final mural. This is a shorter video of drone footage of just the completed mural from different angles. (Video links will open YouTube.)

Go to Rewild Spokane on Facebook to get in touch with Spokane organizers and activists! 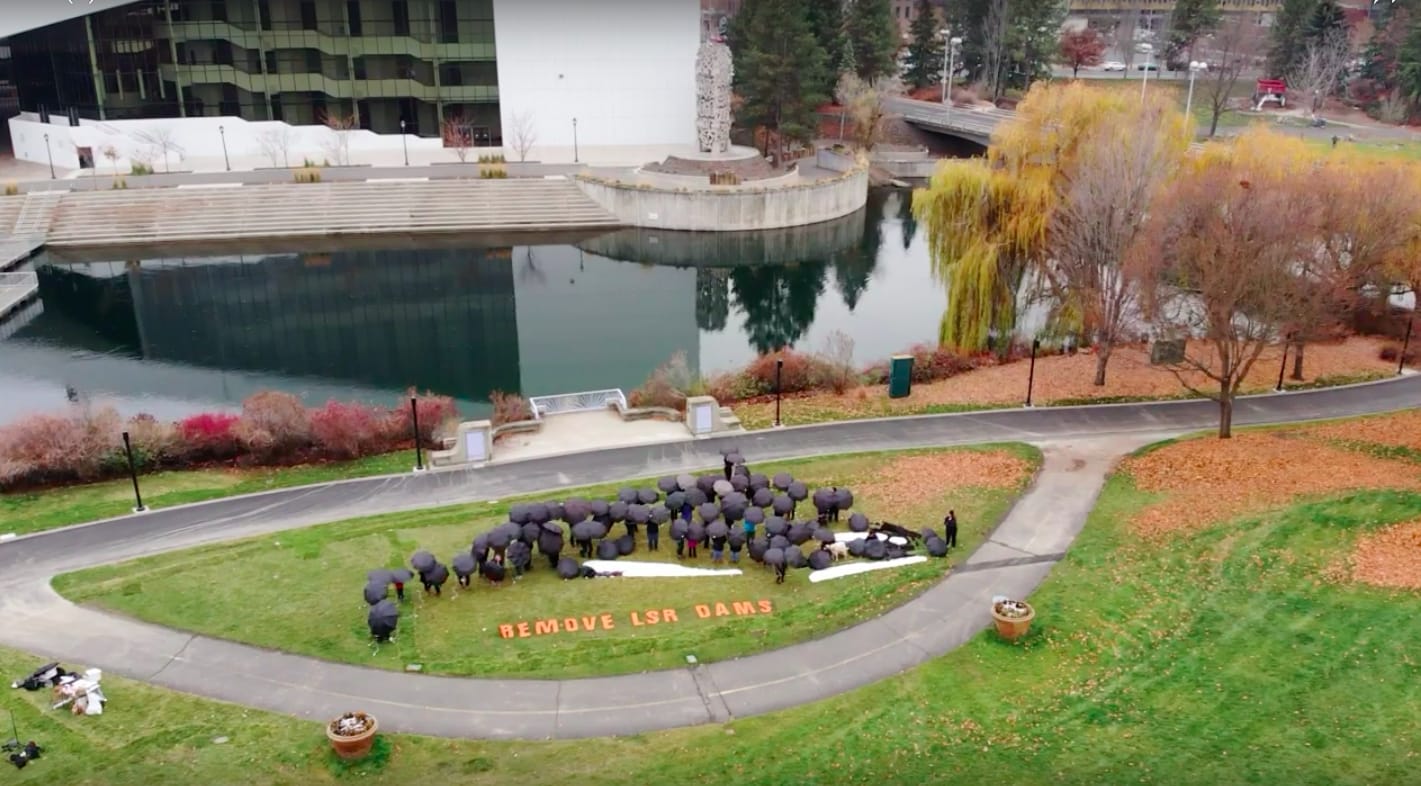