After learning where Vice President Pence would be staying in their city, the San Diego Solidarity Brigade quickly organized an action to inflate the Baby Trump blimp across from his hotel. 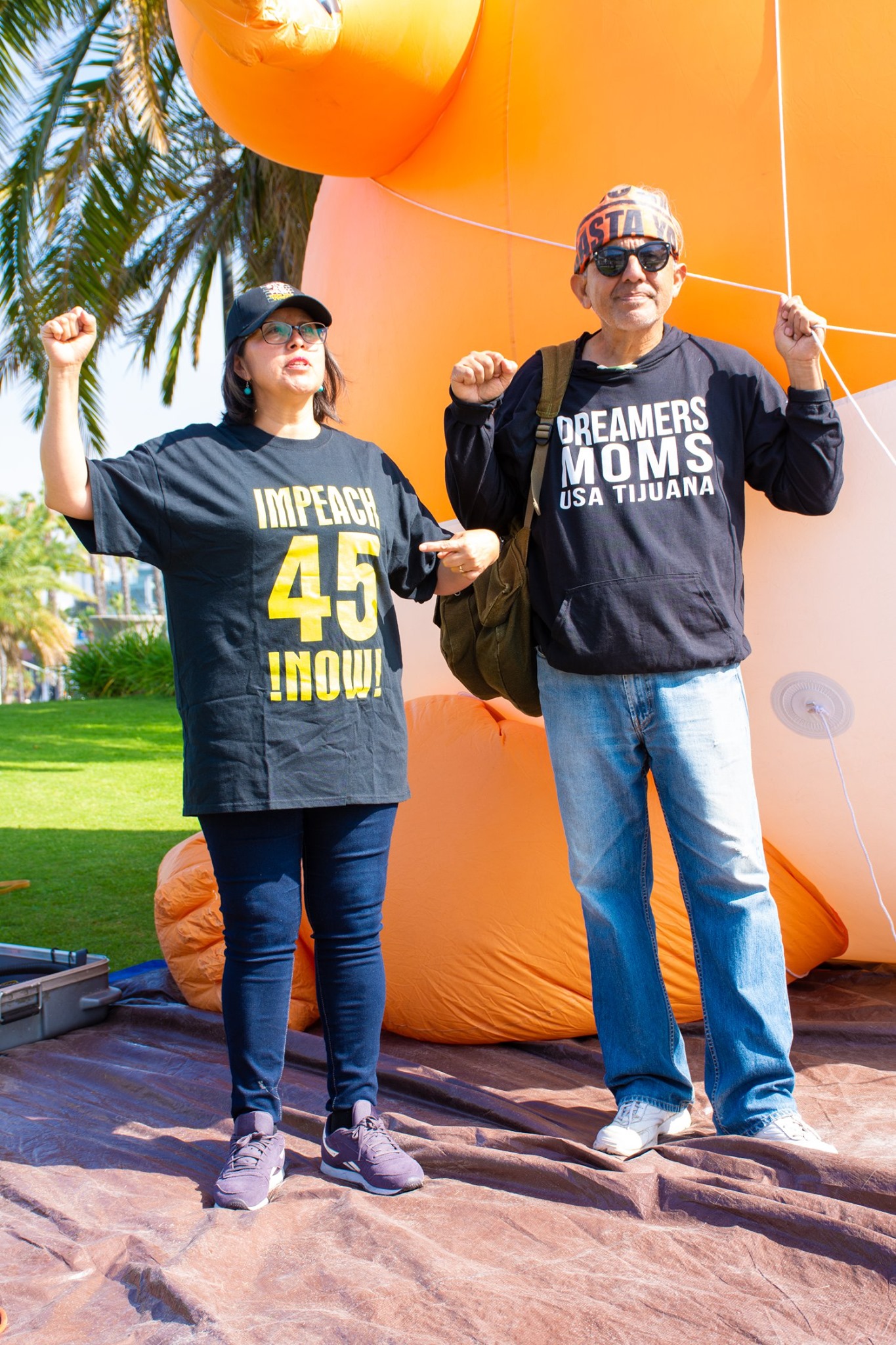 The crew showed up to inflate Baby Trump in the early morning in a public park across the street from the hotel and had him up by 8:00 a.m.  Allies showed up throughout the morning to protest V.P. Pence and take part in an impromptu rally and open mic.  Local media also showed up with their cameras and filmed the inflation and the protest and interviewed attendees and organizers.  A nice bonus was that attendees of the ESRI convention at the convention center across the street came out to take pictures with Baby Trump and spread the word to other attendees to the point it became a steady stream and a photo booth opportunity to get more exposure for the Baby Trump.

After 9:30 organizers became concerned they missed the VP but as it turned out the motorcade was set up for him to exit from a side of the hotel not visible from where Baby Trump was set up.  The team debated on trying to move the blimp within eye shot of this exit, but opted to leave it where it was until around 10:00.

Although the crew unfortunately never got to see V.P. Pence, they certainly hope that he had a view of the blimp from his hotel room. 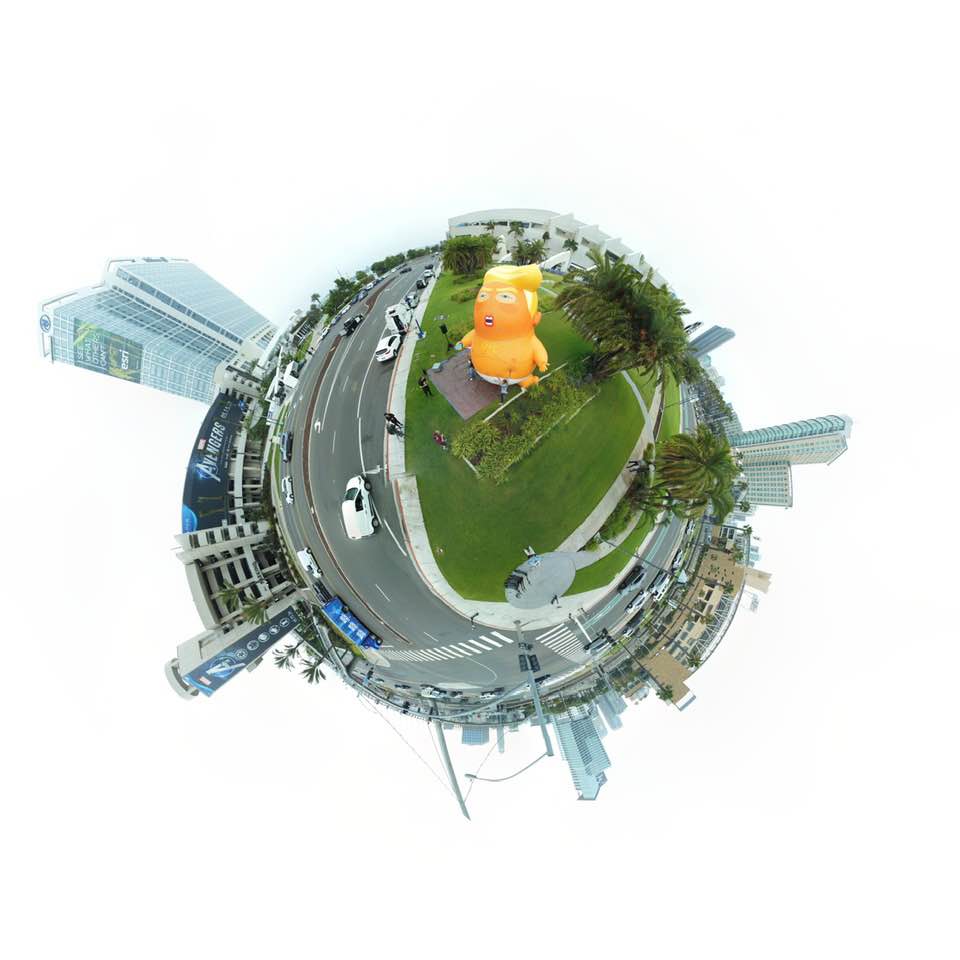 The solidarity brigade only had a small group, but because they had a highly visible prop with the Big Baby, and a solid media list of news outlets to send press releases to, the action was an incredible success and 10s of thousands of people saw it when those news outlets posted the stories on social media.

More photos of the action can be viewed HERE. 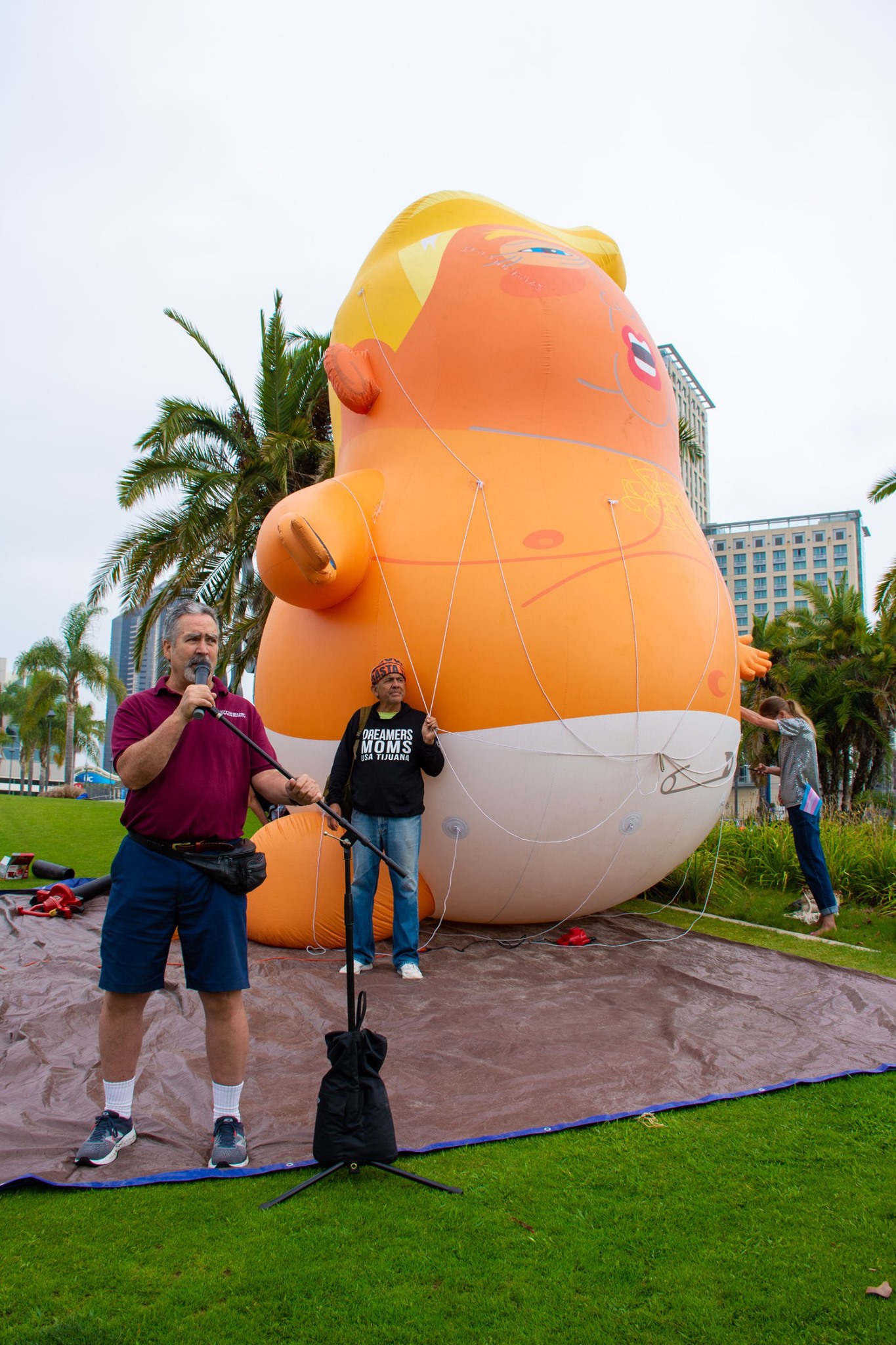