New Backbone friend in Arizona Liz Kinnamon pulled off her first projection on the night before a critical community meeting on the University of Arizona campus regarding University collusion with white supremacist border guards and threats to students who were victimized because they want them to stay off campus. 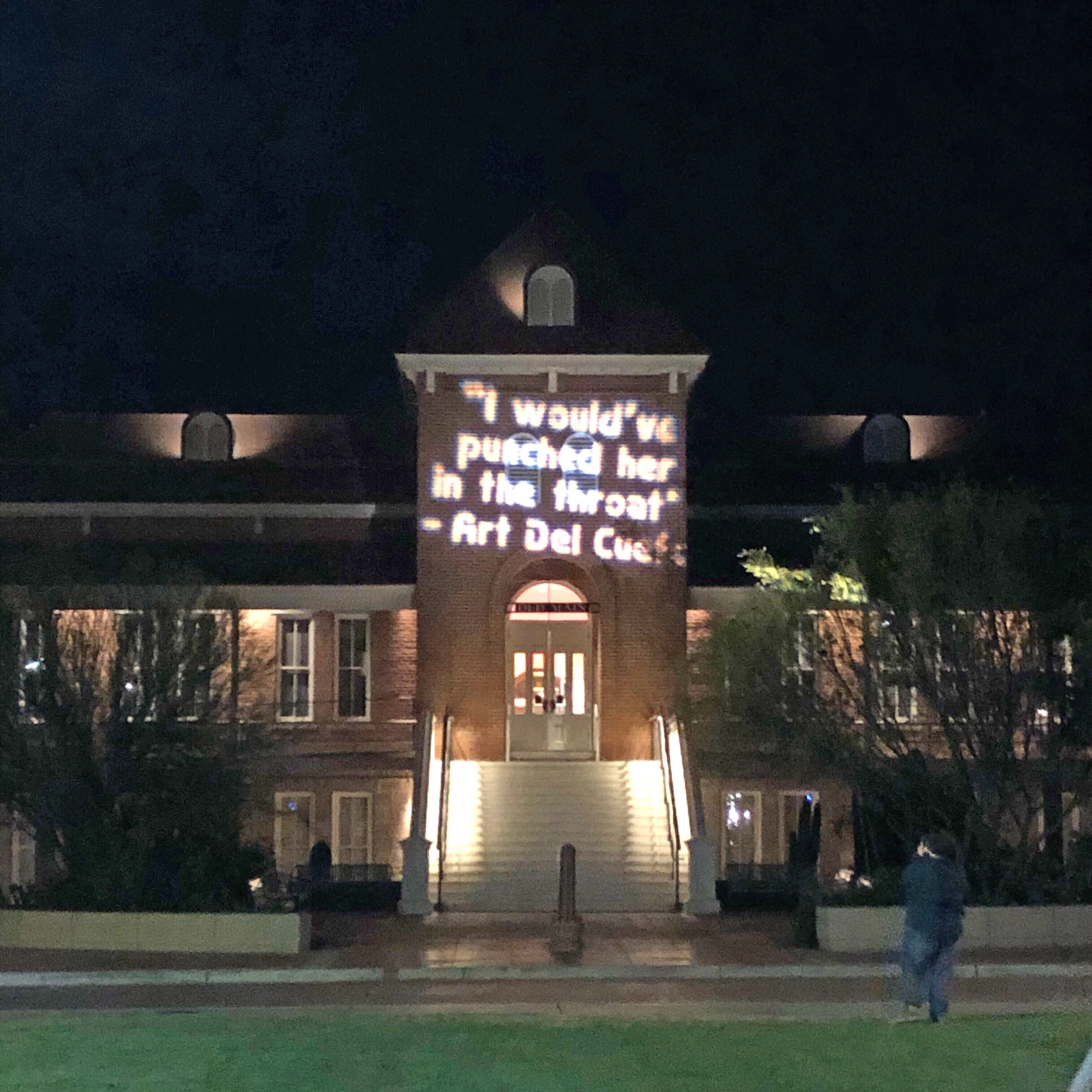 Live from Old Main: the deplorable words of National Border Patrol Union Vice President Art Del Cueto, projected onto the University of Arizona's president's office. Expose the collusion. The charges against #TheArizona3 were only pursued after a Robbins met with VP Del Cueto and a complaint was issued by Judicial Watch.

A public, land-grant university in the border zone should not be caving to white supremacist hate speech, which is what Del Cueto enacts. It is not possible to be neutral or "listen to both sides" when people are being murdered, detained, and deported.  Video of projection can be viewed HERE.

UPDATE: All charges were dropped against the #TheArizona3