D.C. solidarity brigade members in collaboration with the Embassy Protection Collective projected images that further highlighted the illegitimacy of the U.S. appointed Guaido government to follow up the Secret Service's illegal raid and arrest of remaining 4 protectors inside the embassy. 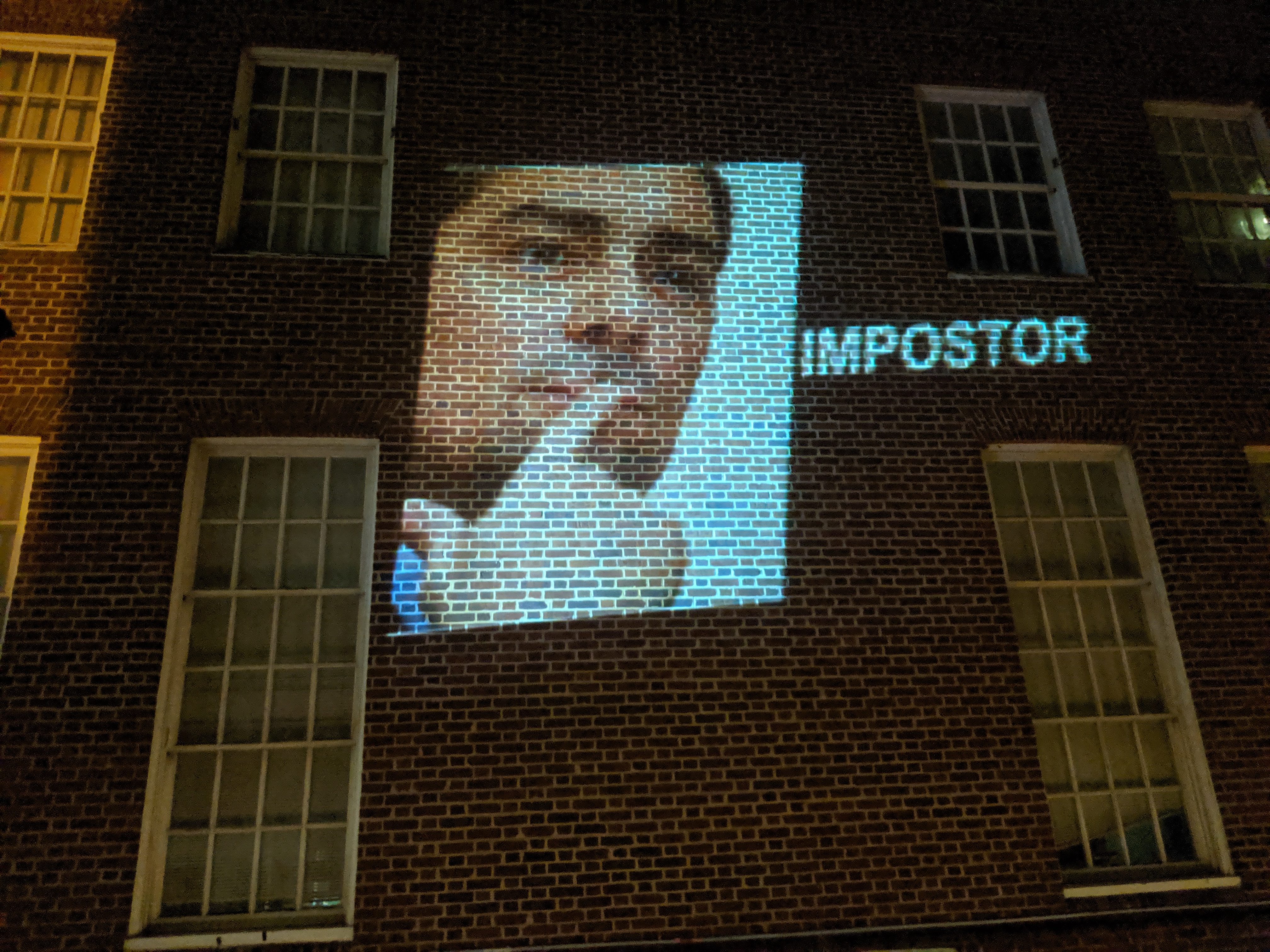 The team projected a slideshow including images of Carlos Vecchio, the ambassador for the appointed government, with the message "impostor", and other messages pointing out that he cannot perform any duties associated with an embassy such as issuing visas, because he has no standing in the elected government in Venezuela.

Other images of elected President Maduro, his predecessor Hugo Chavez, and "Chavez Eyes" an image associated with the Venezuelan Bolivarian revolution, were also a part of the slideshow.

The images reached people in Venezuela via twitter and were featured on the front page of a national newspaper.

An article giving an overview of the situation at the embassy and more details of the action is HERE.  Entire album of images can be viewed HERE, and video of the slideshow can be viewed in this twitter thread. 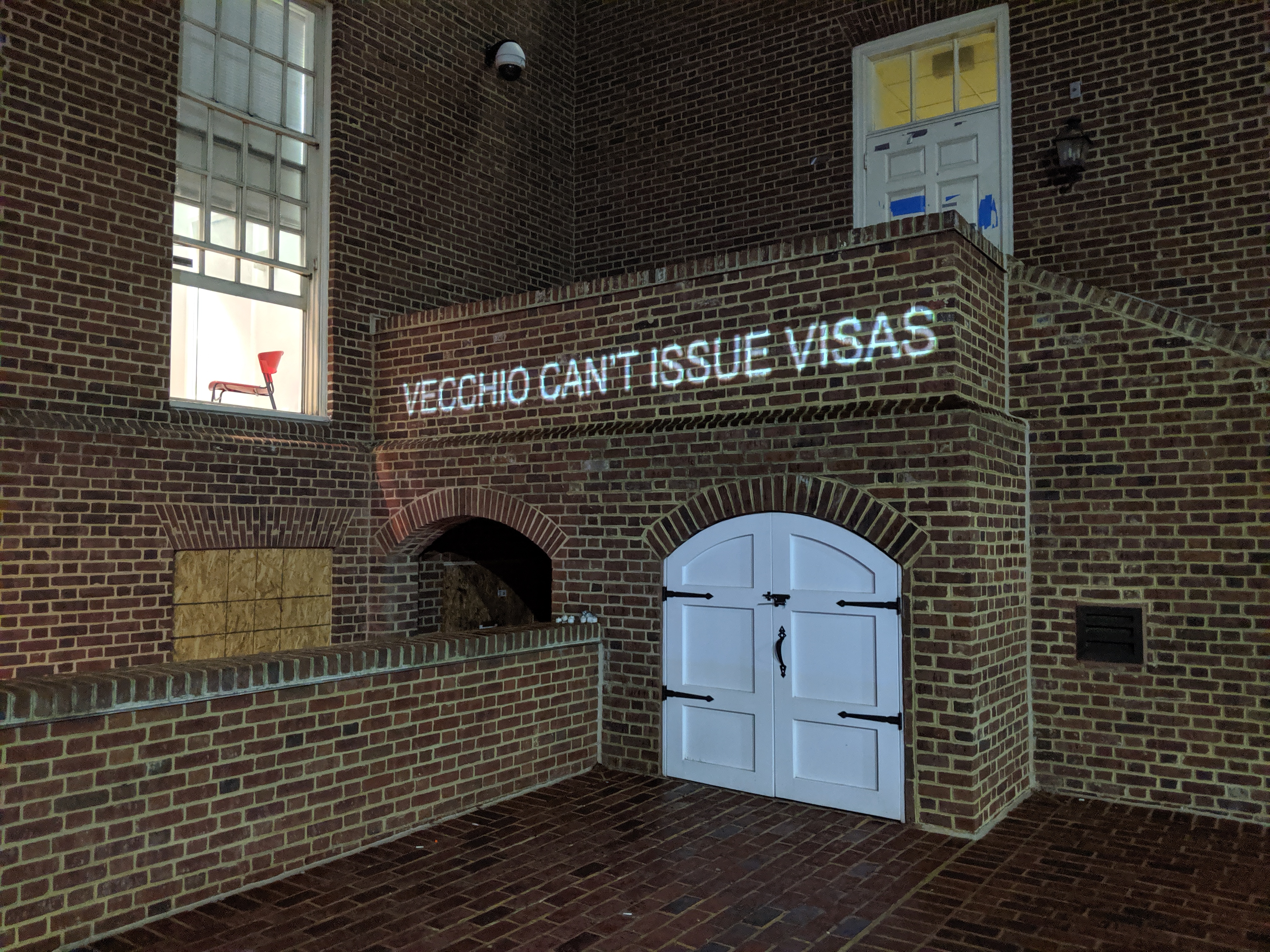