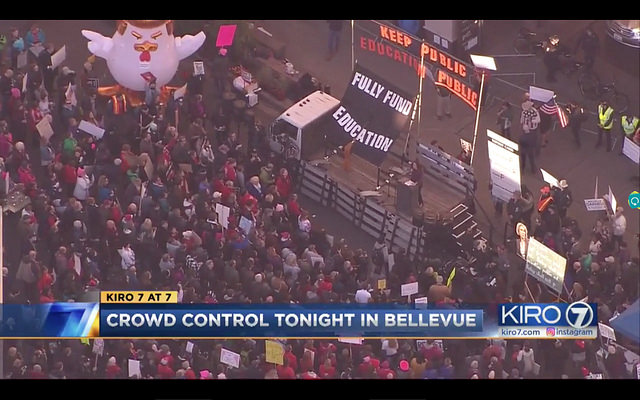 Backbone teamed up with the Equity in Education Coalition, Fuse and thousands of other friends to demand full funding of education and push back against Education Secretary Betsy DeVos's attempts to privatize public education.

Special thanks to Sharonne Navas and Risa Nagel who spearheaded the organizing of the rally. Thanks to Backbone Builder's Guild members Rod, Jeff, Wynne, Art, Don and the volunteers who show up to Backbone's Art Builds like Alix and Jenn, and Bob and Jesse of Rise Up! Productions / NW Stage. Keep Public Education Public! Close the opportunity gap!

From EEC (eec-wa.org)-
DeVos is a notorious proponent of privatizing education, eliminating the regulatory oversight of private schools funded by public dollars, and eroding America’s public education. So far in her time as Secretary, DeVos has made it a priority to disempower the Office of Civil Rights, which handles discrimination charges and protects the most marginalized of students. She has repealed protections for students repaying loans to fund their higher education. And at every chance DeVos has advocated for privatizing public education, a controversial and at many times unsuccessful mission of hers, that will serve to the detriment of students everywhere. 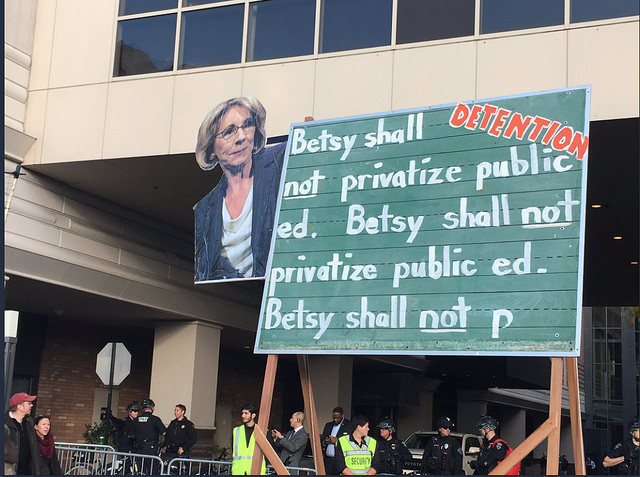 Right now in Washington, we are on the brink of crafting a plan that will fully fund K-12 education for each and every child. This is a unique opportunity for achieving an equitable and thriving public education system – Secretary DeVos, who has only promoted privitization and its accompanying prejudices, is the last person who should be influencing our state’s education policy right now.