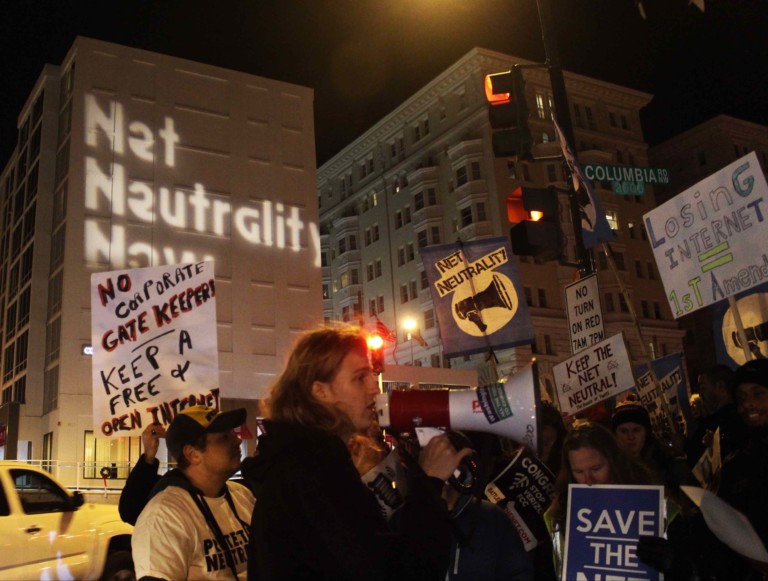 Roughly 60 people stood outside the Hilton with signs and posters while a giant projection lit up a hotel wall across busy Connecticut Avenue.

Organizers led the group in chants and asked people to come up and share their reasons for being at the event. The wide array of stories showcased the far-reaching and diverse importance of an open and accessible net. 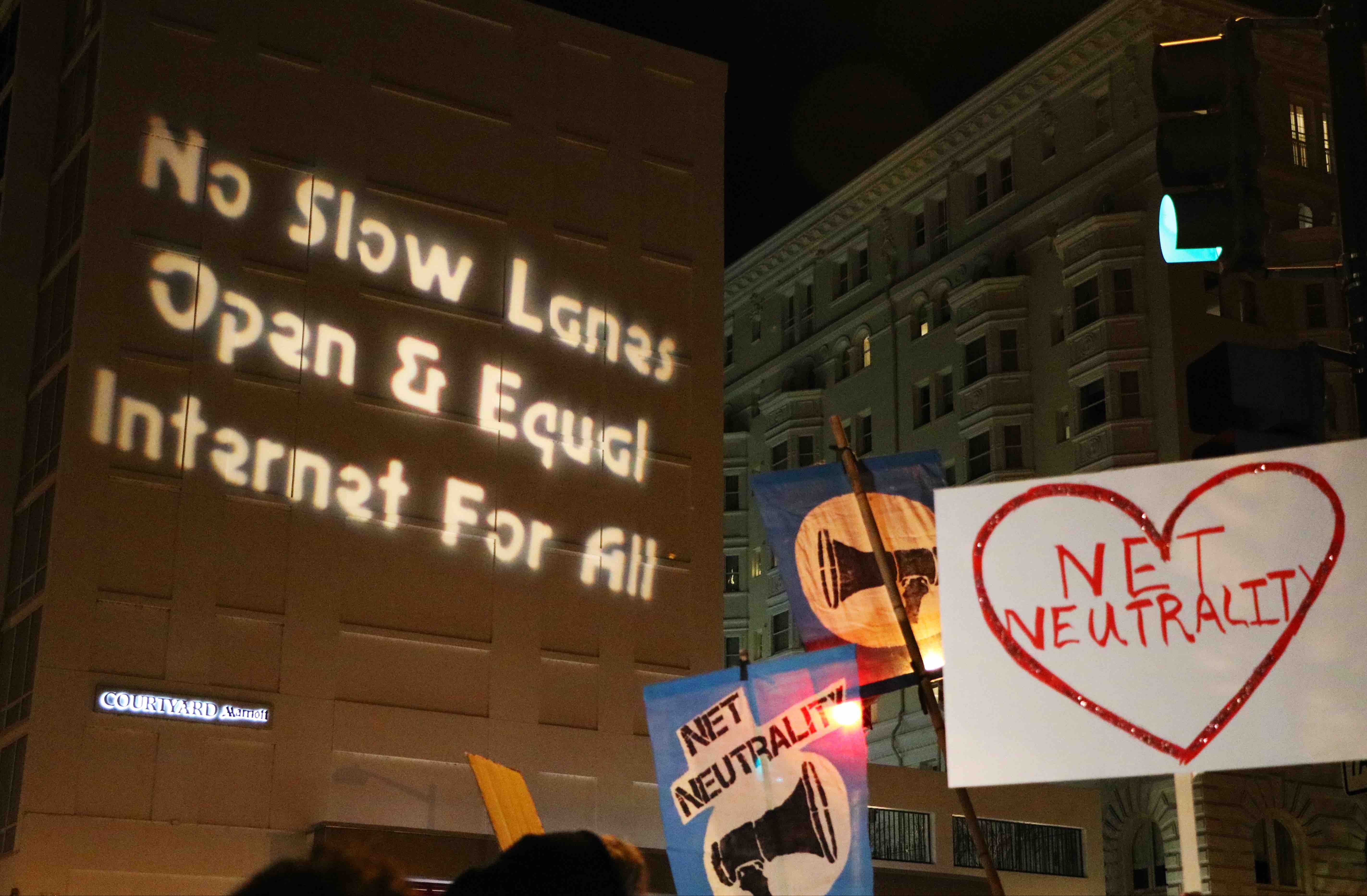 One protestor shared their story of coming out and feeling ostracized and isolated until they found an online community for support and engagement. Another protestor shared his story of coming from another country and using the internet not only to connect to family far away but to engage with his new community here. Yet another protestor spoke of living in the Democratic Republic of Congo and the terrifying ease with which the government turned on and off internet access there. His sentiments were echoed by another man who spoke passionately about how no free society can possibly exist without free speech, which the internet provides.

Variety covered included some quotes from the protest in the coverage.

Learn more about the issue at Art Killing Apathy and Popular Resistance.