Redecorating the FCC to #SaveTheNet 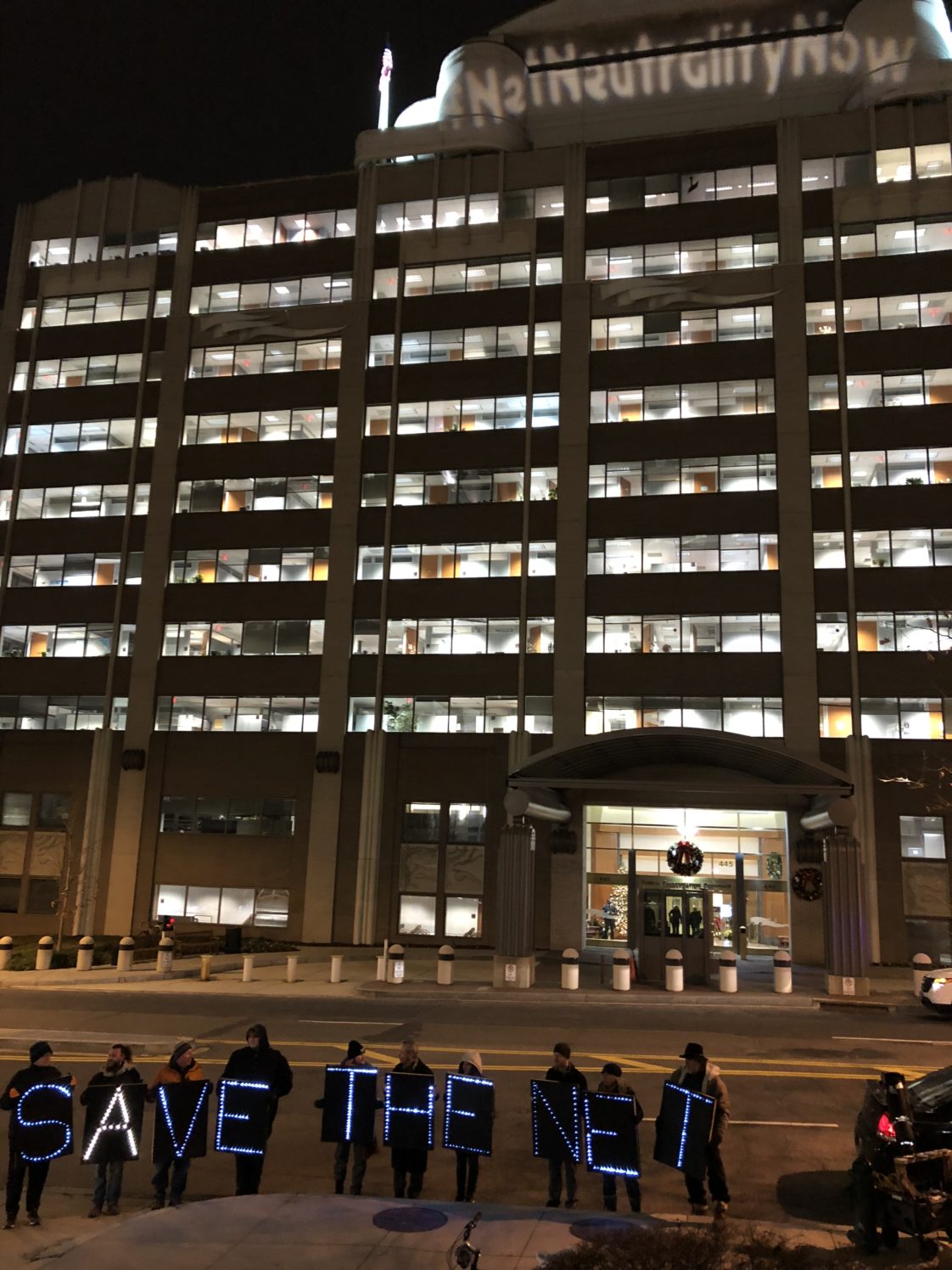 Margaret & Kevin with https://popularresistance.org/, Eleanor with https://www.artkillingapathy.com/ and other net neutrality supporters and allies "redecorated" the area outside the FCC building ahead of the 12/14/18 vote. The Solidarity Brigade used light projection, LED panel letters, banner, angry emojis w/captions, and sidewalk chalking.

It was a great 24 hours of resistance, march earlier in the day, overnight "redecorating" crew, and "wake up!" rally in morning ahead of the vote.

Learn more about the issue and the action at the Daily DOT, Art Killing Apathy, and at John Zangas's write-up at the DC Media Group.