On the morning of Monday, December, 18th, hundreds of water warriors, water protectors, and community members joined together to show strong opposition to PSE's blatant disregard for treaty rights and the health and safety of the community and the planet. #NoLNG

The Monday morning action was the culmination of an incredible eight days of fighting against PSE's LNG (Liquified Natural Gas) facility!

PSE is illegally building this facility without all its permits and with massive opposition from the Puyallup tribe and community members.

The eight days of action began Monday as activists climbed a crane to stop construction of the Tacoma LNG facility. On Thursday, activists used tripods to block all three gates to the site. That same day, a Tacoma jury, finding that they couldn’t determine whether the LNG facility is on Puyallup or City of Tacoma-owned land, acquitted two women who locked down to construction equipment. Then today, almost 200 activists blocked all entrances to the constructions site.

Gratitude to Puyallup Tribe, Native Daily Network, Protectors of the Salish Sea, Redefine Tacoma, Tacoma Direct Action, 350 Tacoma, 350 Seattle, Backbone Campaign and so many more for making all of this possible.

Parents, grandmothers and other concerned citizens used chains to lock themselves together and to the gates of the construction site. Work was halted until the early afternoon, when they police moved in and arrested two tribal members. 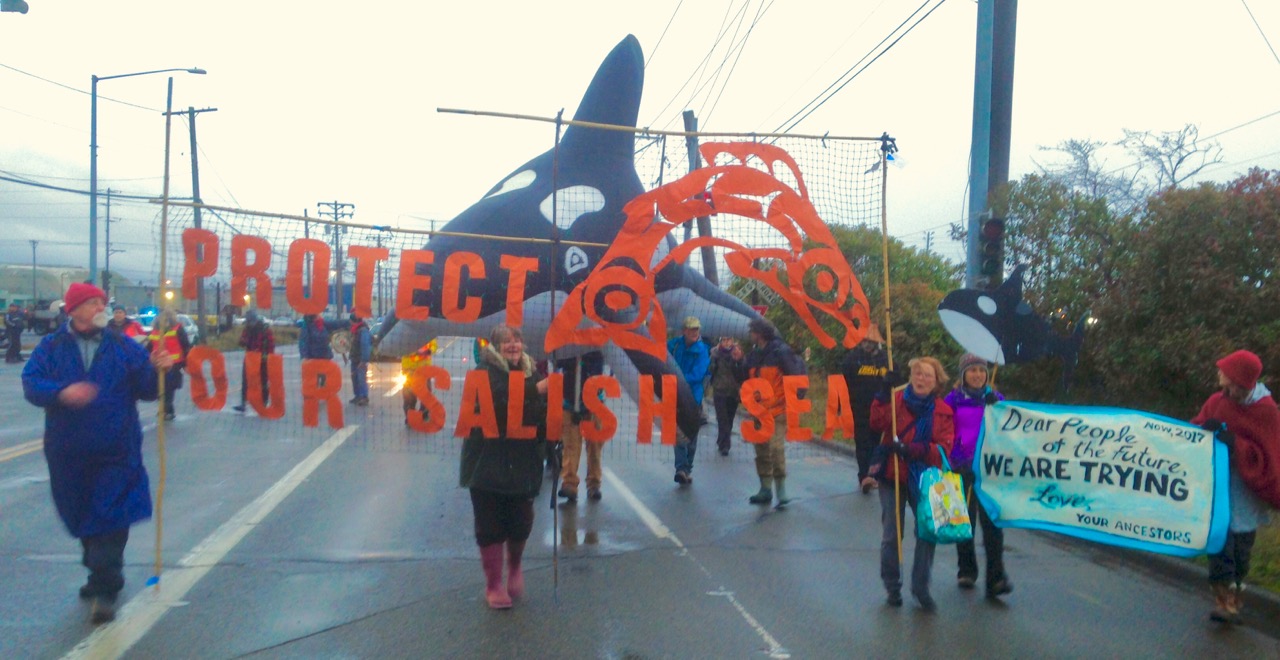 Despite the vocal and legal opposition of the Puyallup Nation and despite not having proper permits, Puget Sound Energy is trying to build this LNG facility anyway.

We hope that you will join us. To start, please join 44,000 others in signing this petition: