Pipeline Prop at the Womens March 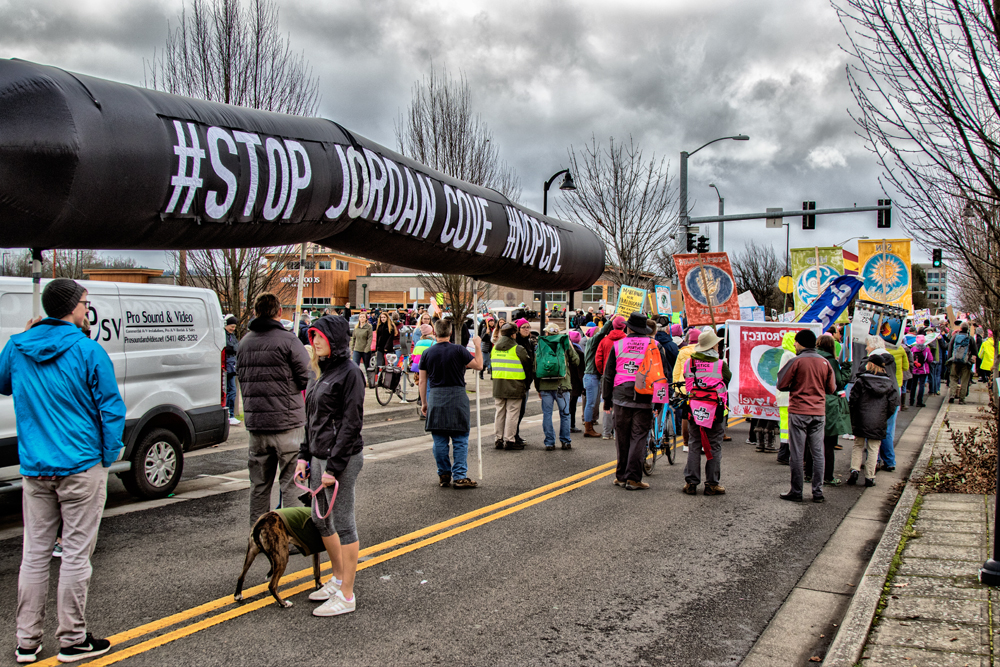 350Eugene mobilized the inflatable pipeline at the Women's March to say #NoLNG in Jordan Cove and demand a habitable biosphere!

350Eugene organized their second outing with the pipeline on Saturday, 1.20.18 at the Eugene Women's March attended by some 5,000 people.

With two banners stretched acorss the 35 foot inflatable, they broadcasted loud and clear their messages to move Governor Kate Brown to stop the pipeline project in Southern Oregon.

The message was big and bold -  "Gov Brown Be a Climate Hero!" "#Stop Jordan Cove #No PCPL" 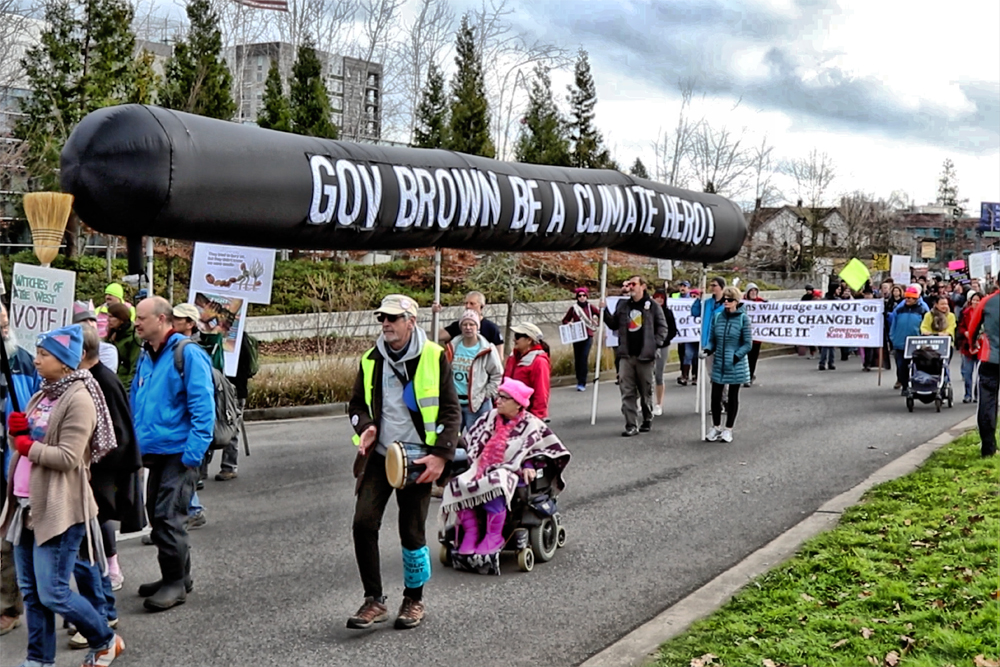