Washington Fair Trade Coalition gathered together with community allies in Downtown Seattle to honor the 20 year anniversary of the Seattle protests of the World Trade Organization in 1999.

"To reignite the energy from the 1999 WTO protests and build our movement for 20 more years of trade organizing!"

The day kicked off with a rally at Occidental Park in Pioneer Square (featuring Backbone's signature Giant Inflatable Globe), followed by a march to the Federal Building and an afternoon of "Trade Justice" workshops at Seattle Town Hall. 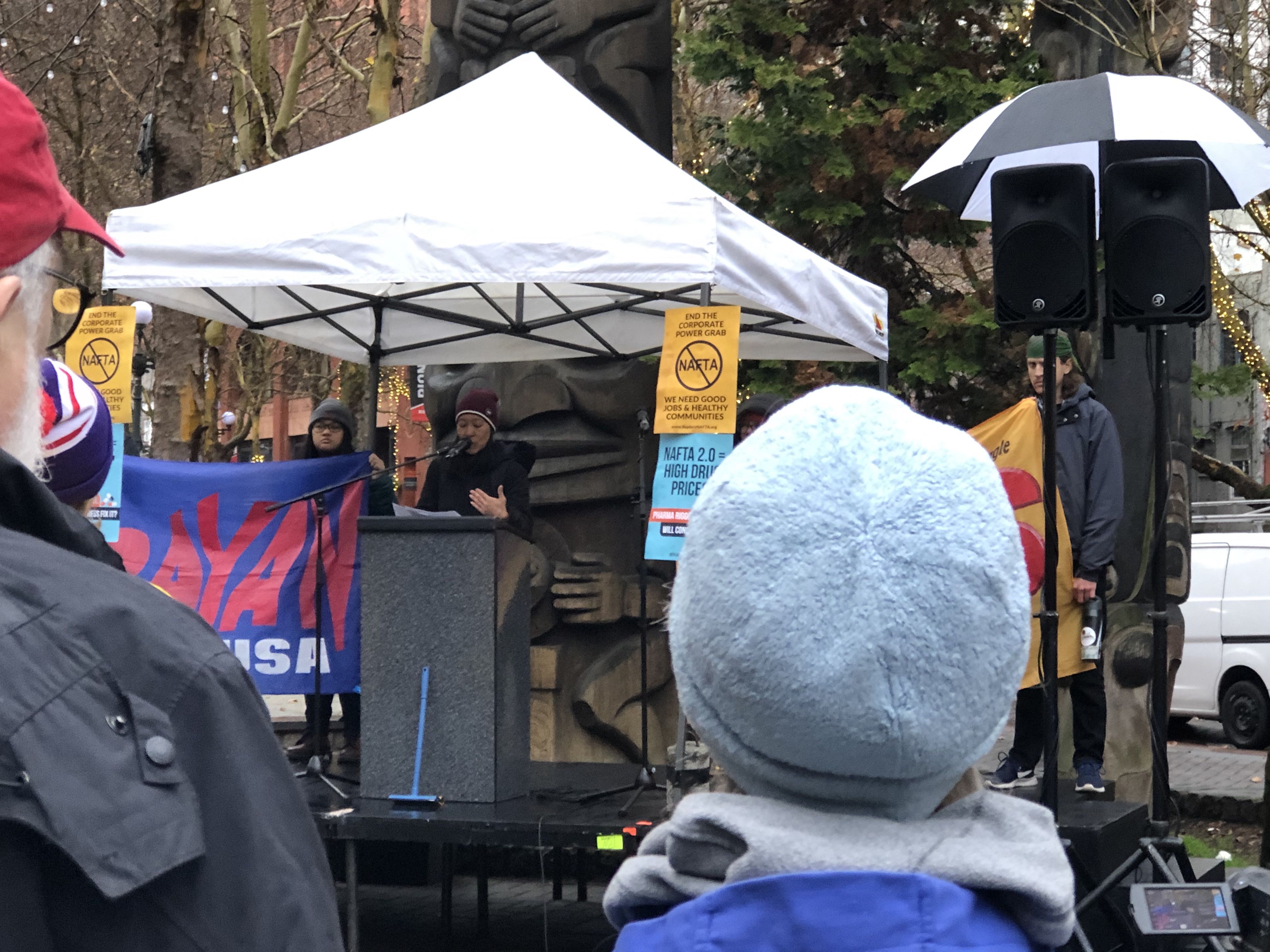 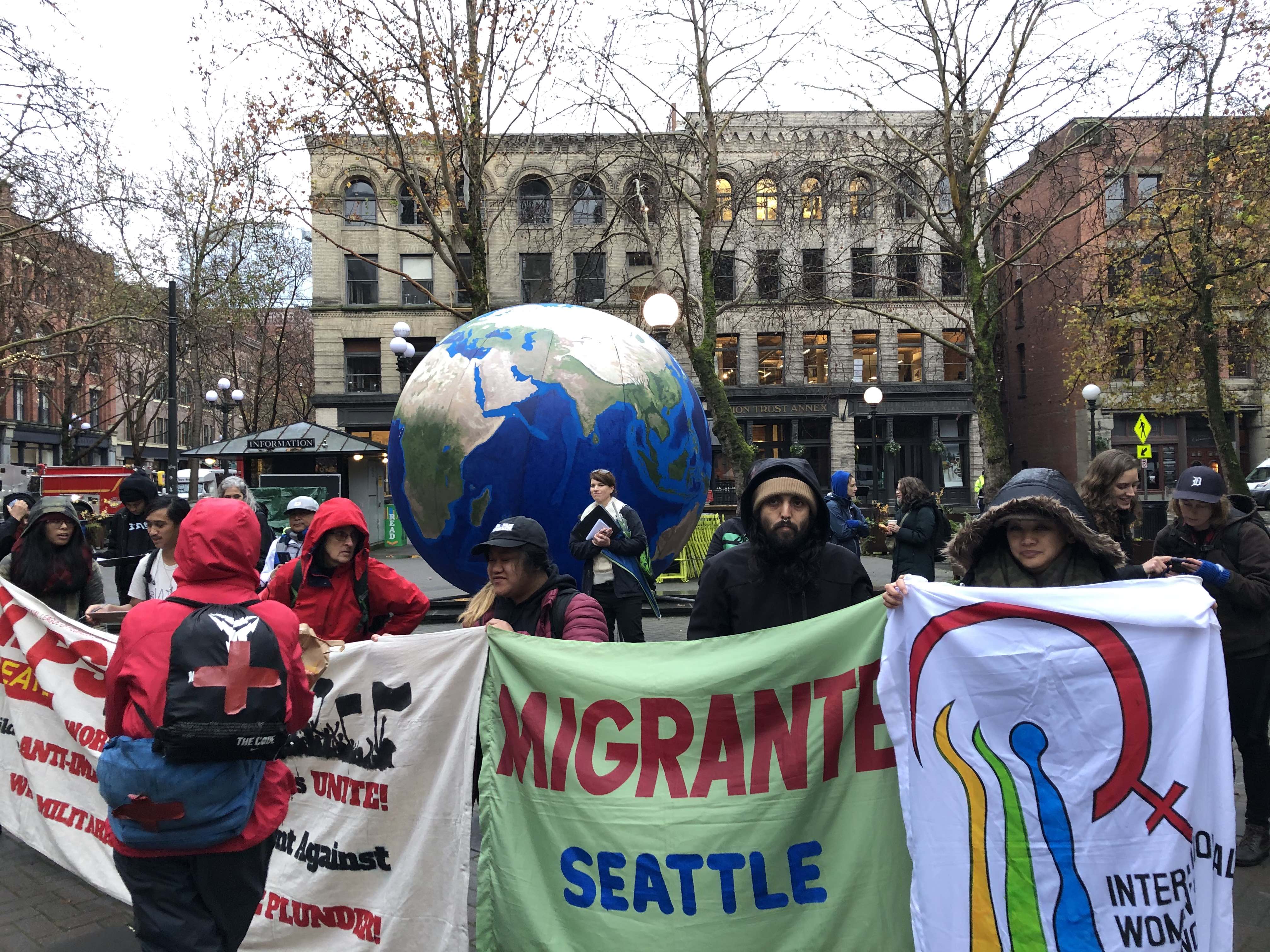