A Guilty Verdict Projected on to the Supreme Court

This year the Supreme Court heard arguments against corporations Nestle and Cargill who have been sued for knowingly buying cacao beans from farms that used child slave labor. The DC solidarity brigade risked arrest to bring an LED light banner and a projection kit to the site of the Supreme court. With the combination of quick thinking and a helpful hand wagon to conceal the equipment, brigade members managed to project our guilty verdict directly on to the face of the Supreme Court: "Cargill is guilty".

The Court will reach its decision on the case by the end of June. The Supreme Court indicated that they will be siding with the corporations, while the DC brigade members projected their support for the victims of child slavery at the heart of the case. More can be read on the case and its historical significance here.

The decision of the Supreme Court will either uphold or gut the Alien Tort Statute, which permits foreign citizens to sue in U.S. courts for human rights abuses. The justices are being asked to rule on whether it permits lawsuits against American companies.

To listen to a Radio Lab episode on this click here! 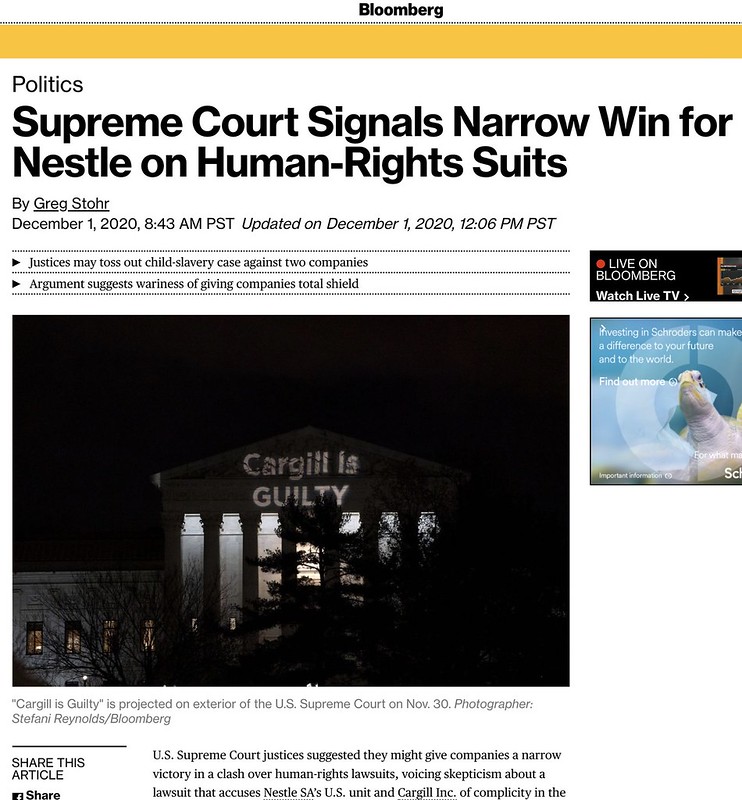 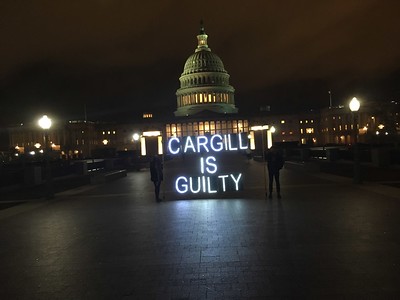 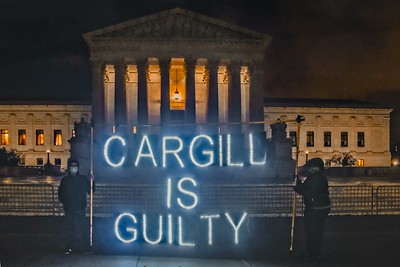 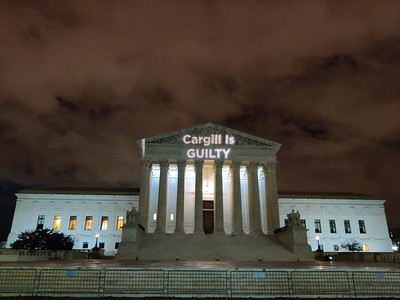