Across the country actions support the #BreakFreeFromPlasticAct

On March 25th the Break Free From Plastic Act was reintroduced to Congress by Sen. Jeff Merkley (OR) and Rep. Alan Lowenthal (CA). The bill moves to reduce plastic production before it ever has a chance to pollute, increase recycling rates, and protect frontline and fenceline communities.

Originally introduced in 2020, the bill has been reintroduced with a letter of support signed by 416 organizations in the United States. Grassroots groups from around the US took the week of the reintroduction to launch actions in support of the Act.

The week the bill was introduced activists around the country from Fenceline Watch, The Center for Biological Diversity, Center for Coalfield Justice, Zero Waste Recycling, and more projected messages supporting the bill. In Houston, folks from Fenceline Watch projected on the facade of the downtown offices of oil and gas companies. The projections said  "El Plastico Mata" and "Invertir en Comunidades", drawing attention to the connection between oil production and plastic. 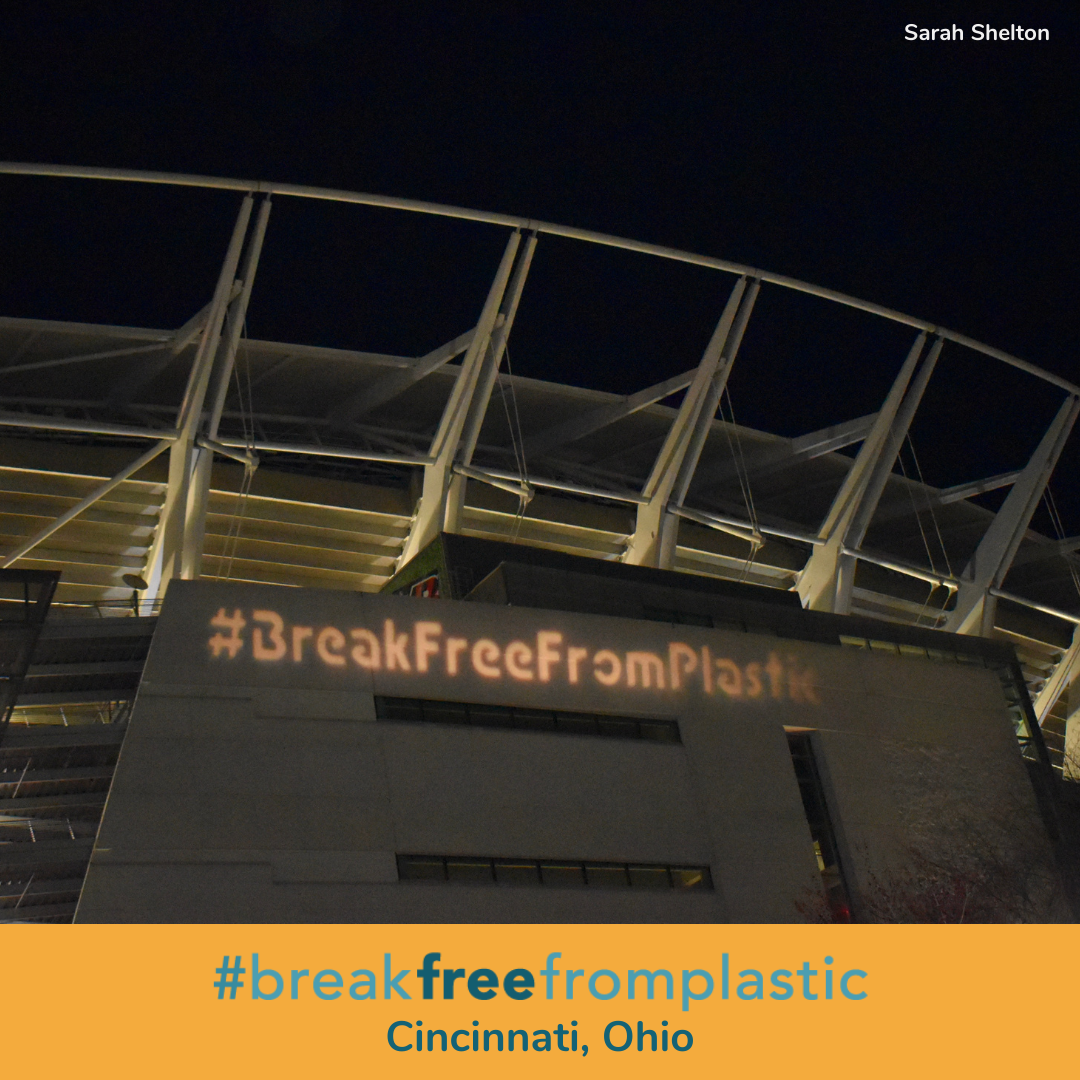 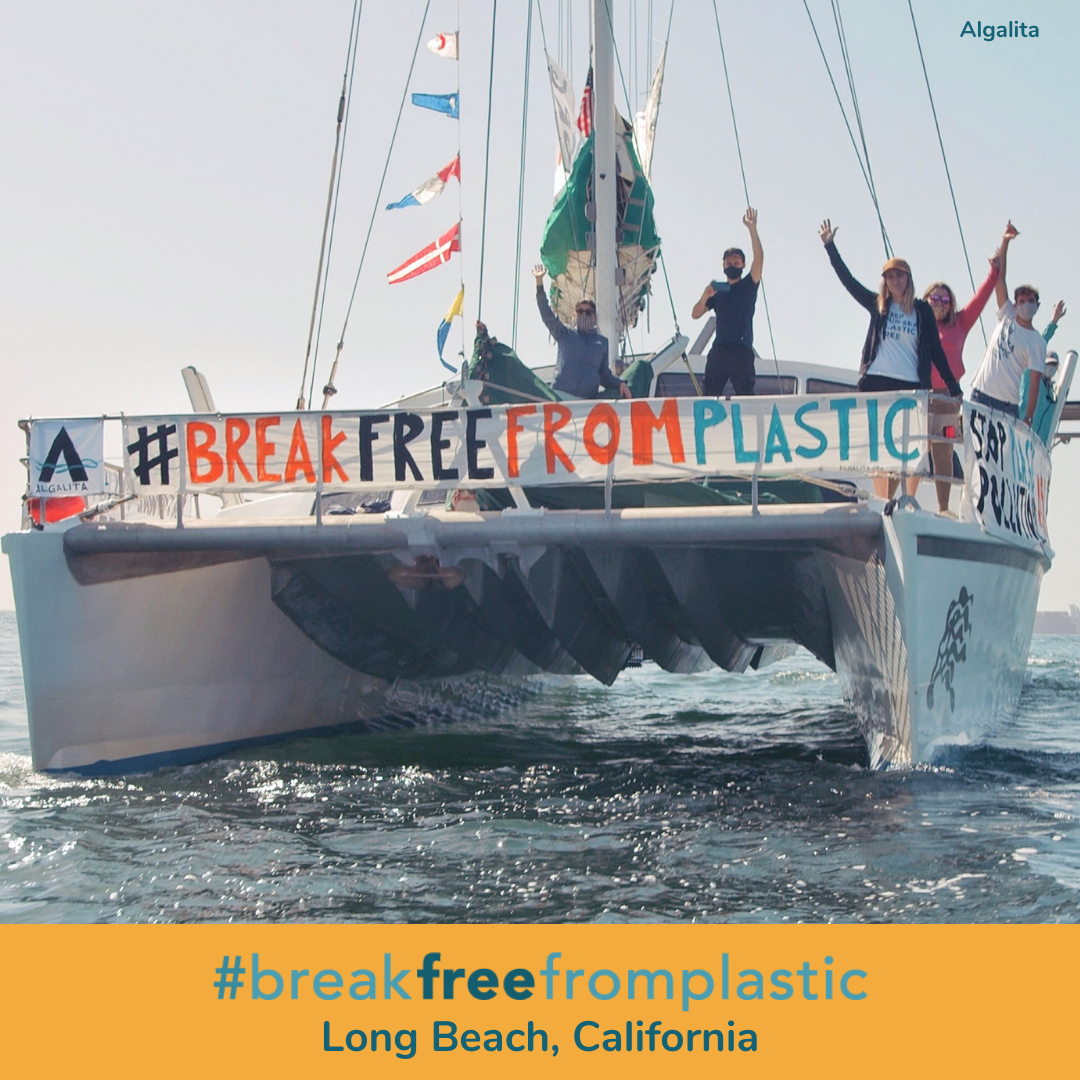 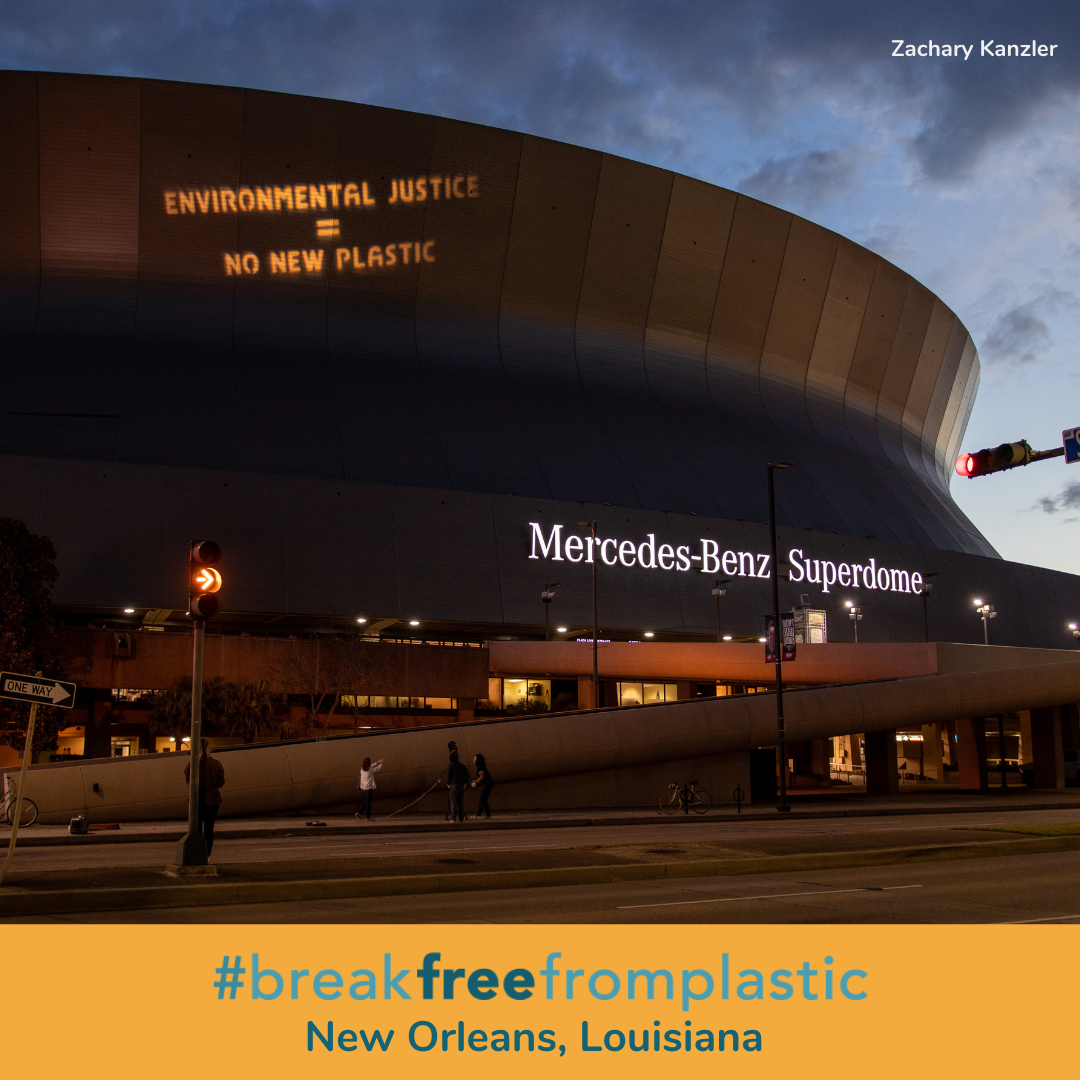 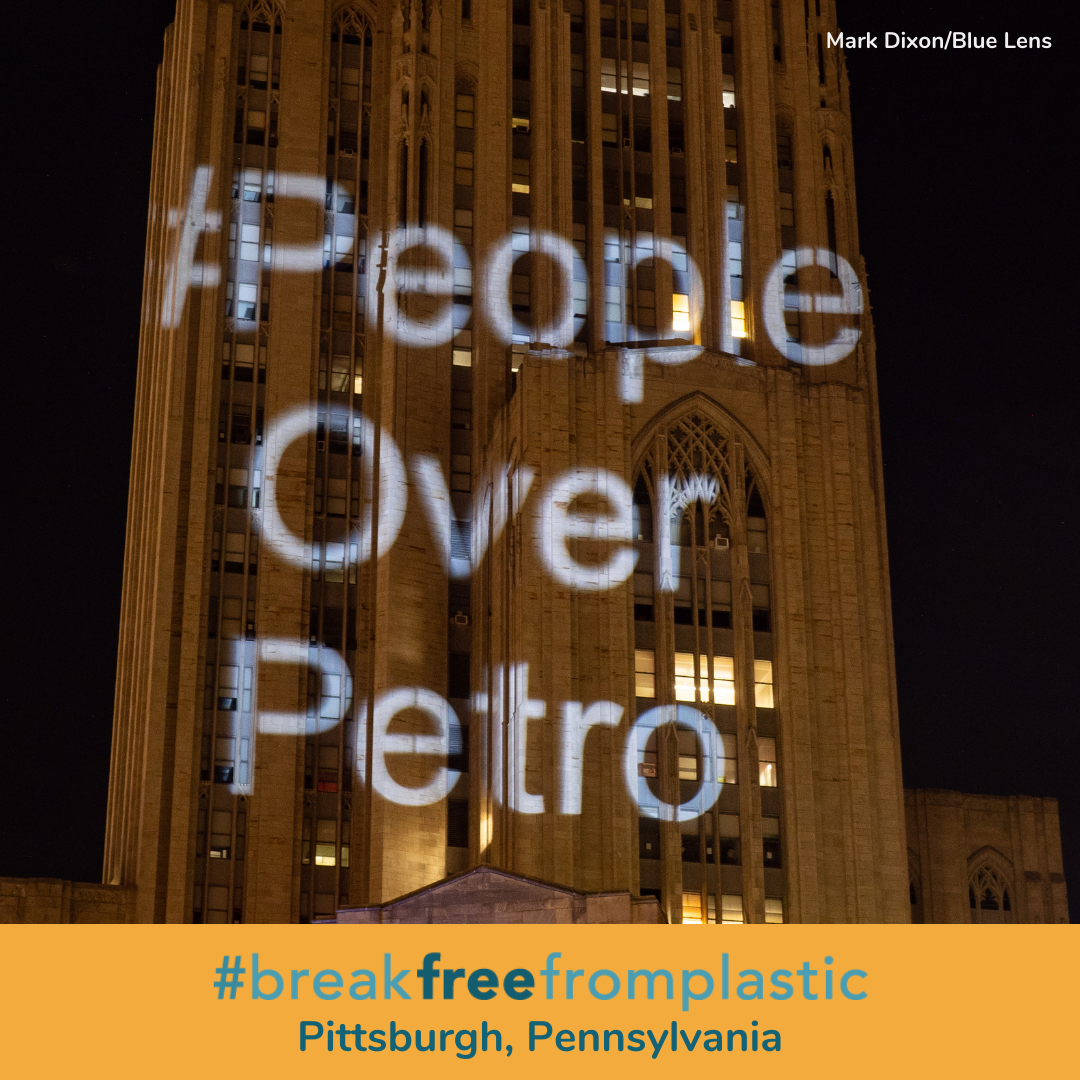 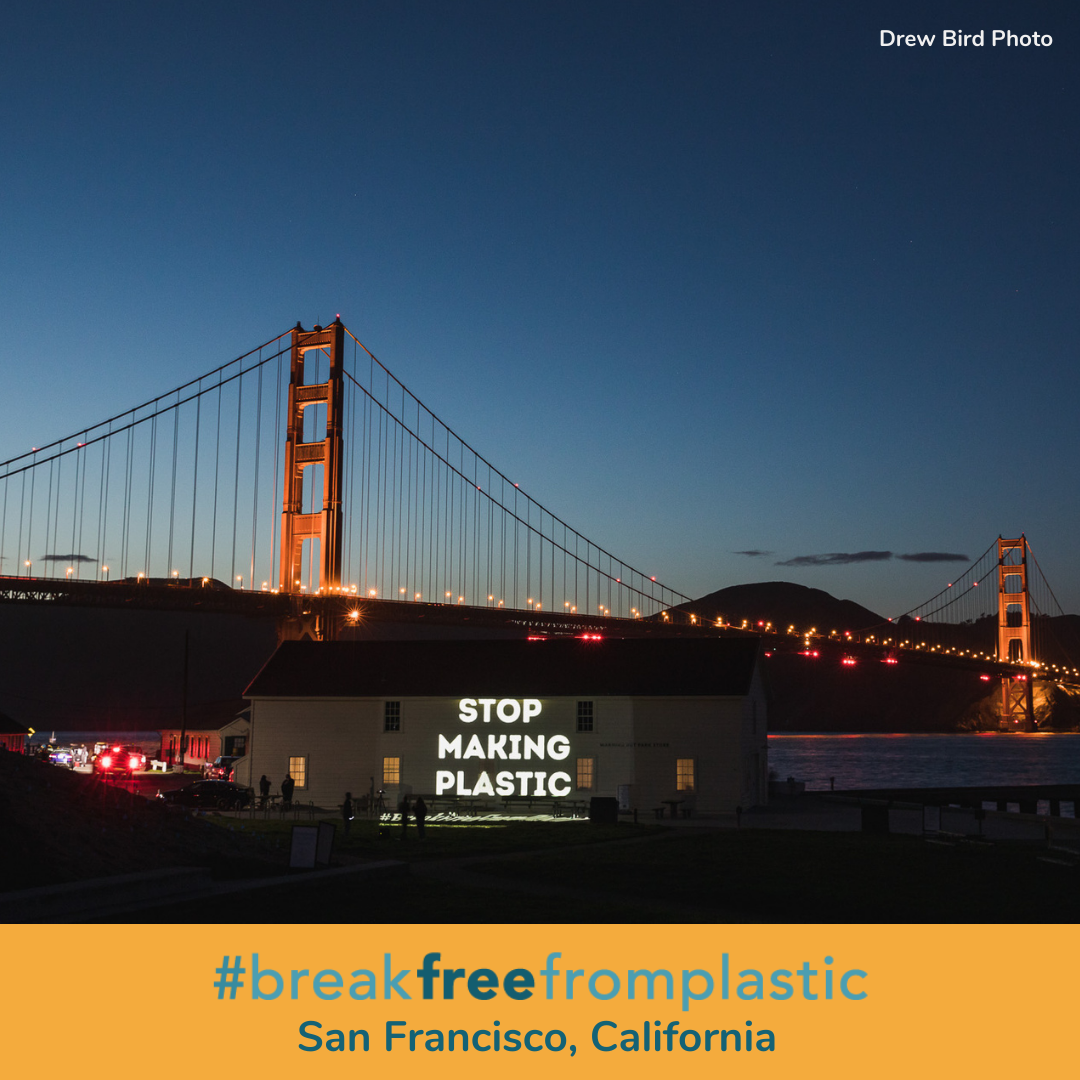 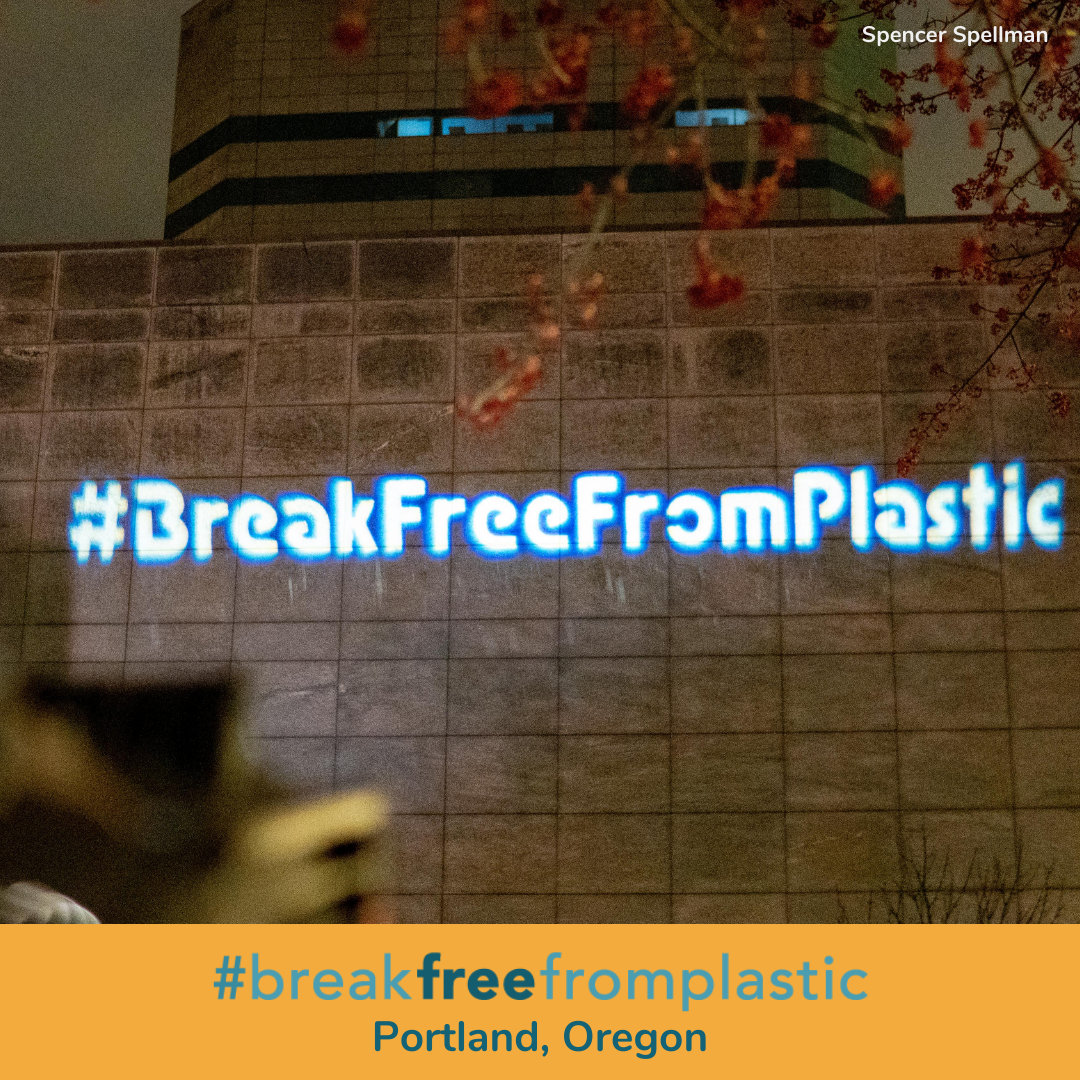 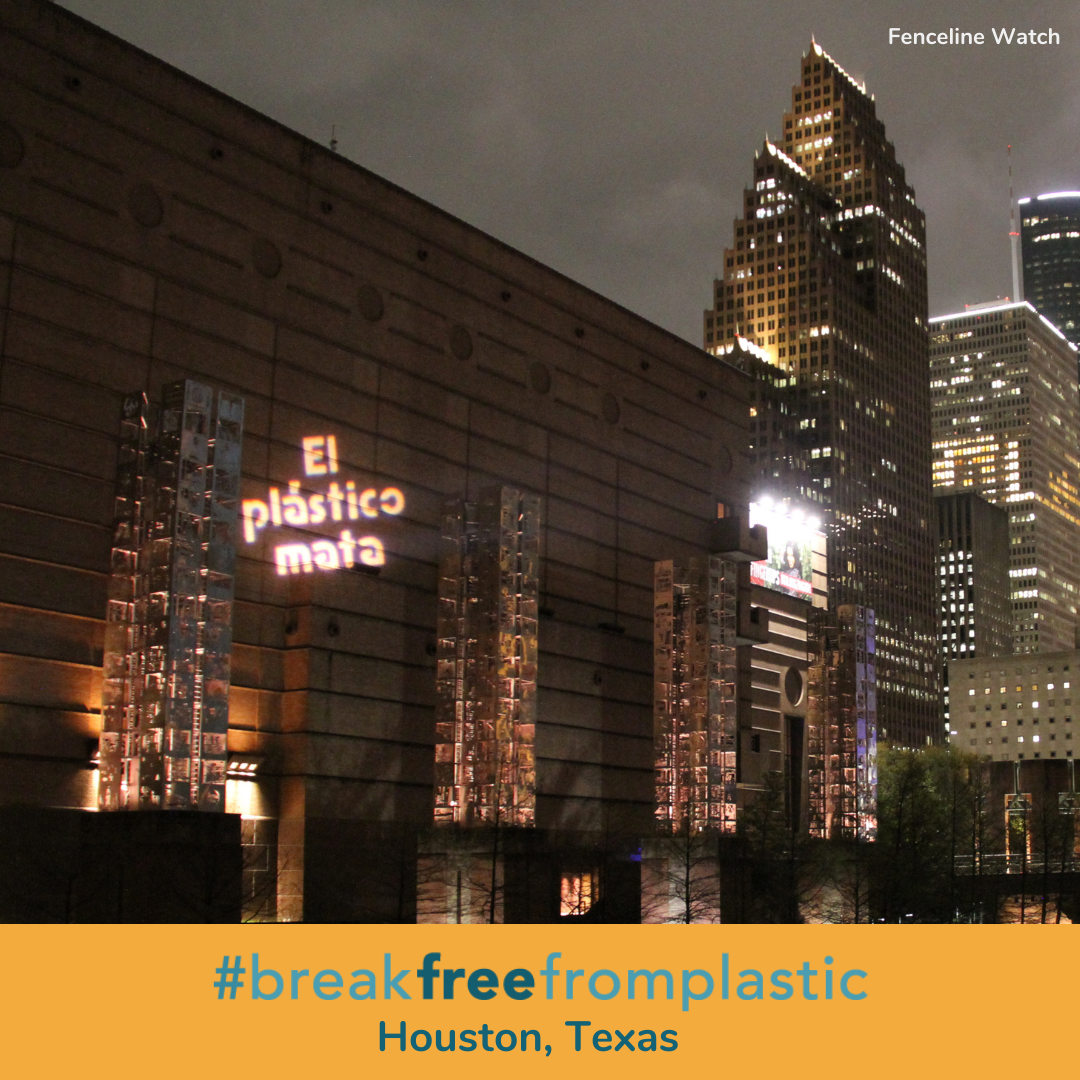 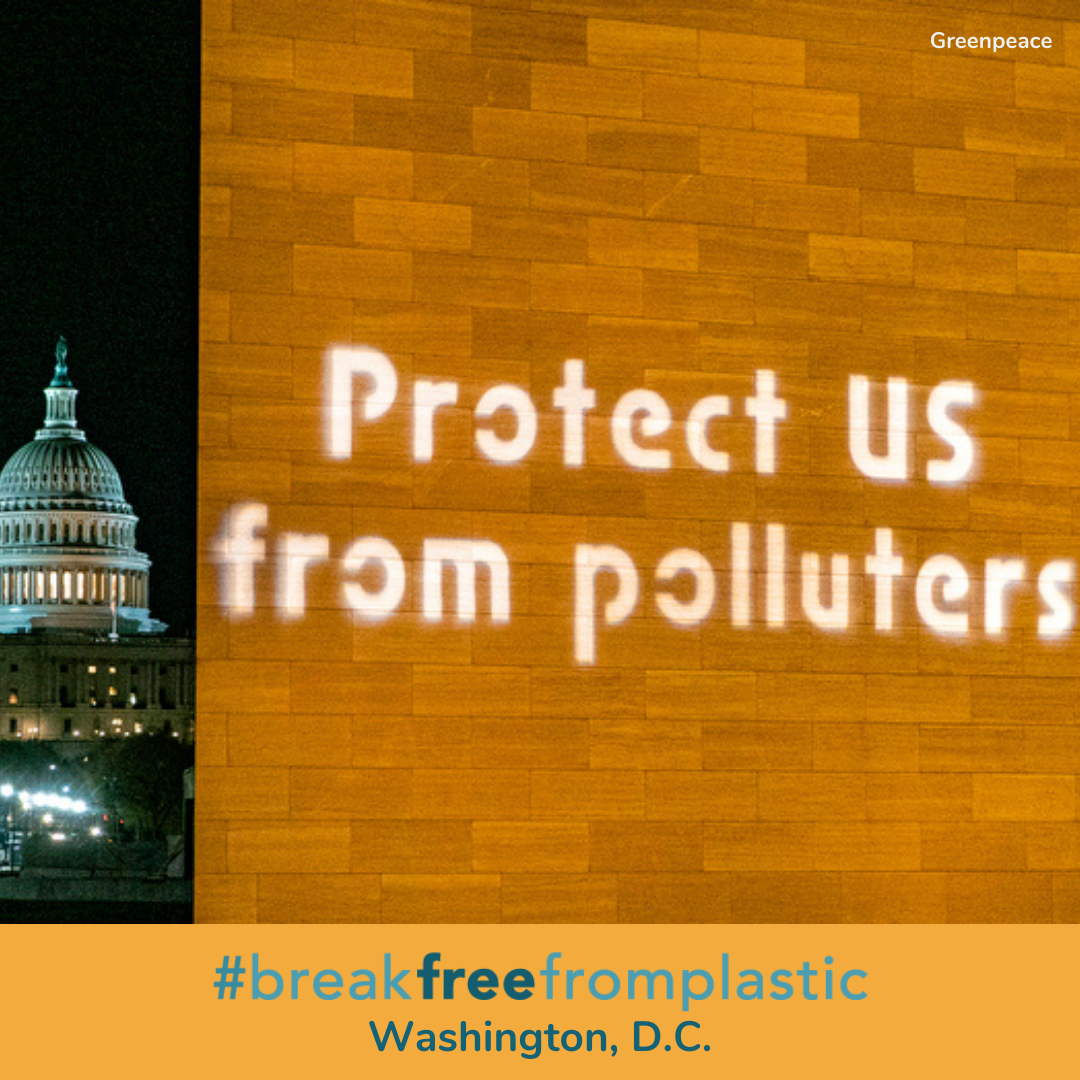