In support of the Neighborhood Action Coalition, a Backbone team projected on buildings surrounding an Amazon construction site. 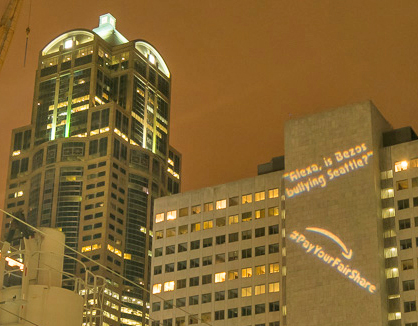 The messages "Alexa, is Bezos bullying Seattle?" and "#PayYourFairShare" were projected onto Rainier Tower and an adjacent building. The next morning (11 May) there was a city council meeting about a tax plan that would tax very large businesses to pay for public affordable housing. That is the plan that Amazon has been lobbying against.

Check out the Neighborhood Action Coalition's Facebook page for updates on this issue. They also livestreamed the projections, including interviews with folks on scene.

The action was posted on Slog.

The meeting the day after the action, where a vote took place, was covered by King 5. 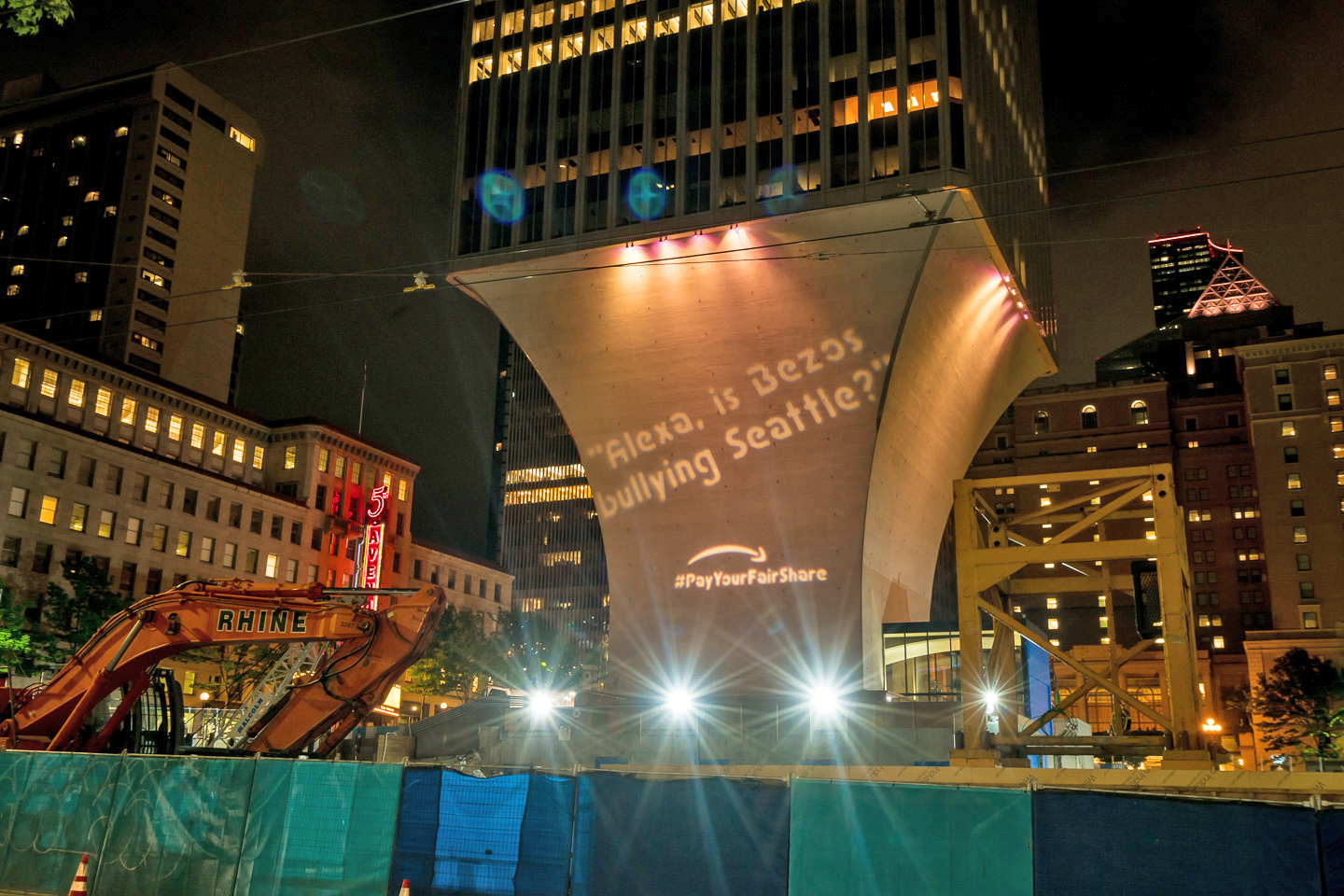