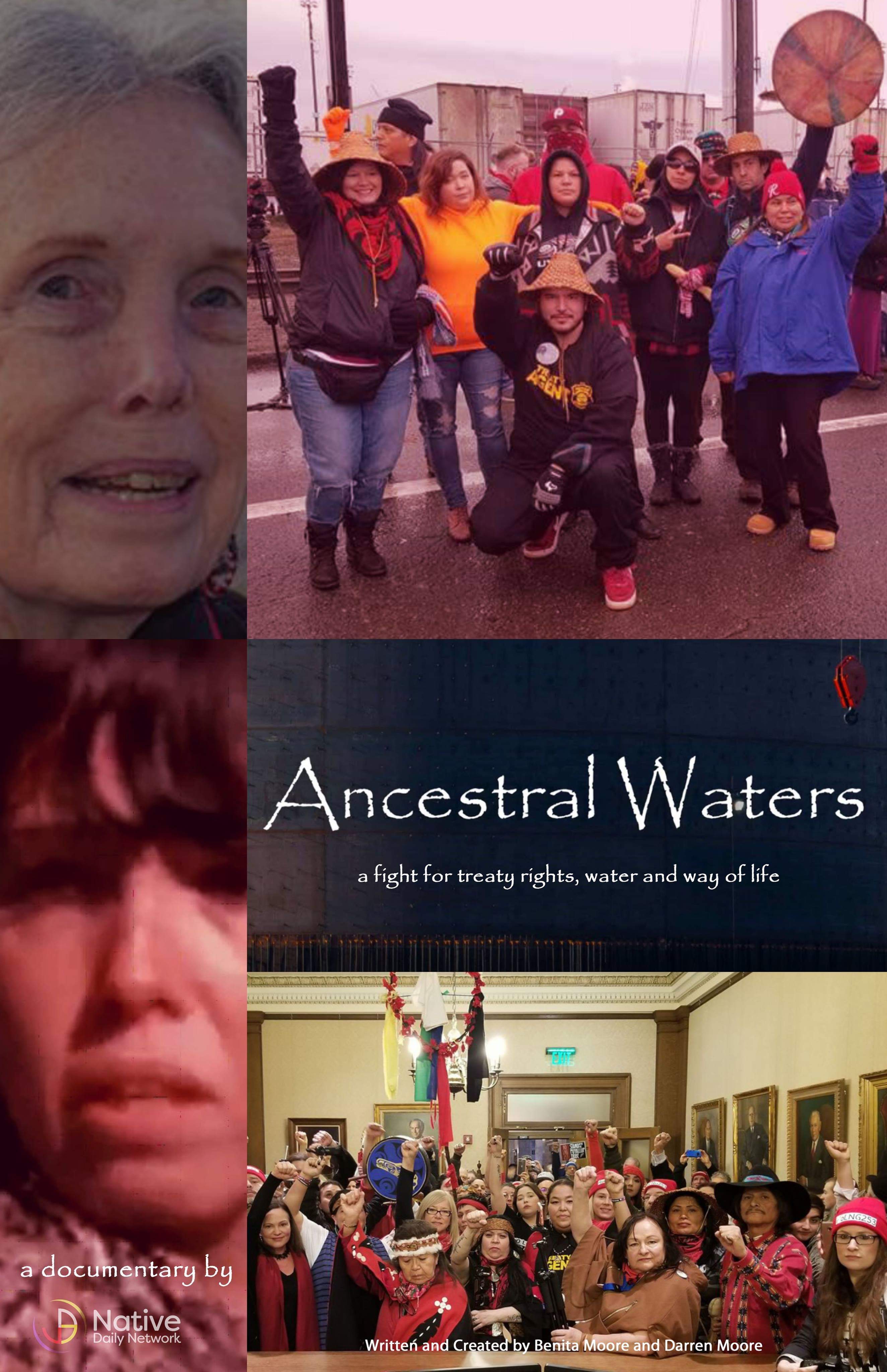 “Ancestral Waters,” tells the story of the Puyallup Tribe, who signed the Treaty of Medicine Creek in 1854. In exchange for ceding vast areas of land to the U.S. government, the Puyallup were given a small reservation and several other benefits, one of which was the right to fish in their usual and accustomed waters. This treaty-protected right to fish is being threatened by a liquefied natural gas plant, being built by Puget Sound Energy without permits on the Tacoma Tideflats, across the water from Vashon.

“Ancestral Waters” is a unique record of the Puyallup’s fight against the LNG plant, which continues to this day. The documentary captures the spirit of the tribe’s 3-year fight against the plant and breaks down 160 years of crimes against the people, the land, and the water. It shreds the “LNG bridge fuel” fantasy with data and LNG catastrophes from around the world, so all can see PSE's LNG facility for what it really is - a bomb. A wake up call. A call to action. We must stand together for Life, Water, our lovely Earth, and each other!

The documentary screens on Vashon as part of the Meaningful Movies film series and is co-sponsored by Vashon Climate Action Group, Backbone Campaign, 350Tacoma. Organizers are grateful to Vashon Theatre and Island GreenTech for making the event possible.

Admission is free, with donations collected at the door.  After the film screening, the film producers, Benita and Darren Moore, and Dakota Case, of the Puyallup Water Warriors, will answer questions from the audience.