Madison Solidarty Brigade member Russ and other community activists from 350 Madison, staged a fake press conference on the steps of the capitol building on April 1st. 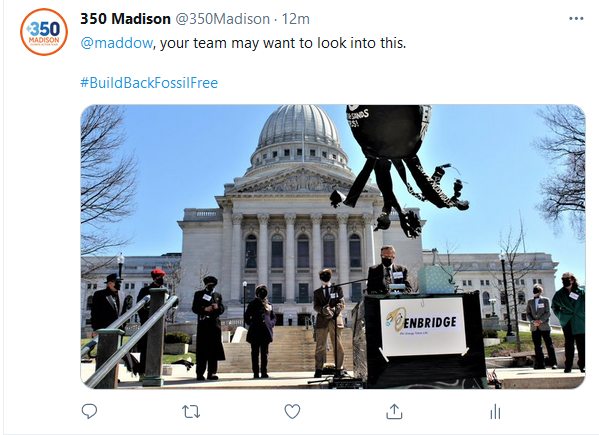 Russ posed as the CEO of Enbridge, the Canadian company that has been trying to build the line 3 pipeline since 2014. Russ and others performed a 15-minute satire on the fake ways that Enbridge says they will offset the ecological consequences of their pipeline.  Overhead, the Enbridge octopus floated representing the many oily arms of the companies pipelines.