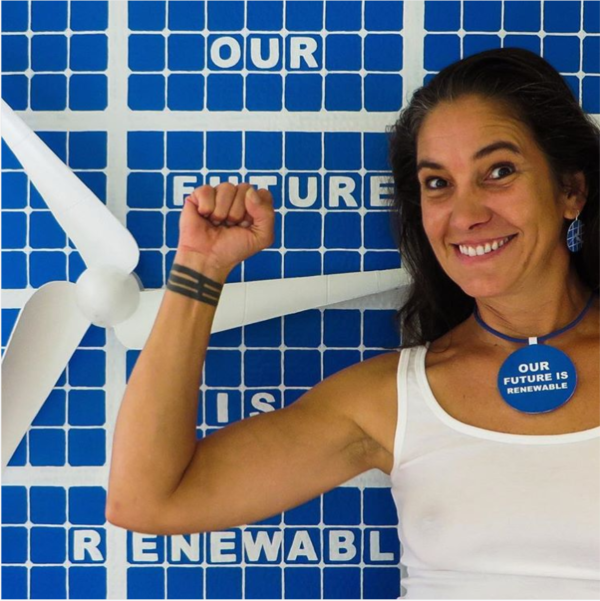 Join us at the Sheffield Building from 6:30-9pm on Thursday September 20th to hear about and learn new artful activism techniques from Alessandra Mondolfi!

Alessandra most recently made and deployed a large project at the San Francisco Rise for Climate march. The project consists of 15 wind turbines that are kinetic (wind activated), 30 solar panels with subtle messages on them and a text banner.

The intention of the action is that with the banner, the solar panels and the wind turbines, the project would read, at first glance as a climate/environmental statement in support of 100% renewable energy.

As the march was also about jobs and justice, the subtle messages/slogans on the solar panels would, upon closer inspection, address a variety of social issues in addition to the environmental ones. Topics would include: fracking, immigration reform, gun reform, offshore drilling, racial bias, freedom of the press, fossil fuel dependency, LGBTQ rights, voting, clean water, reproductive autonomy, etc. 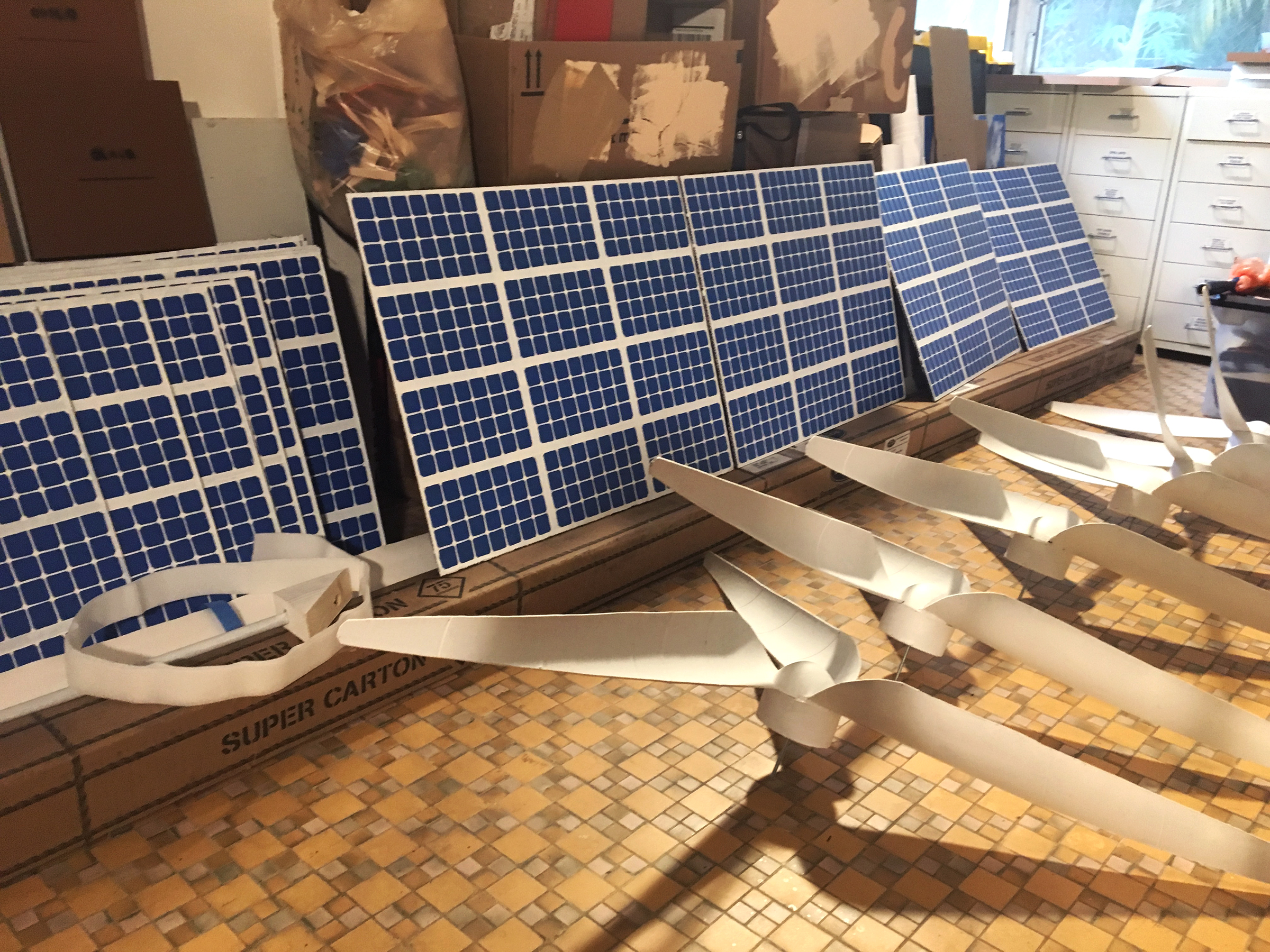 You can see more images of her work and follow the progress of the fabrication of the props on Instagram.