Backbone brings attention to Green New Deal at the DNC

In November, after the election, Backbone supported actions around the Democratic National Committee HQ.  Activists mobilized to pressure President-elect Biden to support indigenous, black, and brown communities with his cabinet nominations, as well as, honoring his campaign promises to invest in a green economy.

Backbone deployed light projections on the face of the DNC building as well as banners that were seen throughout the crowd. 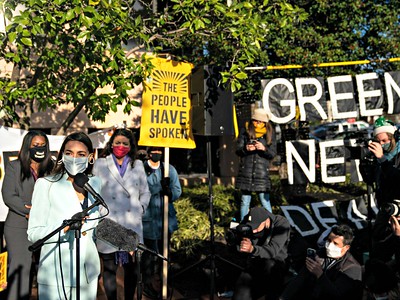 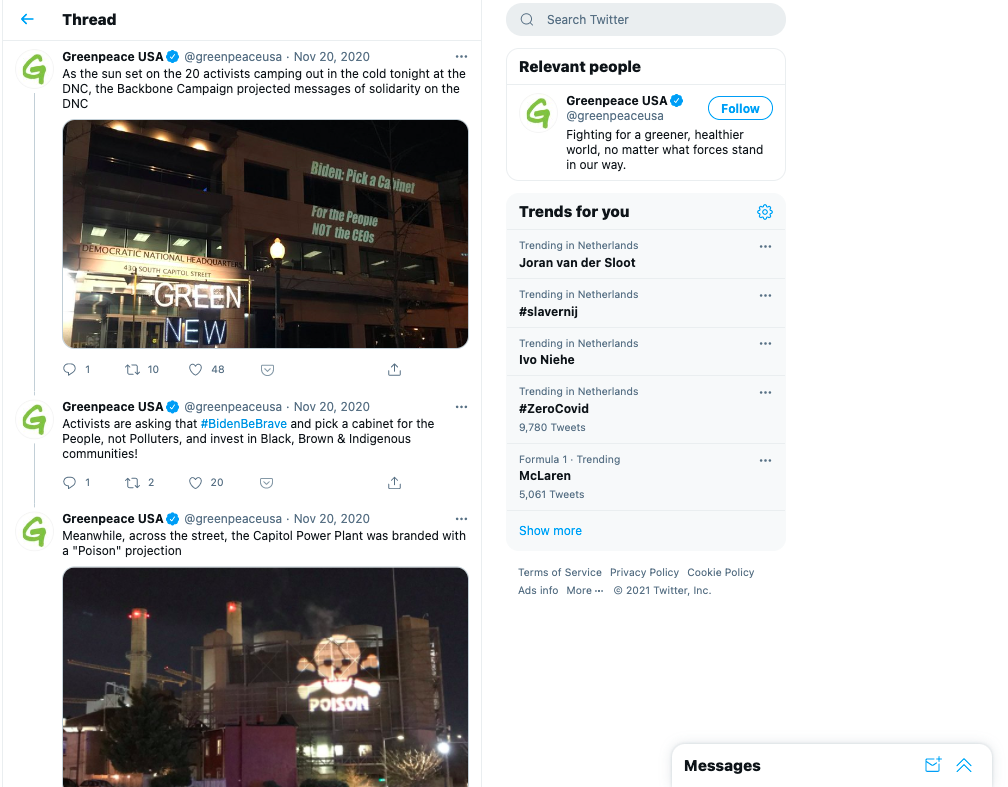 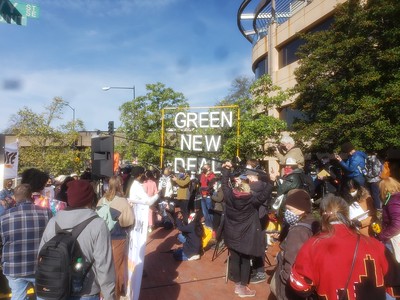 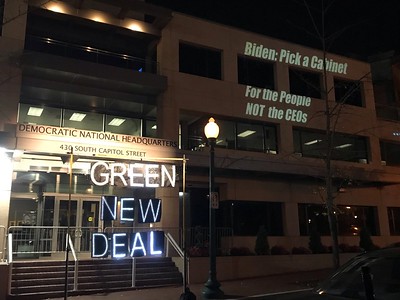 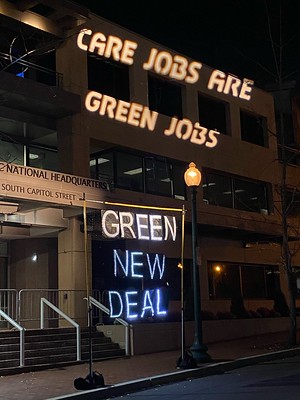 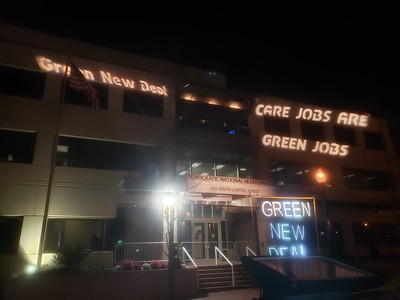