The D.C./Baltimore area solidarity brigade projected messages that highlight the city's current foremost issues amidst the many problems faced. 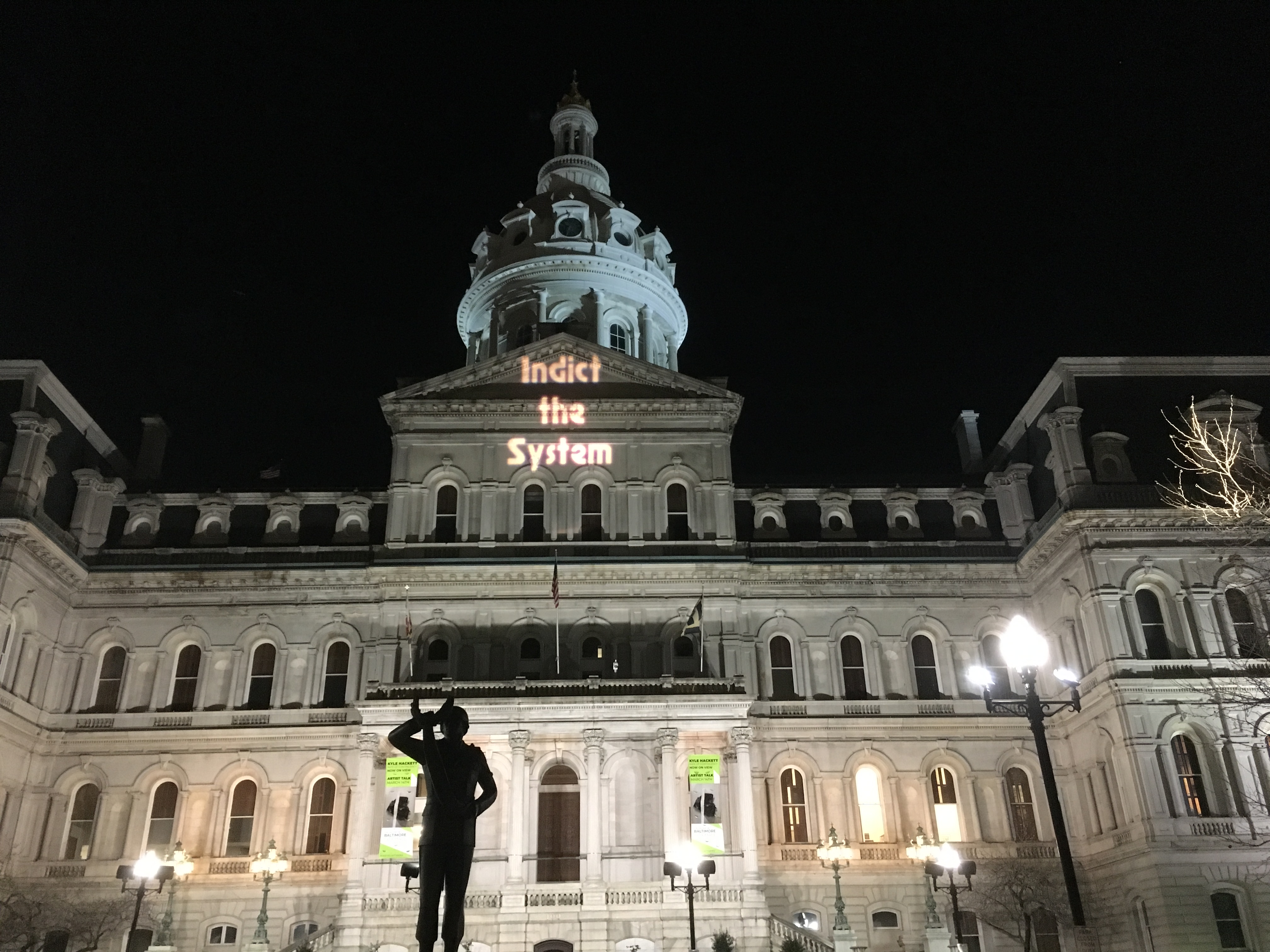 The projection onto Baltimore City Hall included "Nobody is Above the Law" in reference to the ongoing corruption scandal involving the city's mayor, and "Demand Police Accountability" and "Indict the System" because of the continued new findings of ever worse corruption in the city's police department and systemic issues in the city's operations.  There were also messages referencing poverty and the treatment of the homeless population, and "We won't be silent anymore" nodding to the many grassroots efforts by communities to address the city's issues.

More photos can be viewed HERE. 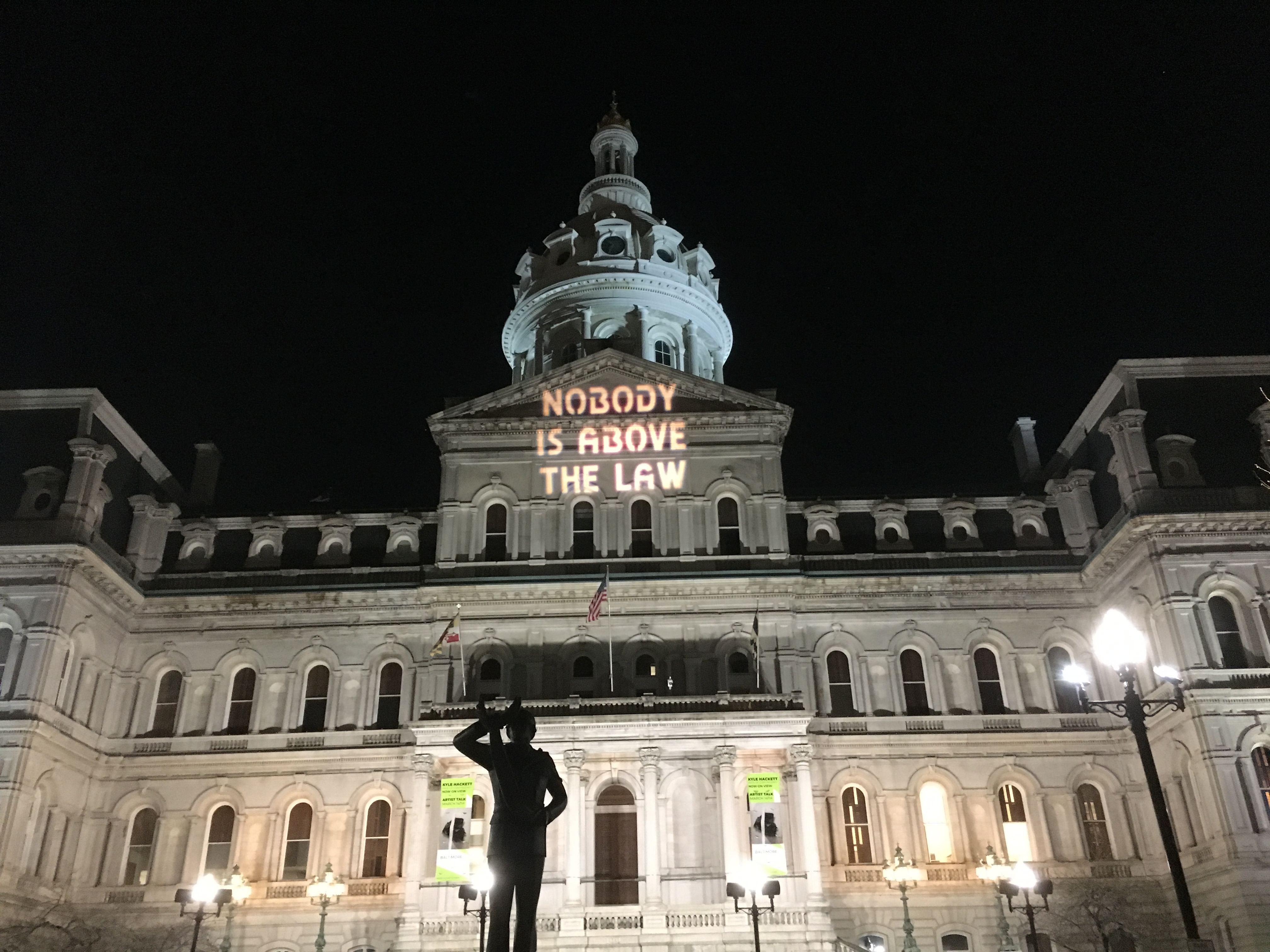