The D.C./Baltimore projected images in solidarity as backdrop to action demanding police accountability and against establishing a private police force at Johns Hopkins University. 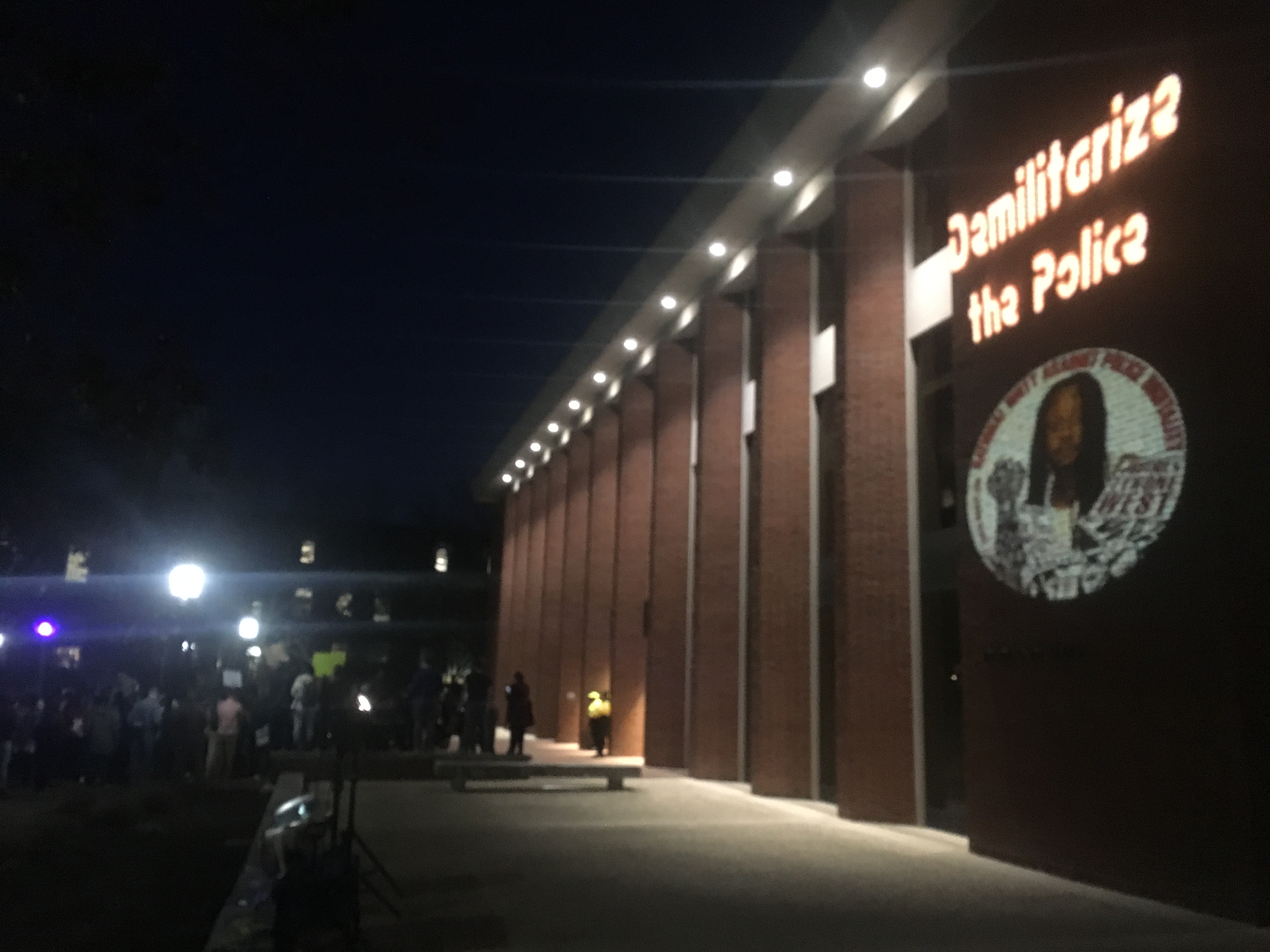 Students are holding an on going occupation on campus to protest the establishment of the private police force and have teamed up with Tawanda West who has been holding weekly "West Wednesdays" actions for almost 300 weeks to get justice for her brother who was killed by police.

Read more coverage on these issues in this article. 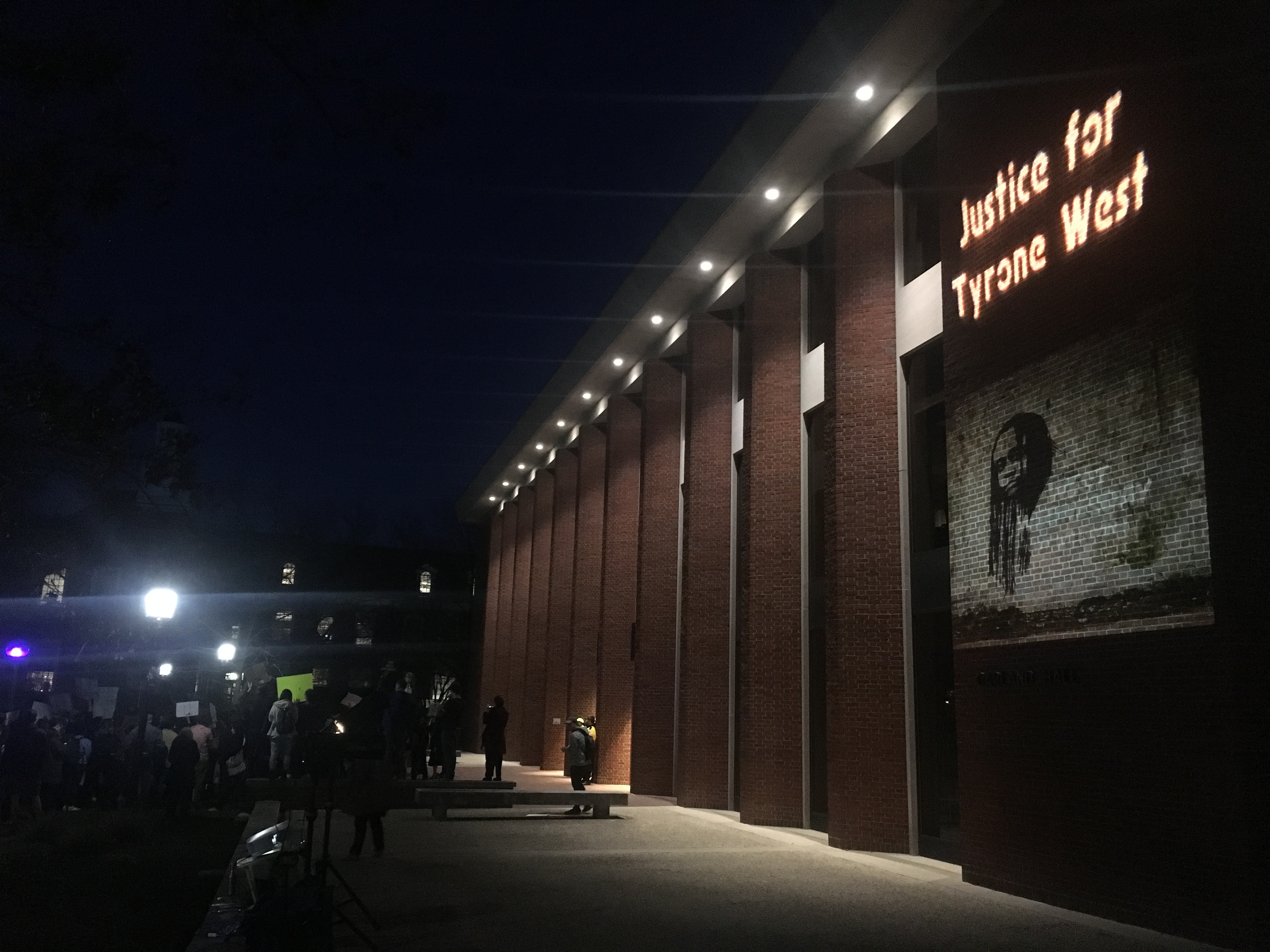