Local solidarity brigade projected to engage those at 4th of July fireworks and raise the profile of Lights for Liberty actions against the concentration camps the following week. 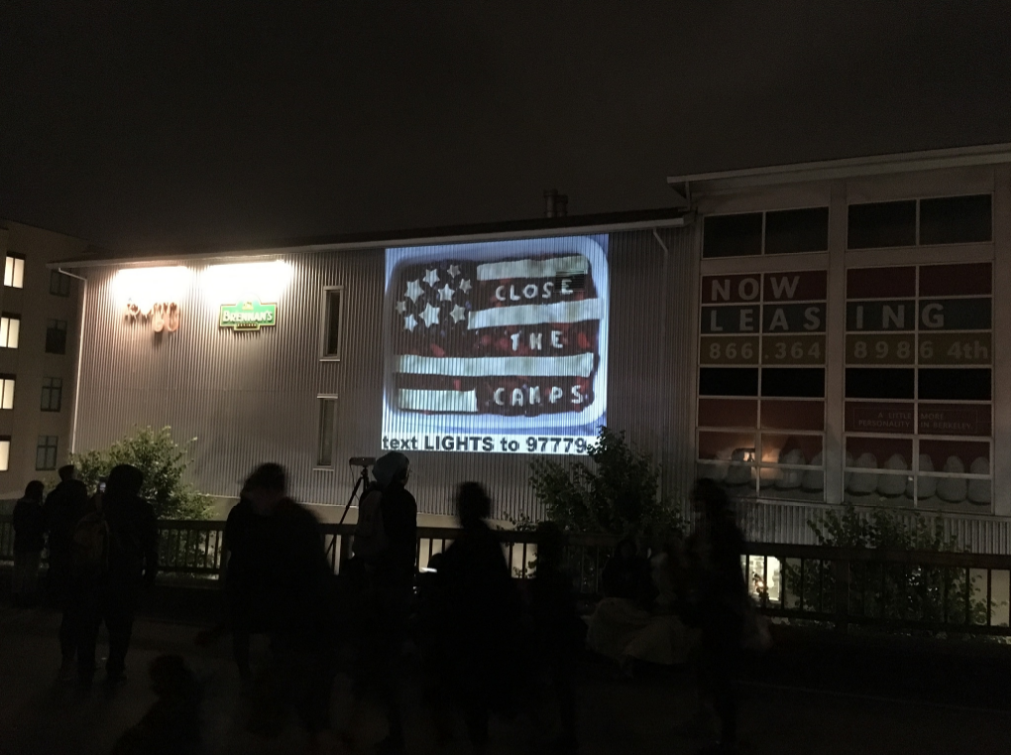 After fireworks lit up the clouds above the Berkeley marina, thousands of people who walked over an overpass back to town passed by resistance art projections.  The crew shone "Declare Independence from Mad King Trump" and other images.   Their projections also informed the passersby about the Lights for Liberty July 12th actions, by name and by encouraging them to engage by texting.

On the following night on a flatter surface in Oakland they projected a QR code that takes people directly to the L4L website, making it easy to plug into local efforts.

Video of all slides can be viewed HERE. 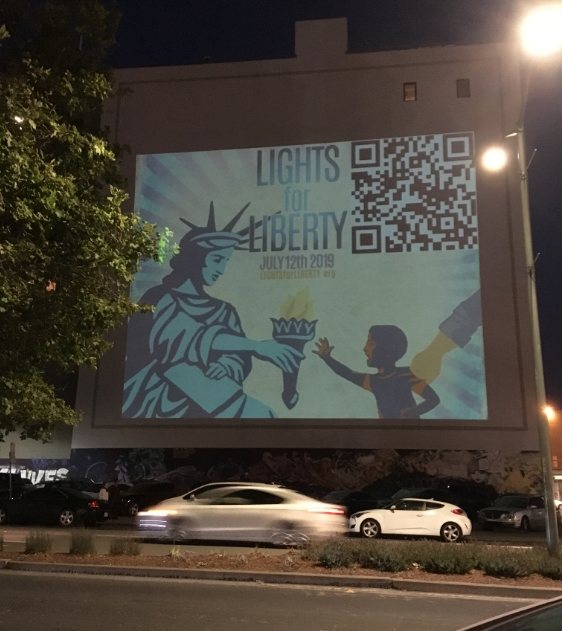