On Monday activists joined with Protecters of the Salish Sea to pressure Governor Jay Inslee to declare a climate emergency in Washington State. Activists held up a this banner as they went through the streets of Olympia!

This was the debut outing for Backbone's "Declare a Climate Emergency" Banner. Thanks to Artful Activist Alessandra Mondolfi for leading the art build and providing the banner template, based on her beautiful felt banner. 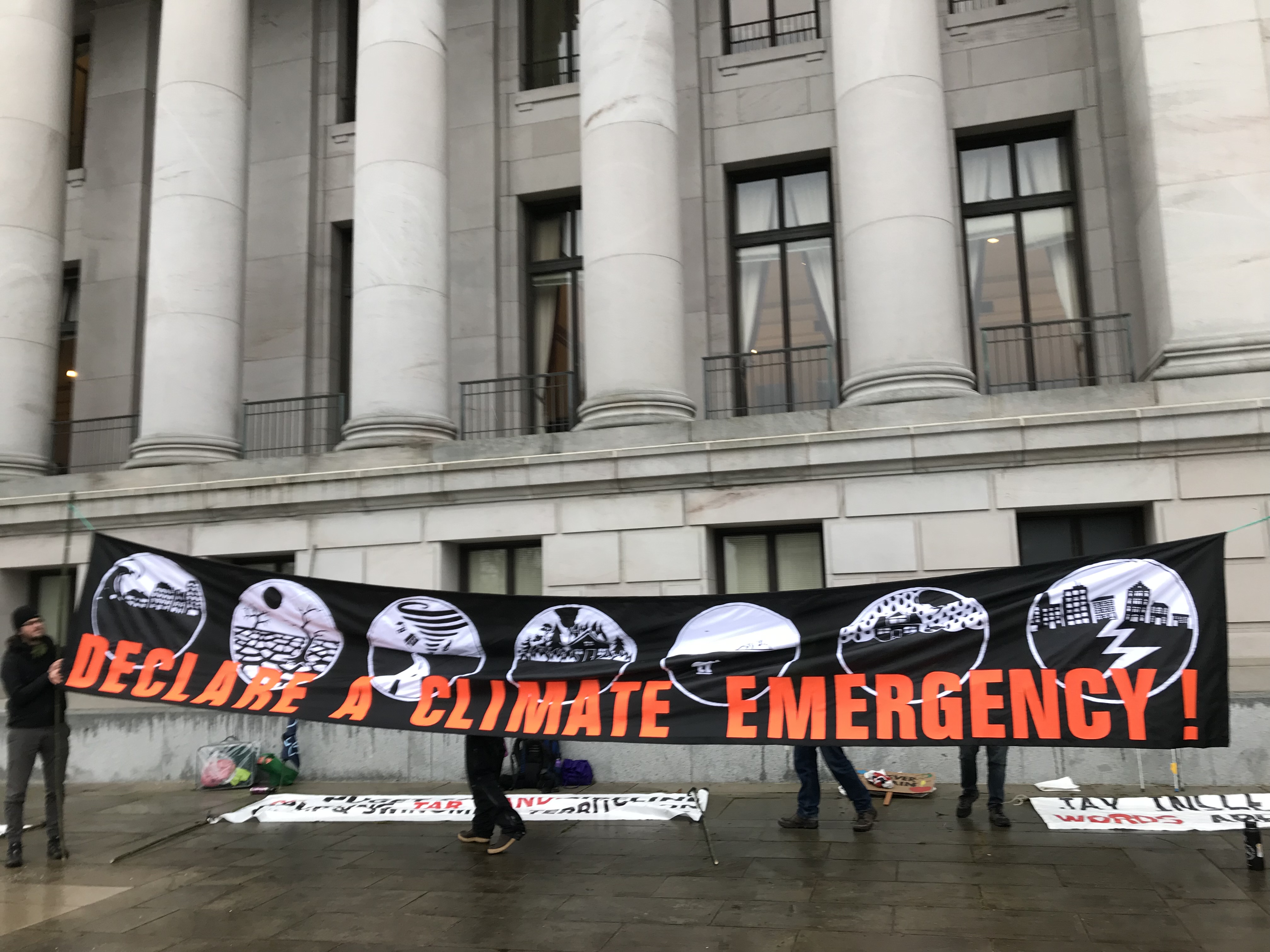 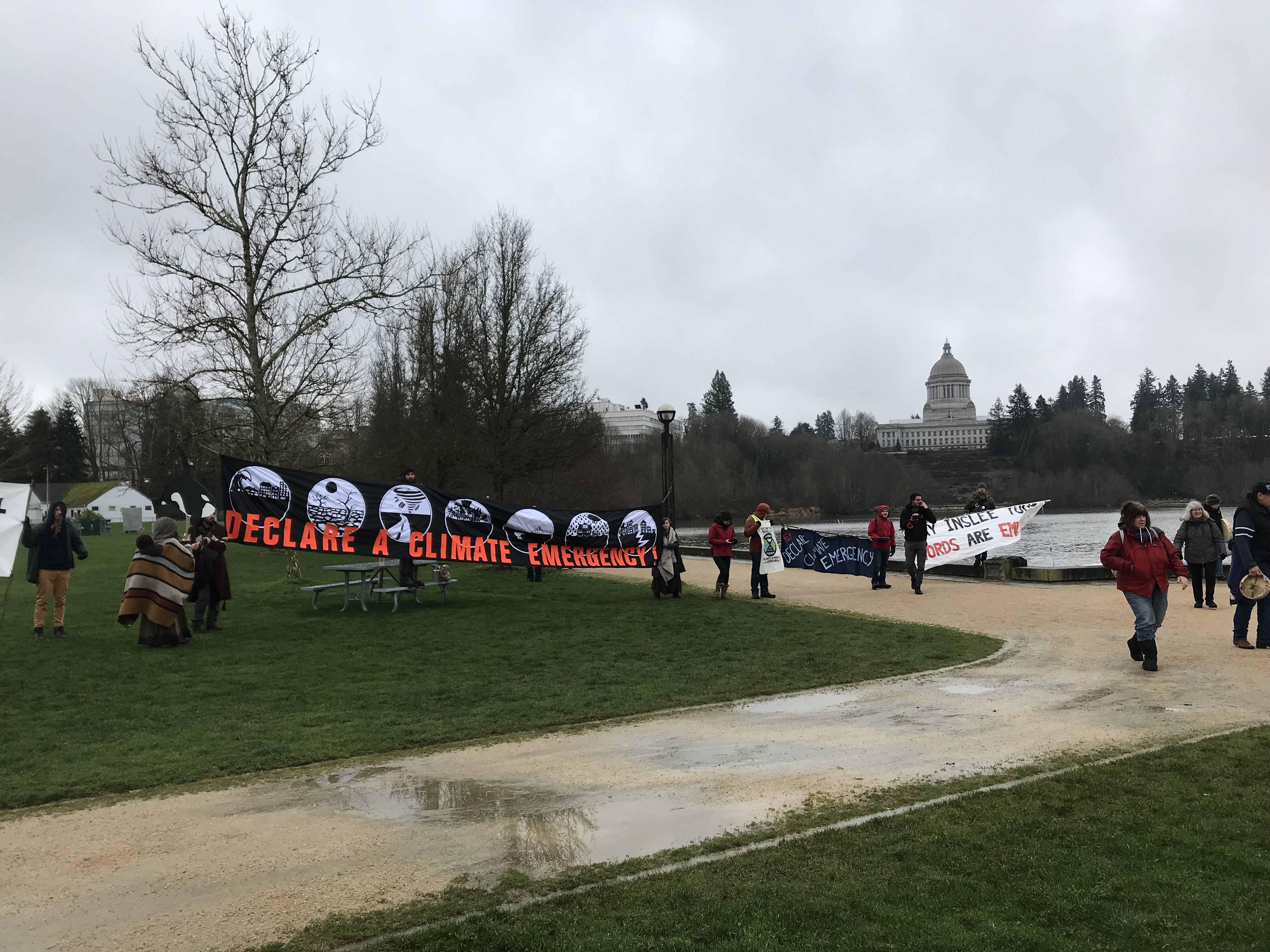