Connect with the Bellingham Action Brigade 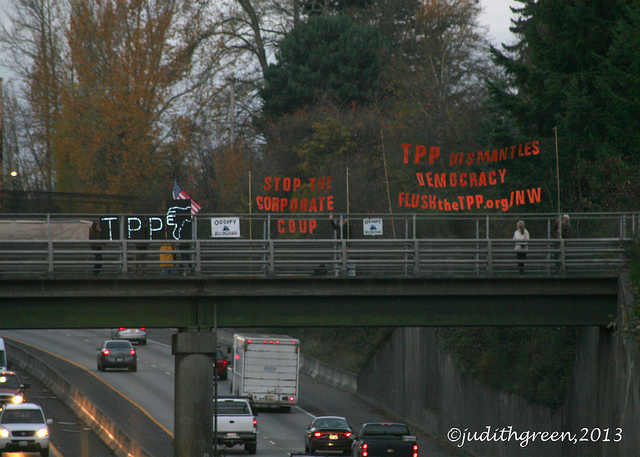 Backbone holds a lot of love of the Bellingham Action Brigade. They hosted a weekend of strategizing and skill-building among activists that spurred resistance to the TPP in the Pacific Northwest. Prior to that, members of the action brigade participated in and supported a blockade on railroad tracks where 12 people locked-down. Their action was one of the first direct actions against the massive influx of coal-dust spewing trains through the region. Investors in the coal terminals like Goldman Sachs were seeking to use the Pacific Northwest as a fossil fuel transport corridor for China, the cumulative impact of which, in terms of climate changing emissions, would be far greater than building of the KXL pipeline. Their action was a clarion call to the region to mobilize. Now, due to bold, creative and persistent action whether it's coal terminals or arctic oil drilling rigs it seems that the Pacific Northwest is where fossil fuel projects go to die. Cascadia -> #Blockadia

The Bellingham Action Brigade is amplifying actions and mobilizing public engagement by utilizing a host of creative tactics like:

Connect with the Bellingham Action Brigade by filling out the quick form below.