Backbone supports The Simpson Plan and the breaching of the dams on the Lower Snake River. With the help of volunteers, we’ve made and deployed 6 banners across Washington State, with the message to elected officials that Pacific North West supports wild salmon and the restoration of the Snake River and it’s time to breach the four Lower Snake River dams.

Idaho Representative Mike Simpson is pushing for bipartisan support for his proposal to breach the dams on the Lower Snake River in order to save Idaho's vulnerable salmon population. Simpson's plan supports current studies showing that the health of the salmon can be prioritized without having to replace the hydropower generated by the dams with fossil fuels. His plan looks at not just taking down the dams, but finding other renewable energy sources to replace them that will not denigrate their surrounding environment.

The NW Energy Coalition published a study that can be found here, on the impacts of replacing the Lower Snake River Dams with other renewable energy sources and found that it would be as little as $1 on the electricity bills of residents benefiting from the energy generated. The cost of not taking down the dams is driving the PNW salmon and ultimately the orca population into extinction.

At an action on the banks of the Snake River, the NW Great Old Broads and Bros showed up with a banner pressuring Washington senators Maria Cantwell and Patty Murray to also focus their attention on saving wild salmon and restoring the Snake River. Across Washington state similar banners were deployed to amplify the message. 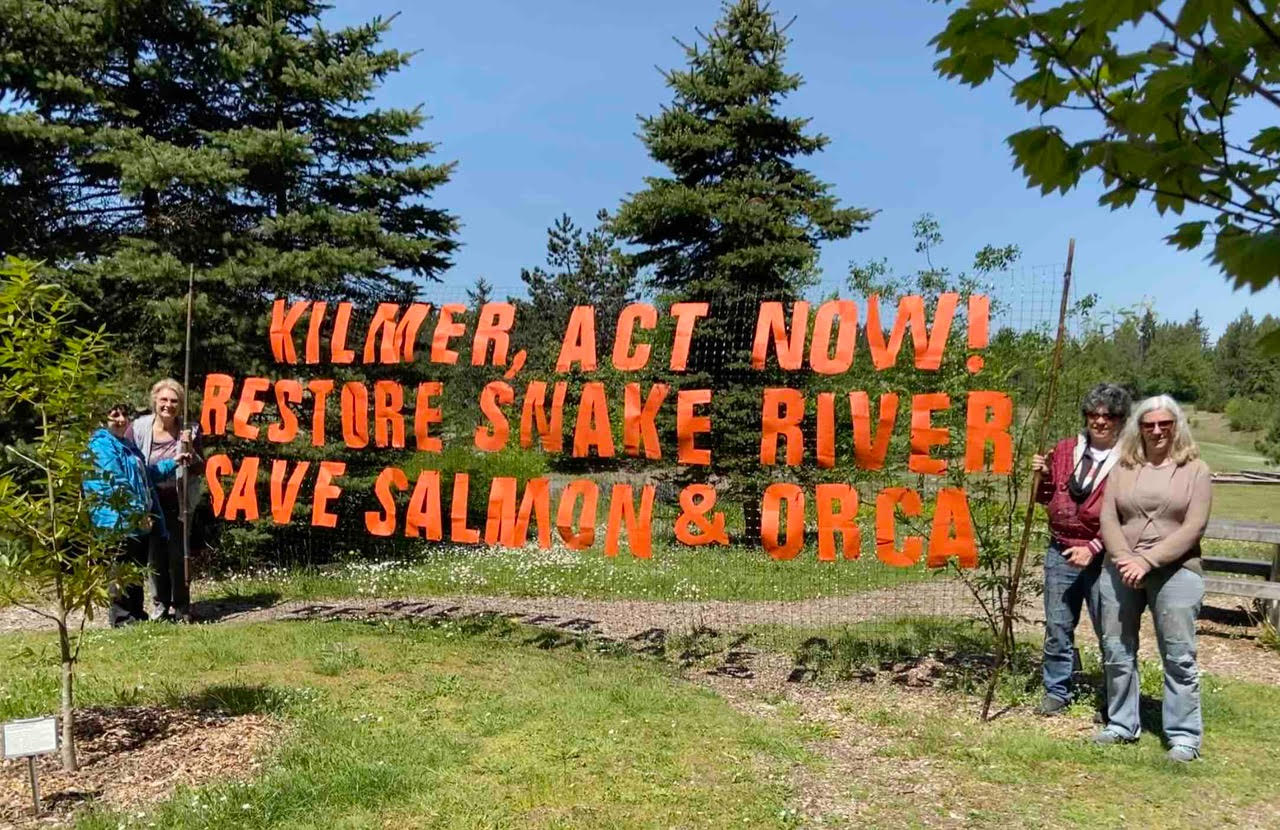 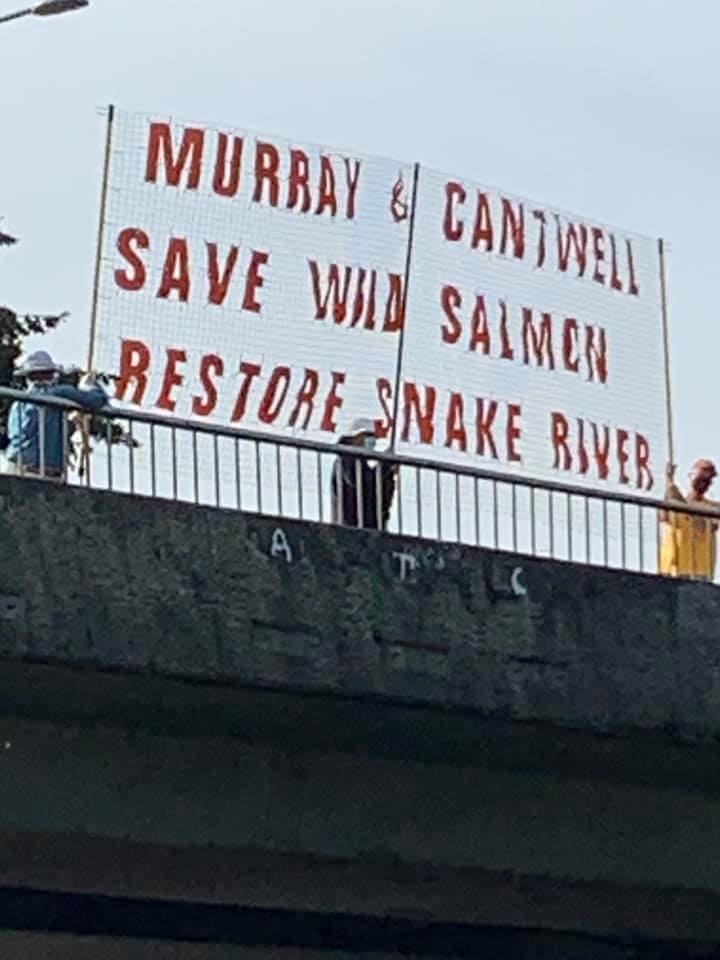 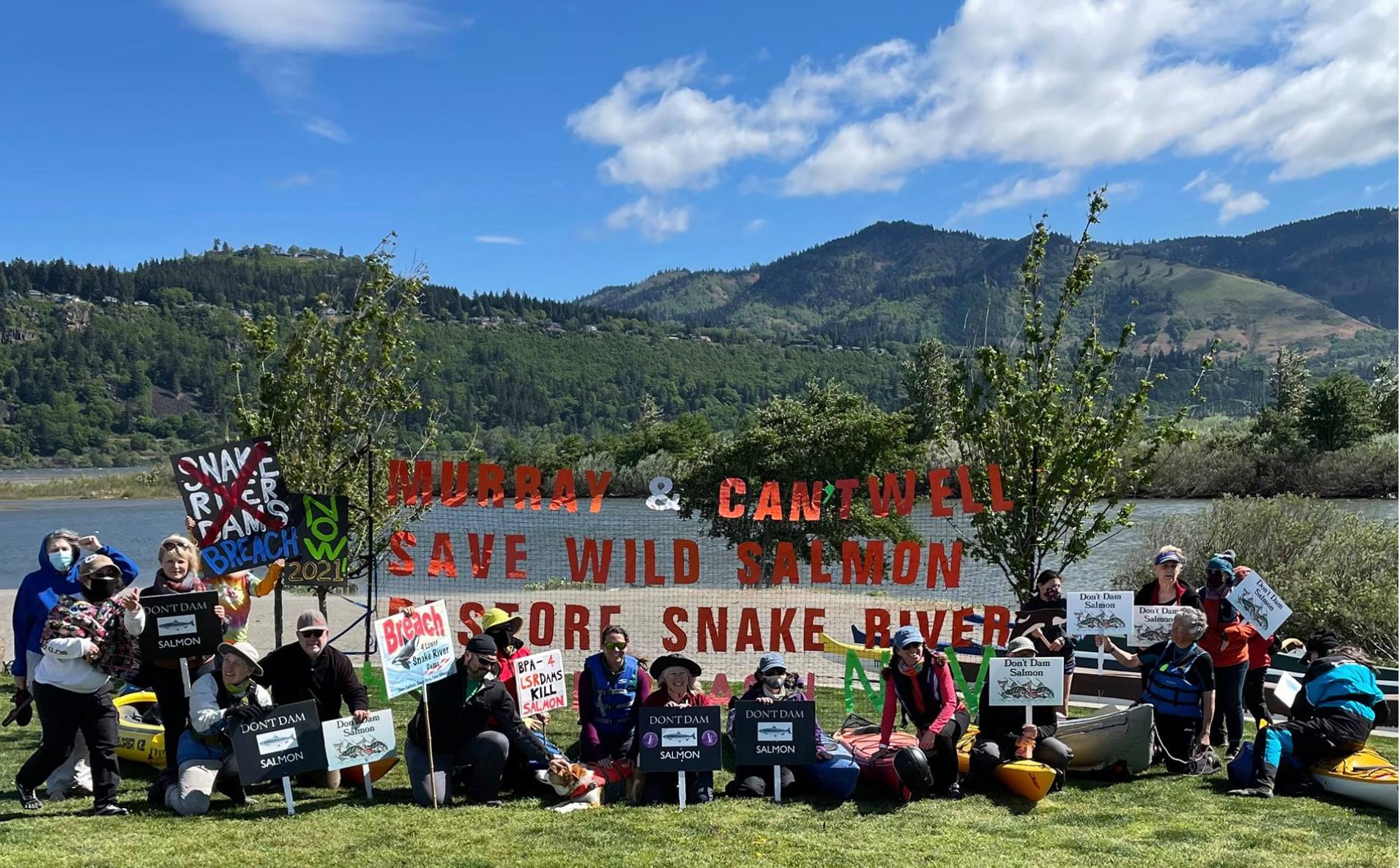 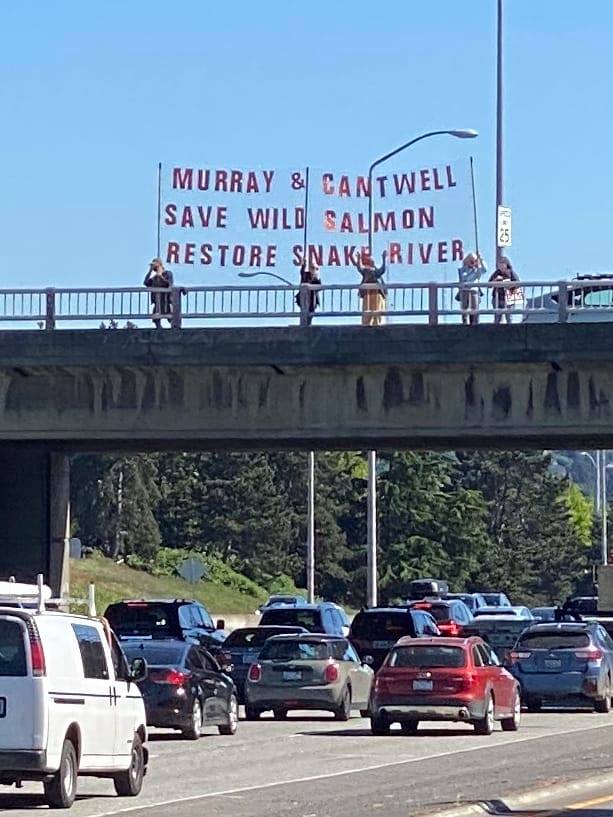 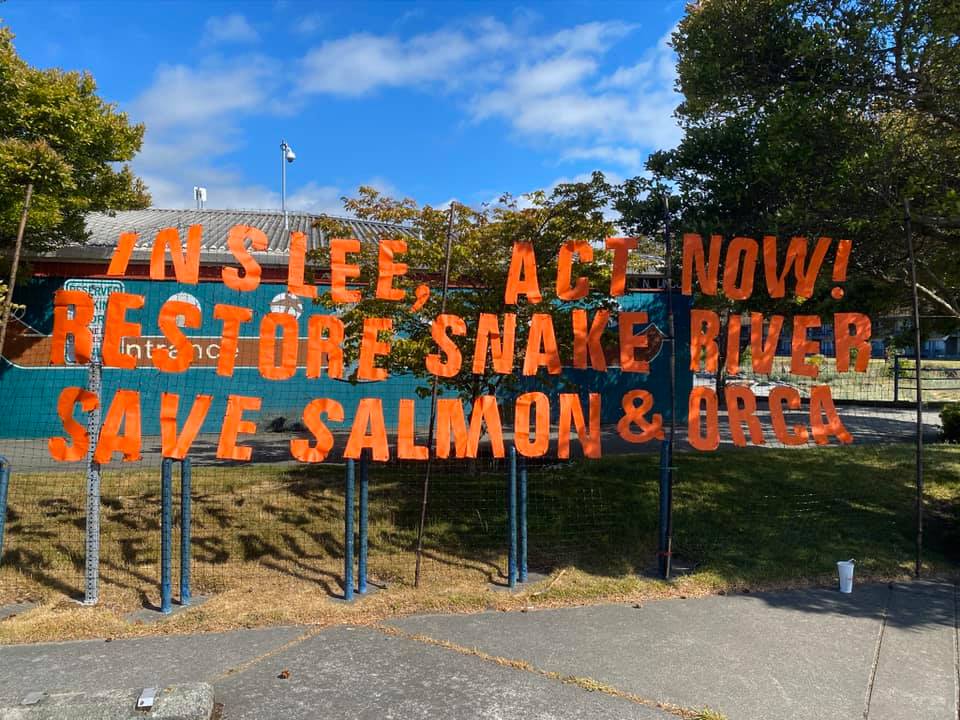