This week, Team Backbone drove across Washington state to execute a light projection to restore America's most endangered river.

As dusk fell Thursday night on the Snake, members of the Nimiipuu Nez Perce tribe gathered at Lower Granite Dam with stories about why a free flowing river is critically important for tribal sovereignty. Their messages were amplified with an illuminated banner, “Honor Treaties” and spotlights projecting messages to save wild salmon, respect treaty rights, and remove the 4 dams on the Lower Snake.

The purpose of this action was to inspire everyone who cares about the future of wild salmon and wild rivers to urge Senators Murray and Cantwell (D-WA) and Washington State Governor Jay Inslee to remove the 4 dams on the Lower Snake River and earmark Biden infrastructure plan funding to support the Columbia Basin Initiative, aka the "Simpson Plan", developed over many years by Congressman Mike Simpson (R-ID).

The Snake River is considered the most endangered river in America, due to the impact of the four dams.

“We view restoring the lower Snake River – a living being to us, and one that is injured – as urgent and overdue. Congressman Simpson, in focusing on the facts and on a solution, speaks the truth – that restoring salmon and the lower Snake River can also reunite and strengthen regional communities and economies,” Shannon Wheeler, chairman of the Nez Perce Tribe, said.

Voices for dam removal on the Lower Snake are growing. The Affiliated Tribes of Northwest Indians recently passed a resolution in support of dam removal.


Please help support wild salmon, Puget Sound resident orca, treaty rights and tribal sovereignty, and a free flowing river by contacting your elected officials today and letting them know that there is no other solution than to remove the 4 dams on the Lower Snake. 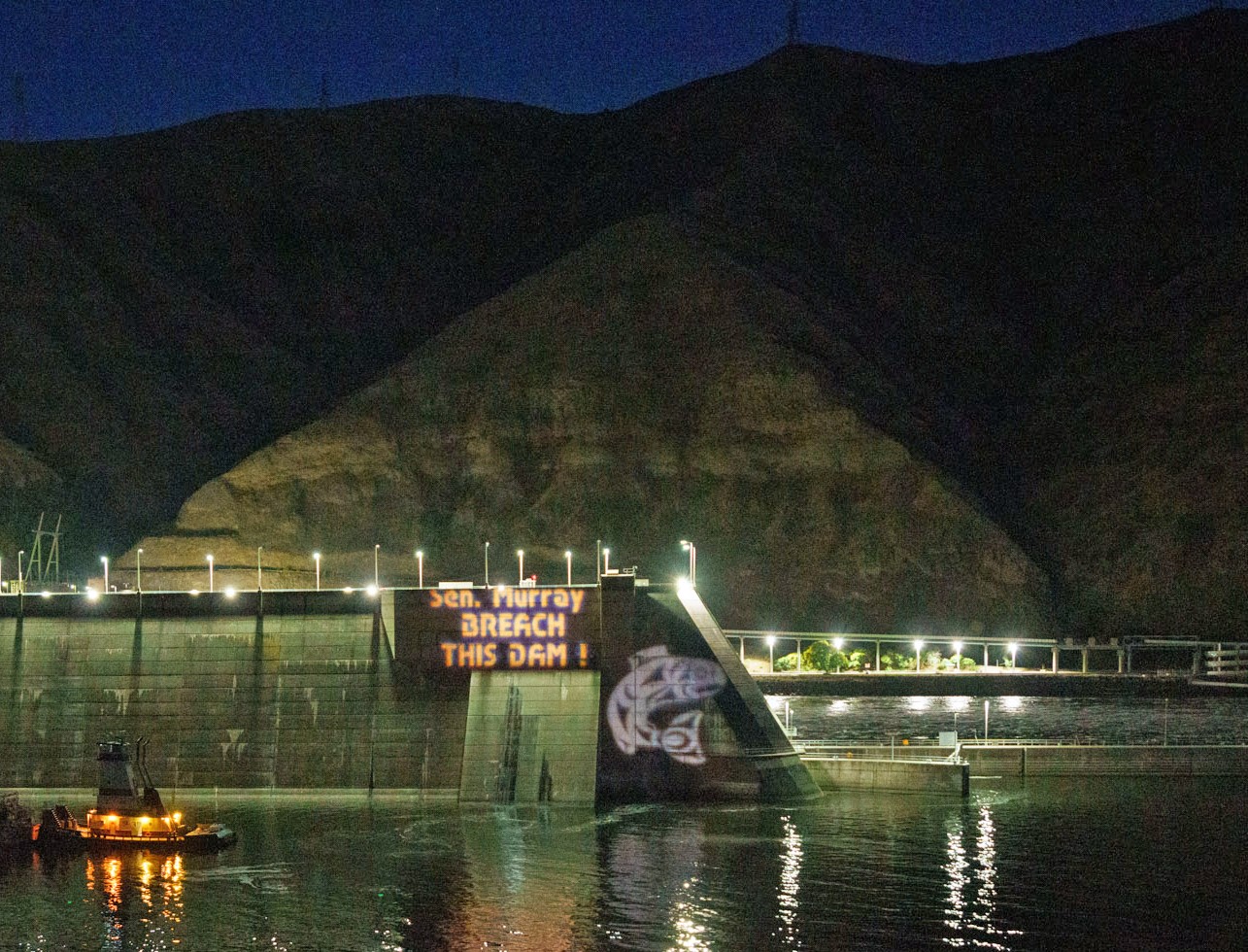 "We are tired of the obfuscation of our so-called leaders who misdirect public attention and delay self-evident and urgent actions.
They are now attempting to confuse Secy. Buttigieg about what salmon need with proclamations to direct funding to subsidize Washington state's court-ordered culvert removal program* when what they ought to be doing in securing funding for a new, bold and bipartisan initiative to bypass these four extinction machines," stated Bill Moyer of Backbone Campaign. "We need Secy. Buttigieg, the Biden Administration, and Congress to listen to the Tribes and everyone else urging support for Simpson's Columbia Basin Initiative. It alone is our last, best chance to save these species for future generations."

(*In 2018, the US Supreme Court affirmed the NW Tribes position that the state of Washington is already obligated to remove culverts that impede salmon migration. The federal Army Corps of Engineers owns and operates the four Lower Snake River Dams and their removal has been deemed essential for saving endangered salmon and steelhead runs as well as the orcas of the Puget Sound who rely upon the Snake River Chinook for sustenance.)

At over 270+ yards away, this was our longest projection ever. It was also one of the most difficult, due to the remote location, security, and conditions. Backbone activist Steve Parker's preparations were essential to its success. Big thanks to the Nimiipuu Protecting the Environment for the opportunity to collaborate in such a meaningful way. We are grateful to Ben Herndon who took photographs, to videographer Jeff Ferguson (video coming), and to Lana Jack, for images of the indigenous fisherman at Celilo Falls. 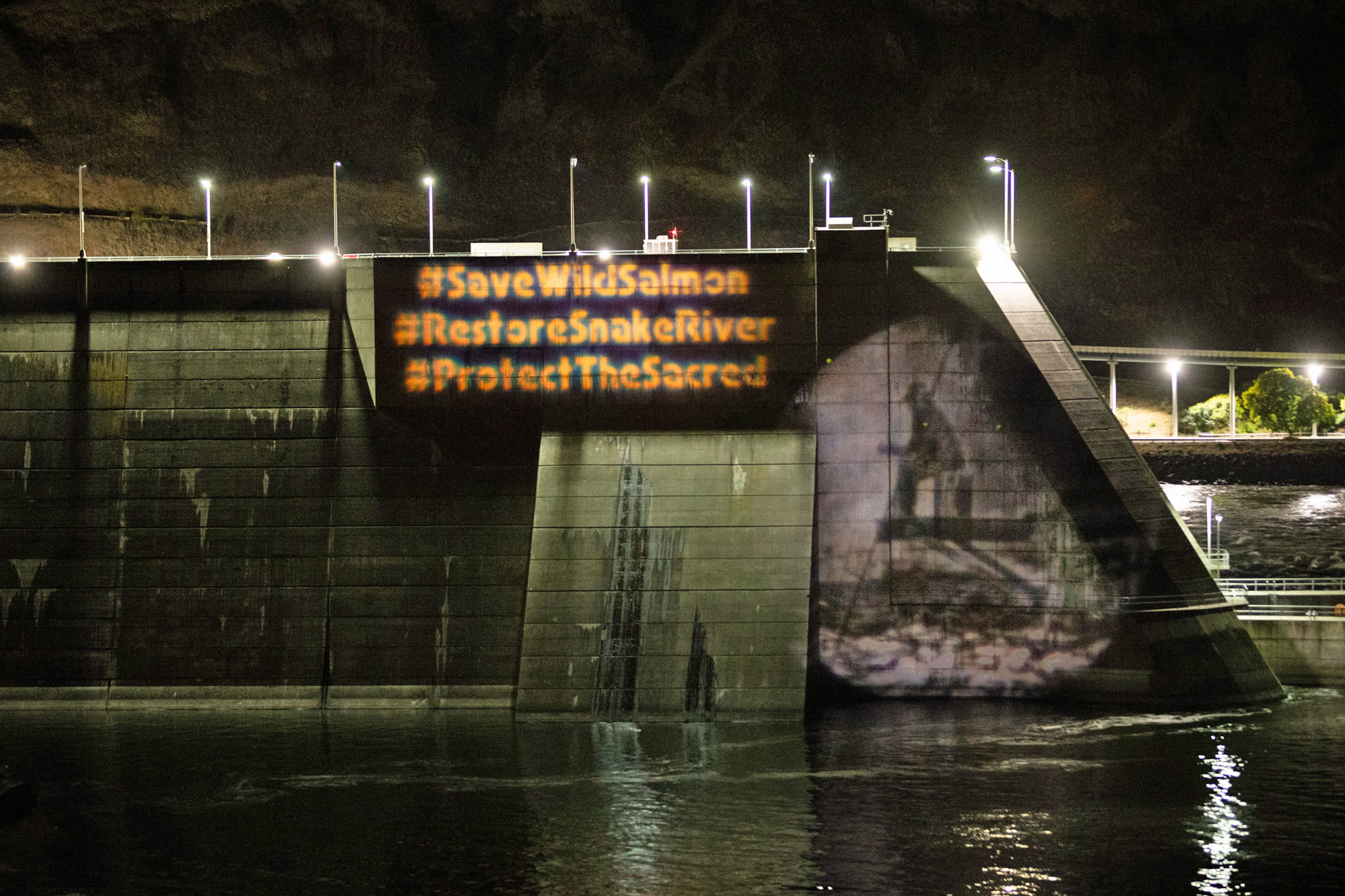 Backbone Campaign has supported multiple Kayak Flotillas to #FreeTheSnake. We've produced 15 Human Orca Murals over the last 3 years, created and deployed giant banners, inflatable orca and salmon, and light projections calling for dam removal, river restoration, and saving wild salmon and resident orca in multiple Pacific NW communities, as well as in Washington DC.  We are gearing up to support many more actions this summer and fall, including an August 7th Rally for the River.

Keep these creative actions going and growing by pitching in HERE. Please make a donation today, and consider becoming member our Lumbar Club HERE to sustain the work with a monthly contribution. We cannot succeed without YOU.

To sign up and take action by deploying a banner or getting involved, fill out this form: BackboneCampaign.org/fts

PS To make a donation to keep this creative work for salmon and orca going, please click here: BackboneCampaign.org/donatefts Thank you! 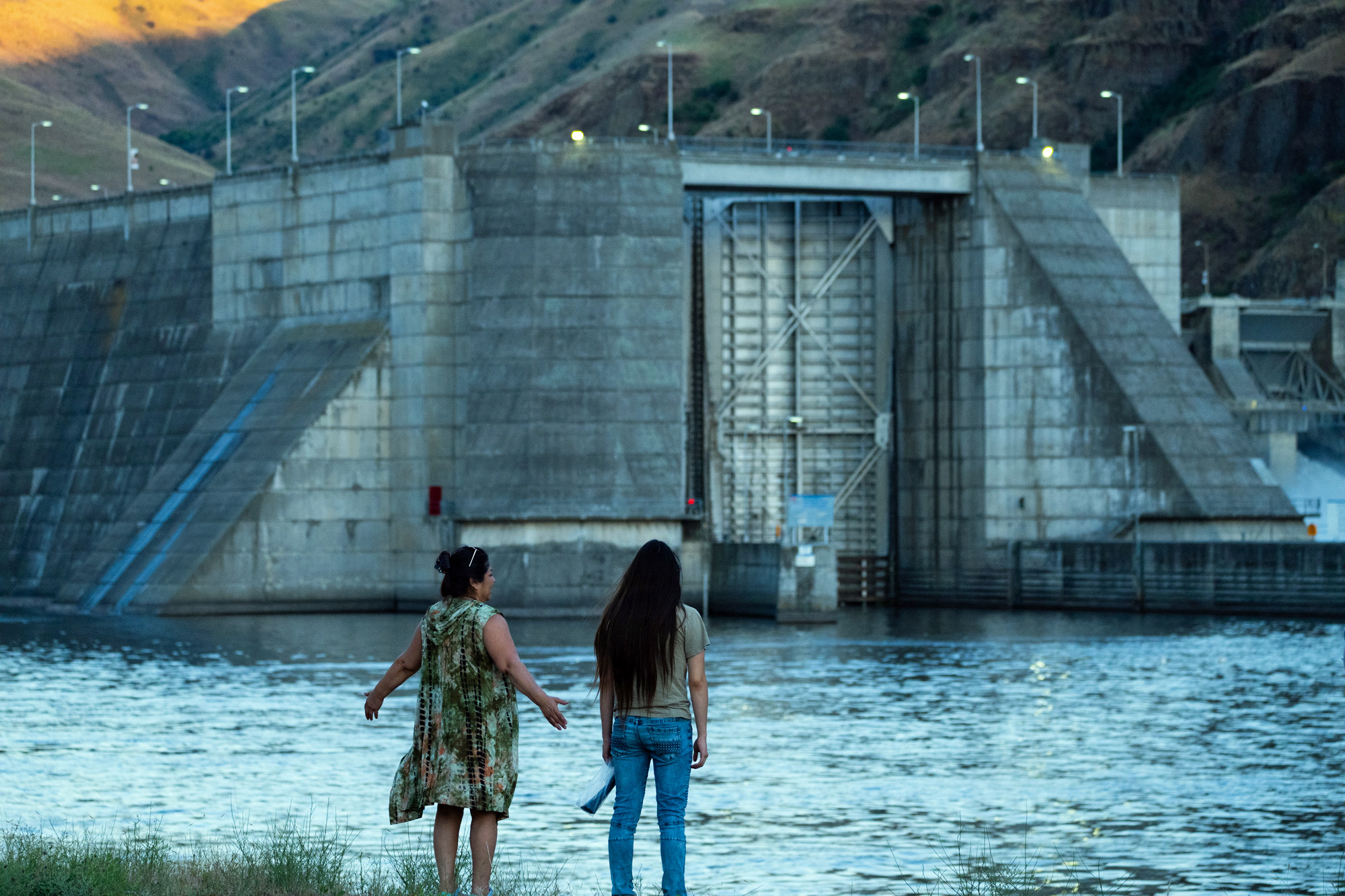 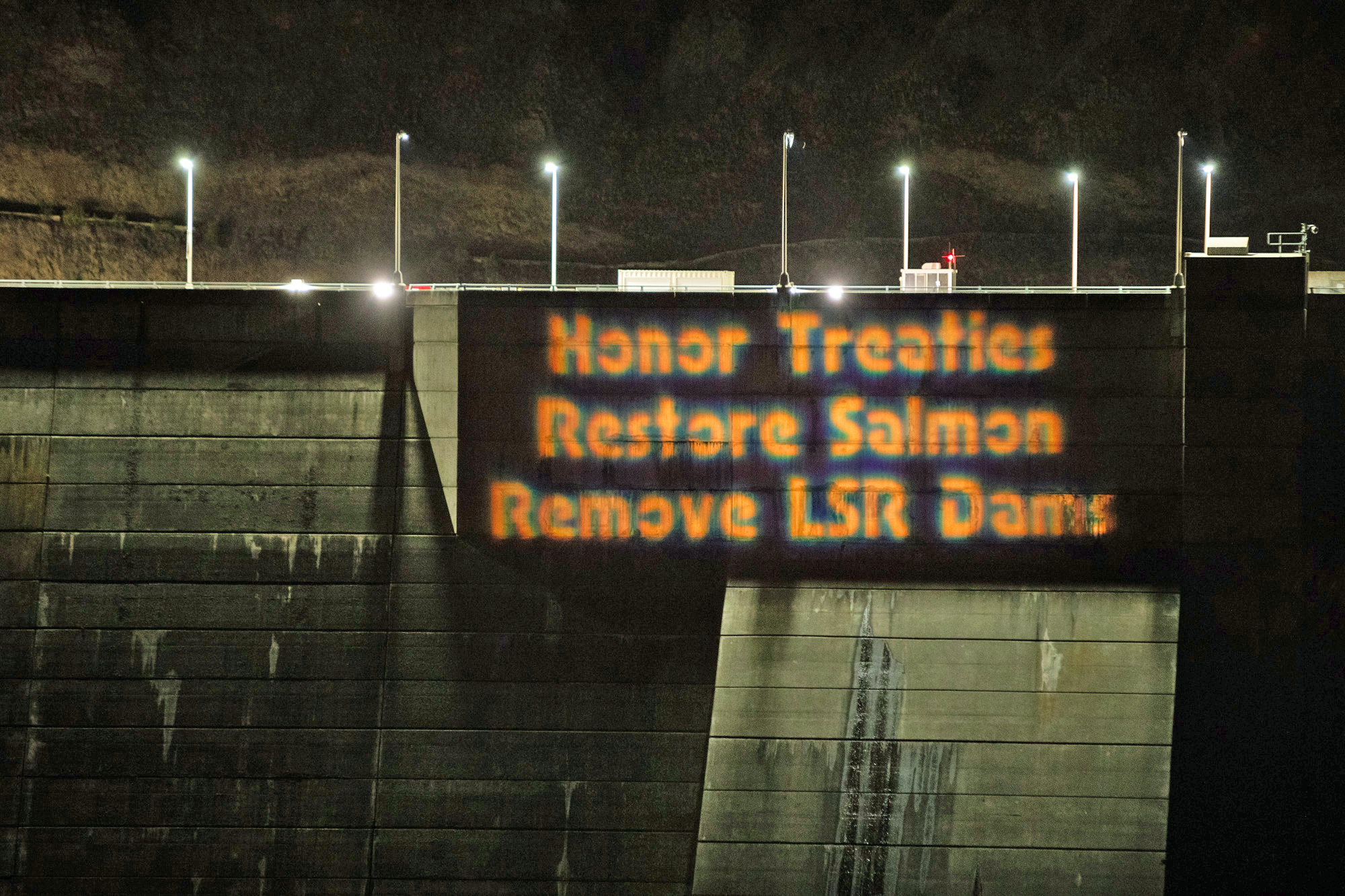 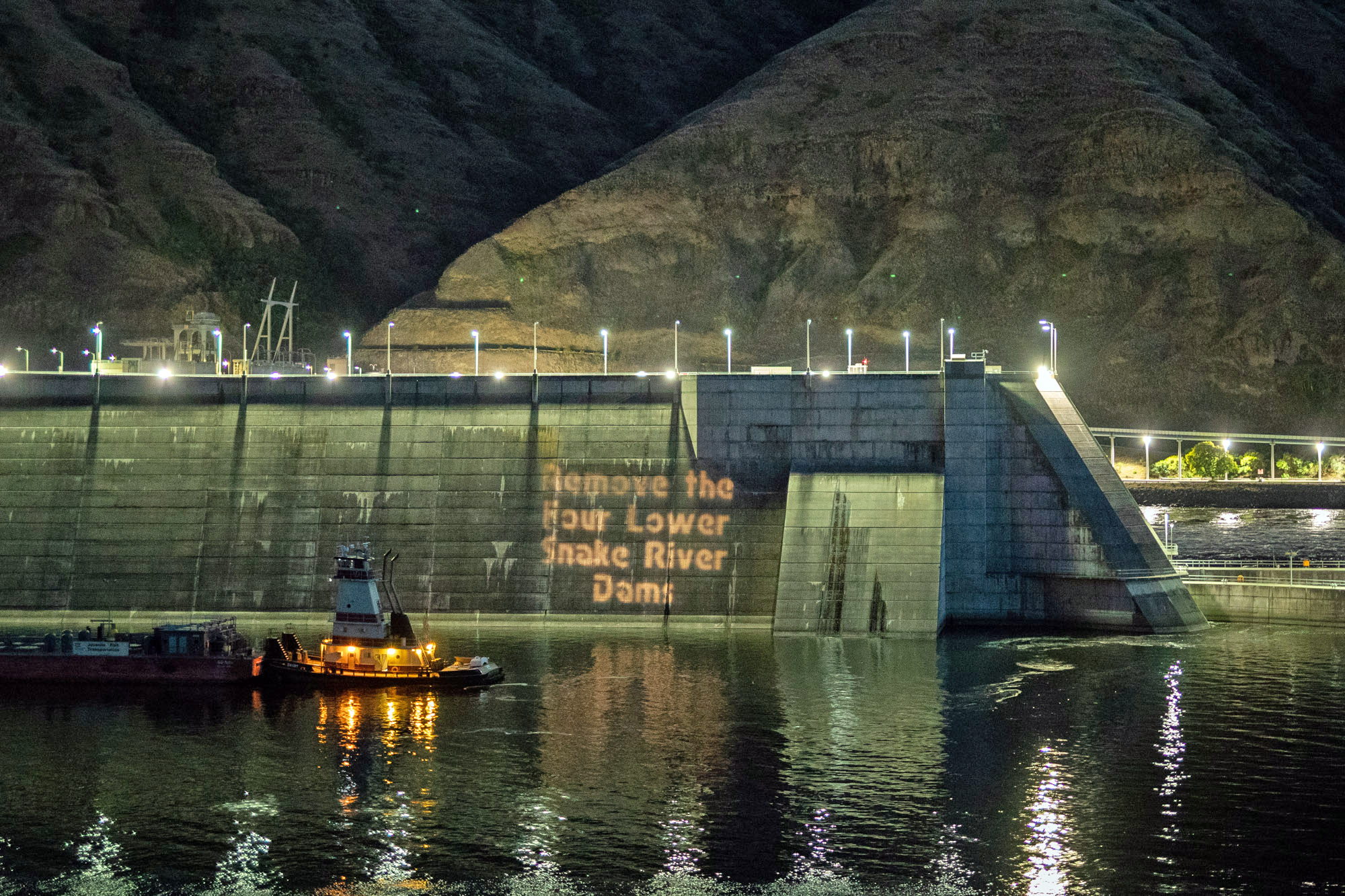 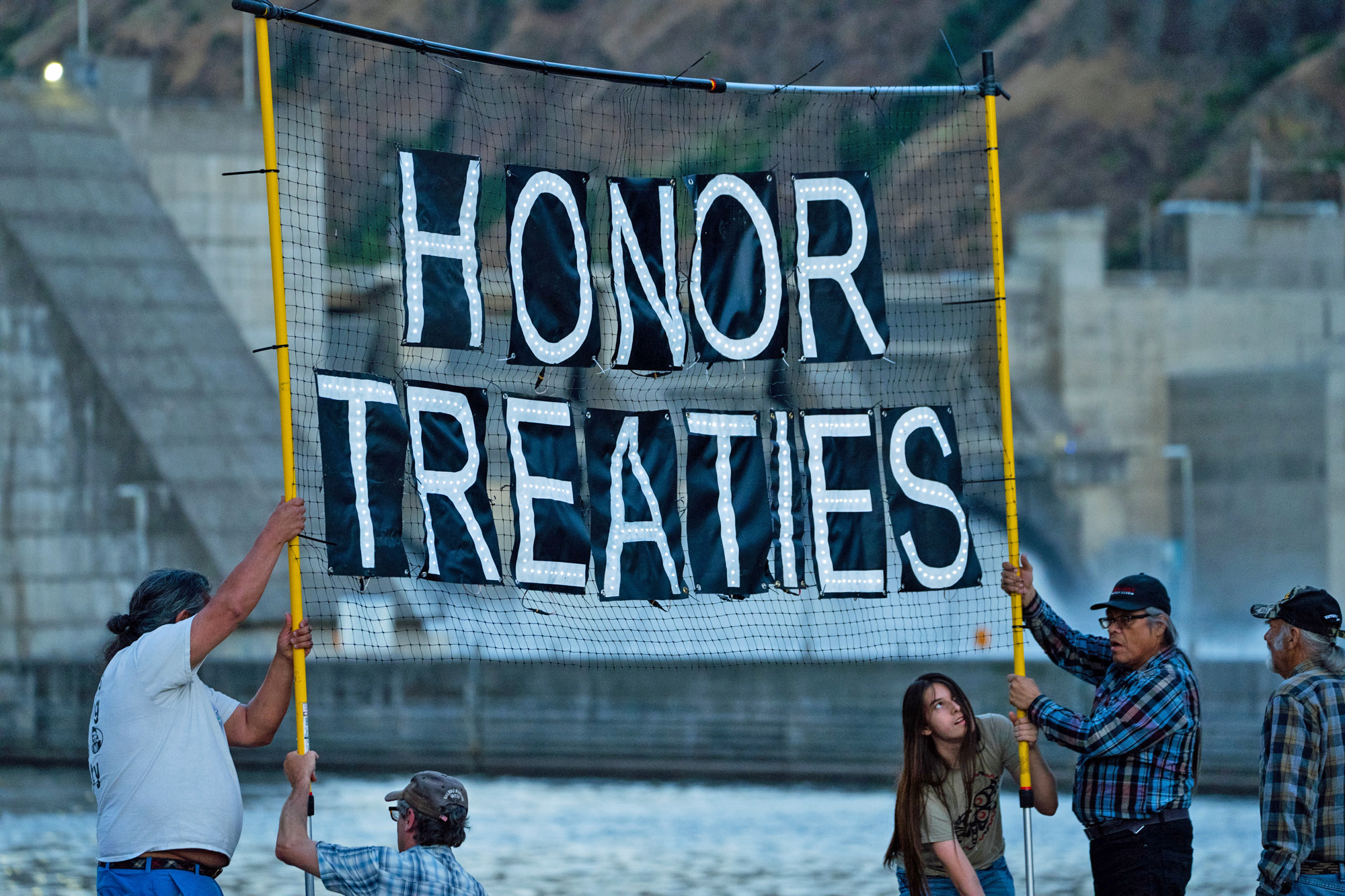 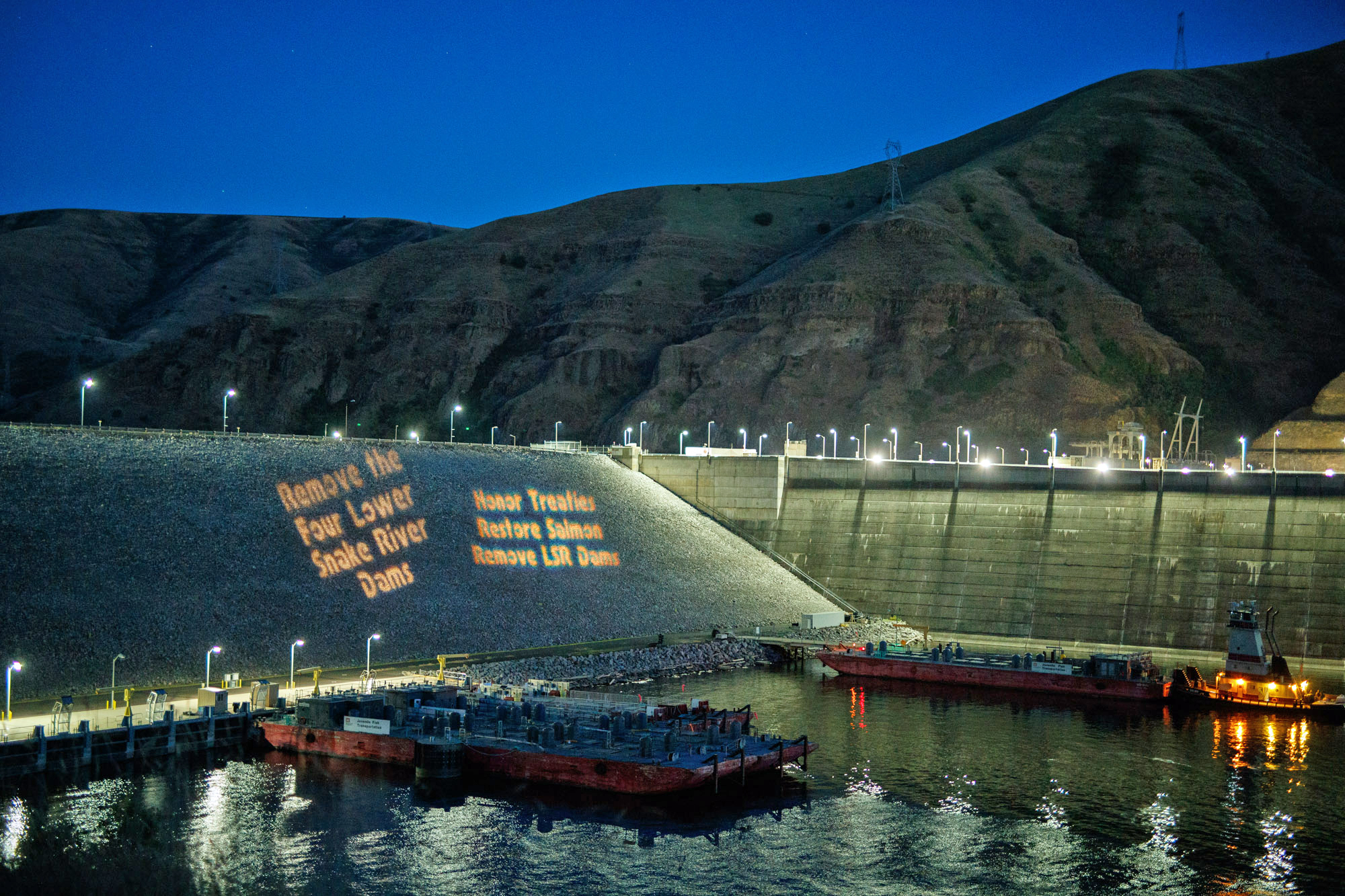