Bay Area Solidarity Brigade projected on the iconic UC Berkeley clock tower to celebrate the unanimous approval of the resolution by the student government. 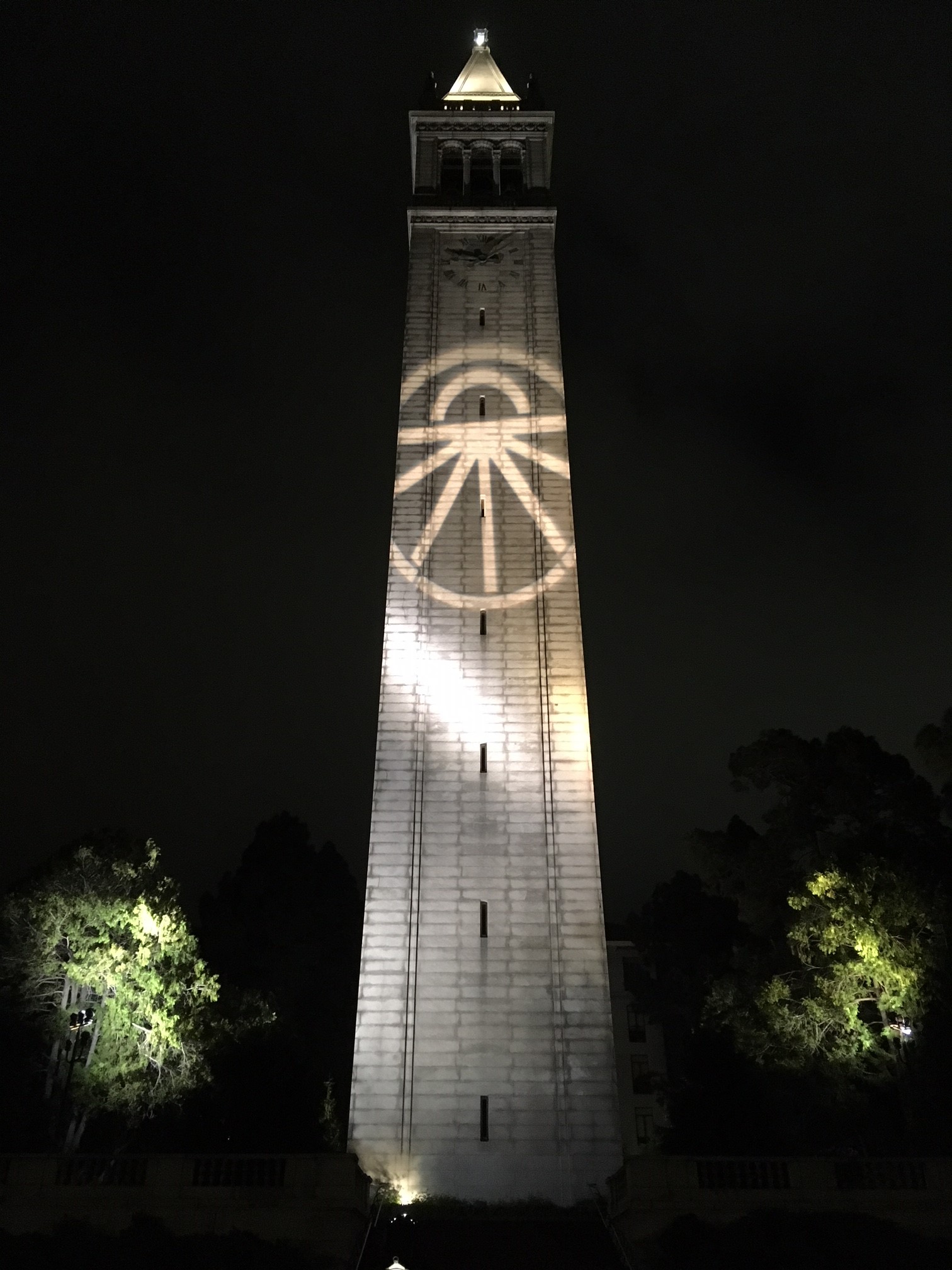 In April, the UC Berkeley student government unanimously voted their approval for the Congressional resolution for the Green New Deal. To commend them for their vision and leadership, Bay Area brigade members projected Green New Deal on the iconic Cal clock tower, the Campanile, which can be seen across Berkeley and even from Oakland. Earlier that evening, the new UC Berkeley Sunrise Movement Hub had its first action in hosting a town hall so the team also projected the Sunrise Movement symbol in appreciation for them, though it was not coordinated with them directly for this to prevent any of the students potentially getting in trouble for the projection. 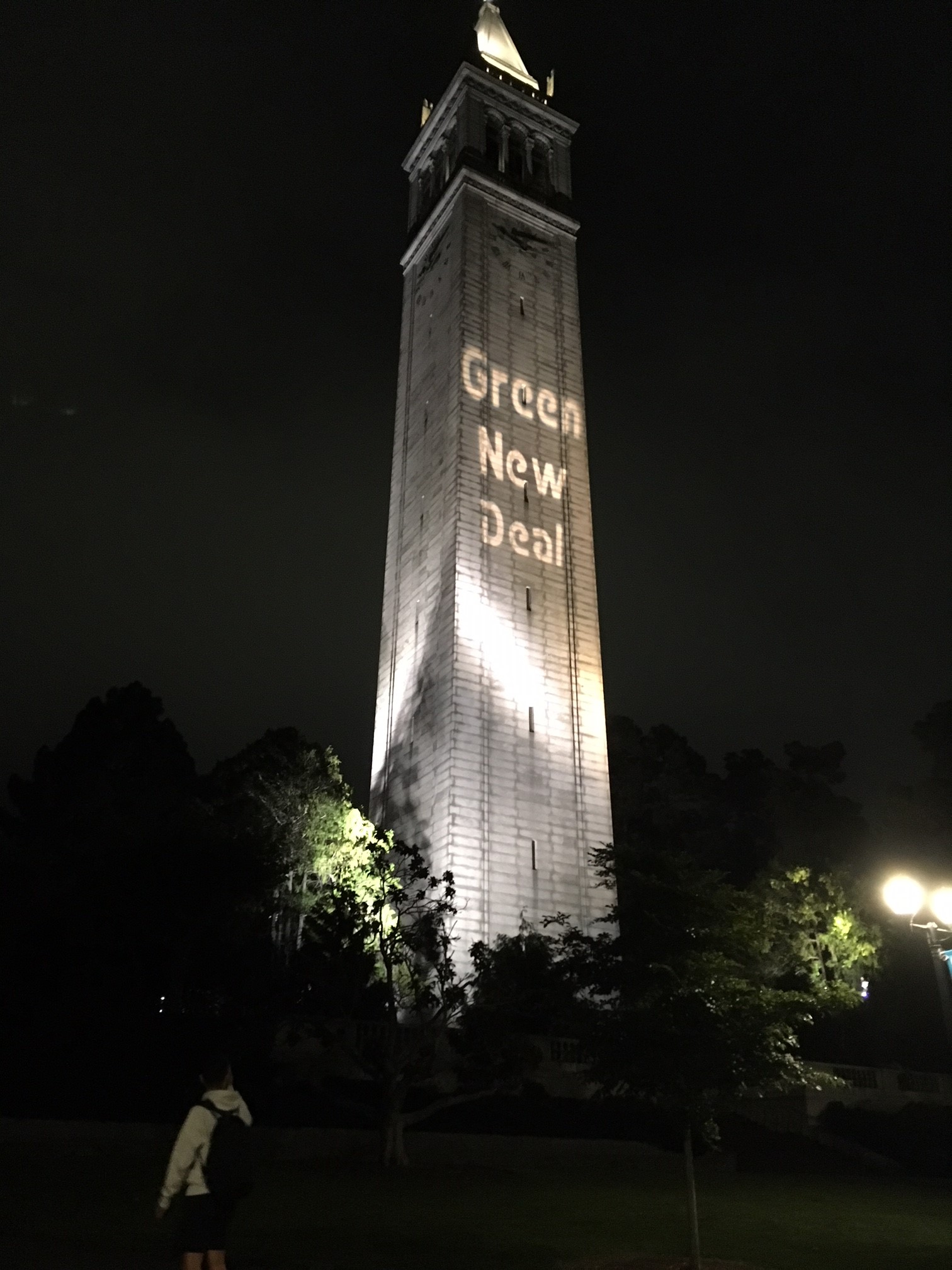