Citizens Arrest #45 at White House protest against State of Emergency 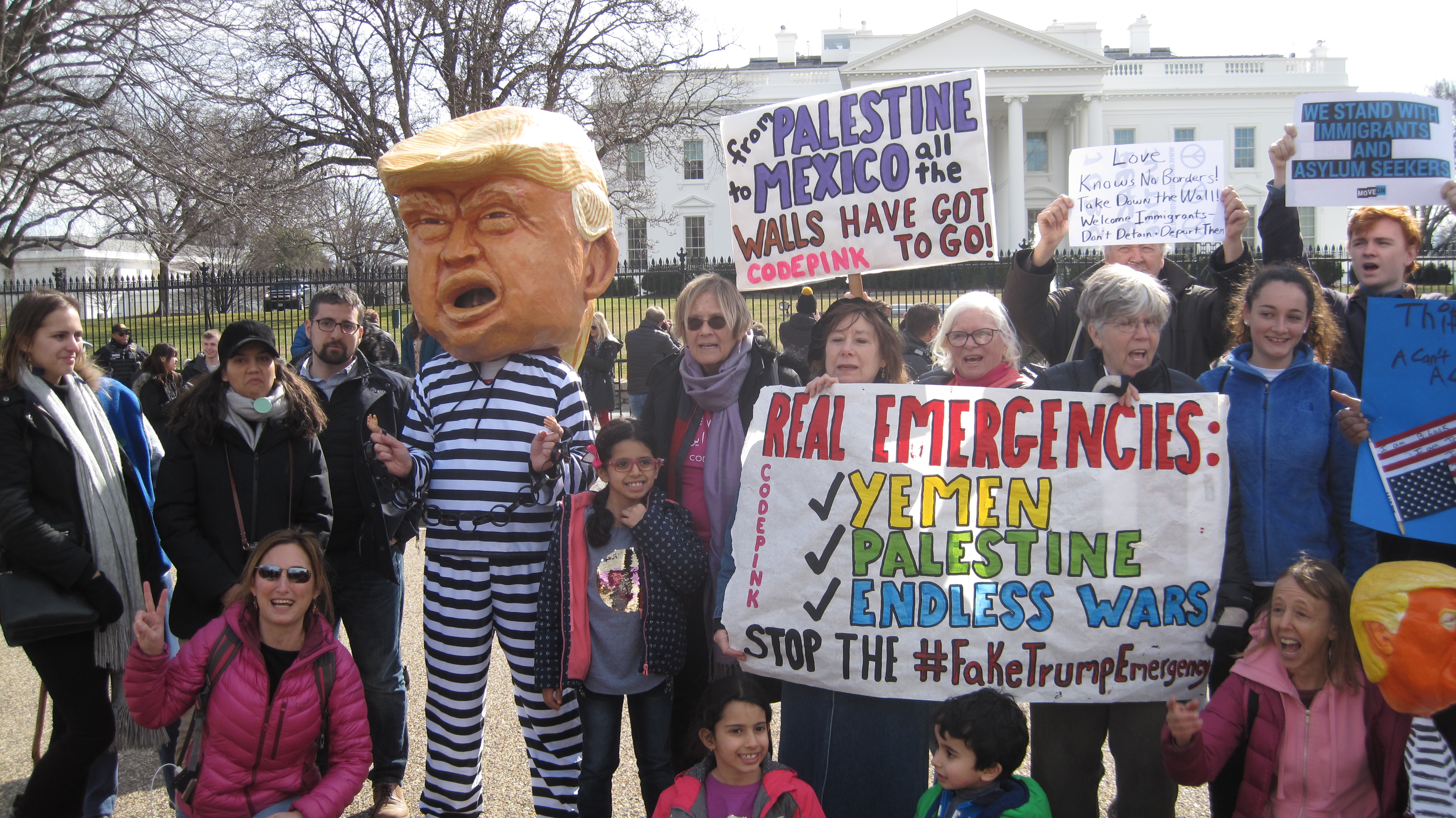 "Trump" in his prison stripes was mobbed by activists and continued to be surrounded by folks of all ages, colors, and creeds who wanted pictures of them arresting the "prisoner". He was also a guest star in photos in front of the White House after the event with Code Pink, CASA, and other allies.

More photos of the various participants in the arrests HERE. 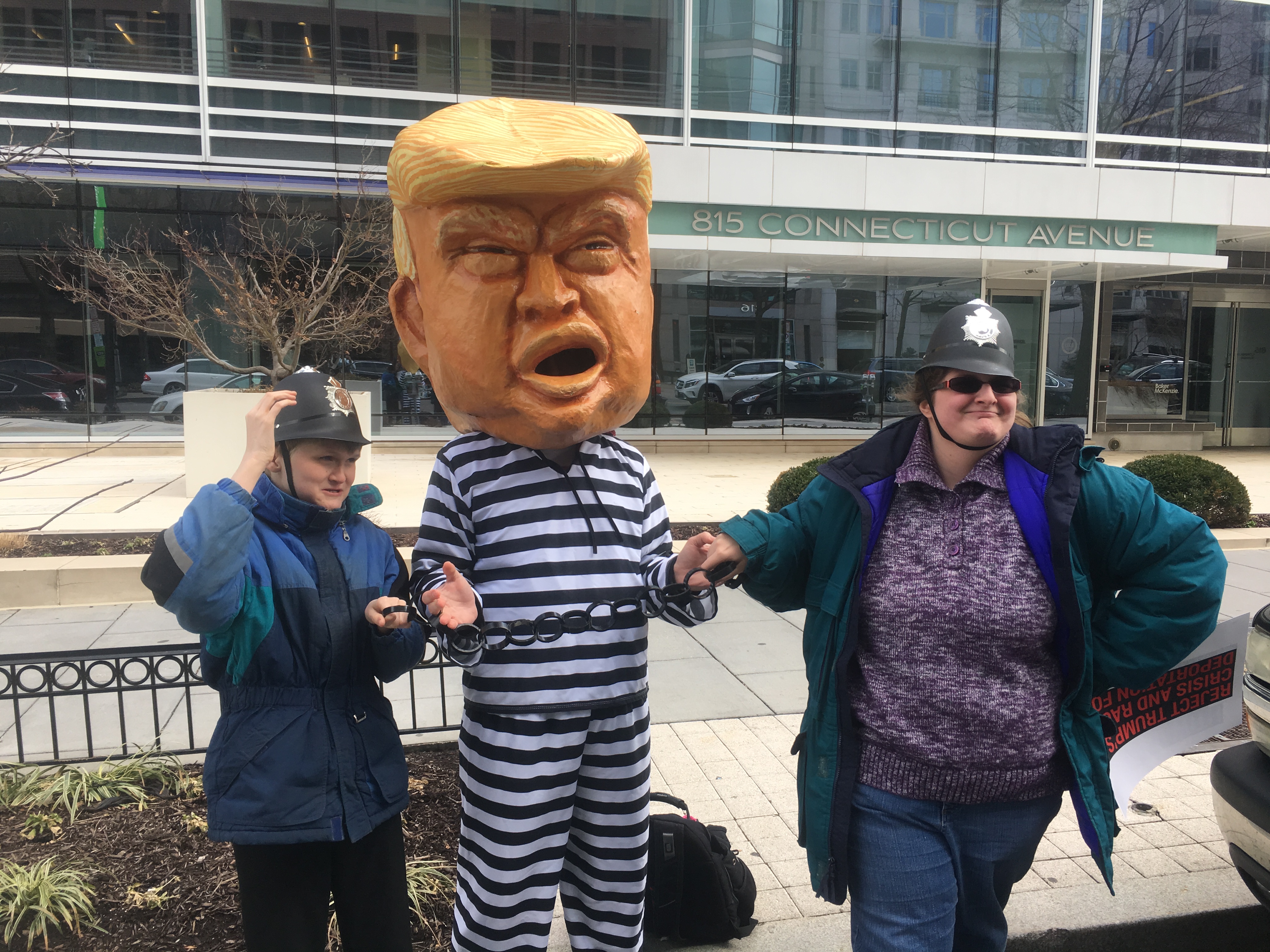 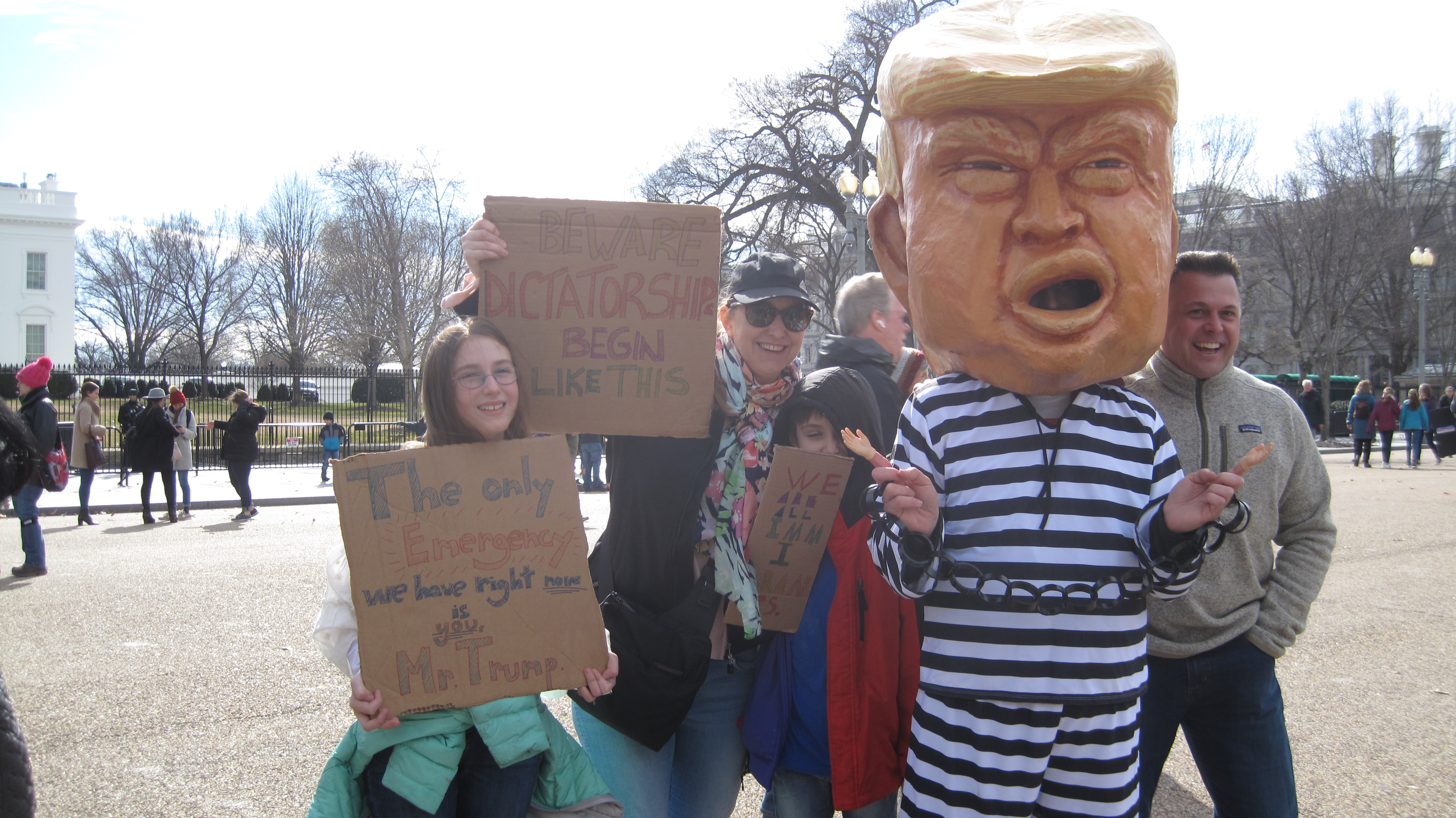