It was a busy Friday night with First Friday downtown promotion, Rails and Ales Snowboard competition and a play at the Performing Arts Center.Several people stopped and chatted with to them about their illuminated message as over one thousand cars drove by in the hour they spent bannering. 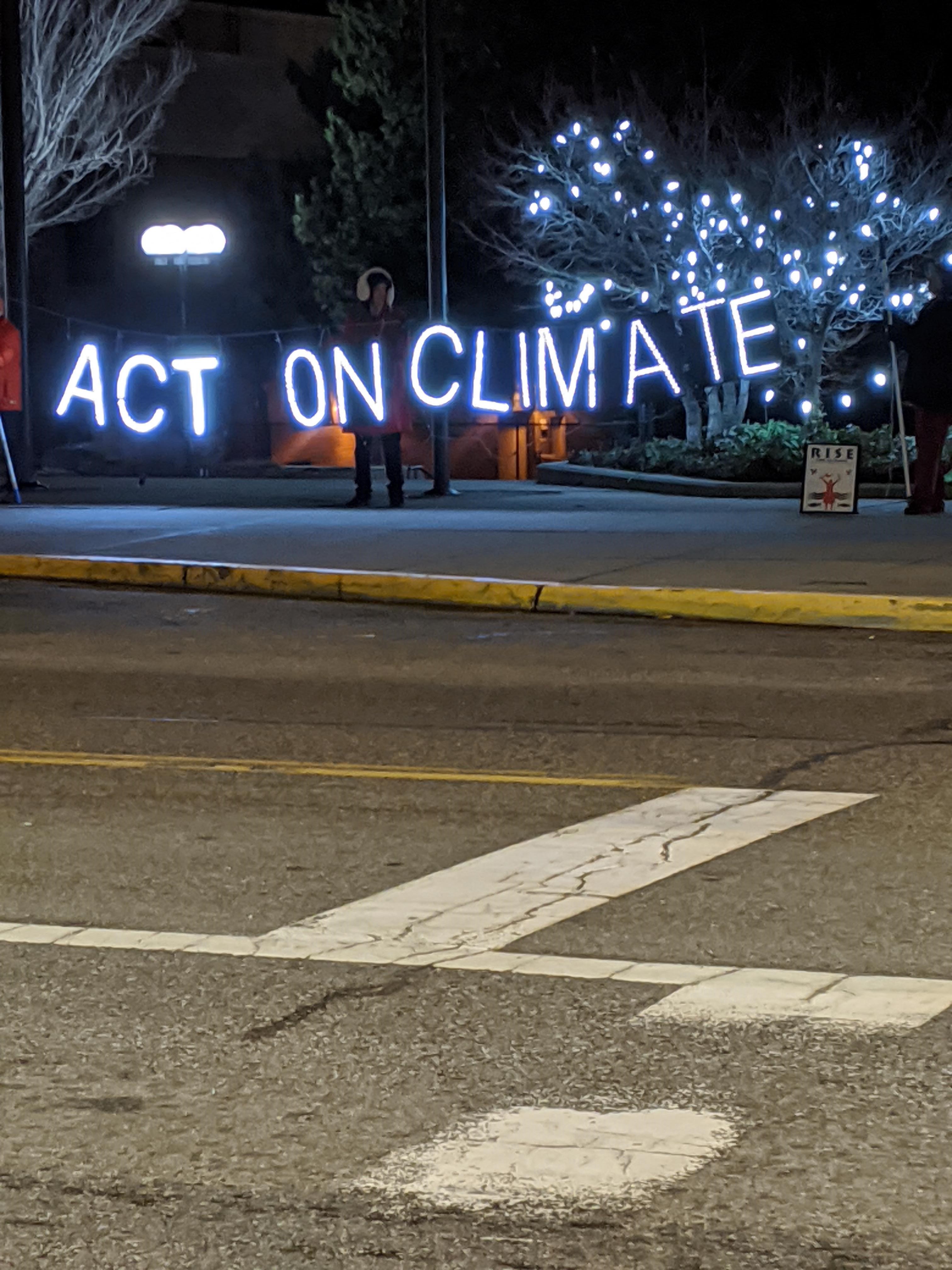