Fill out our Imagery Request form to borrow "DECLARE A CLIMATE EMERGENCY"! 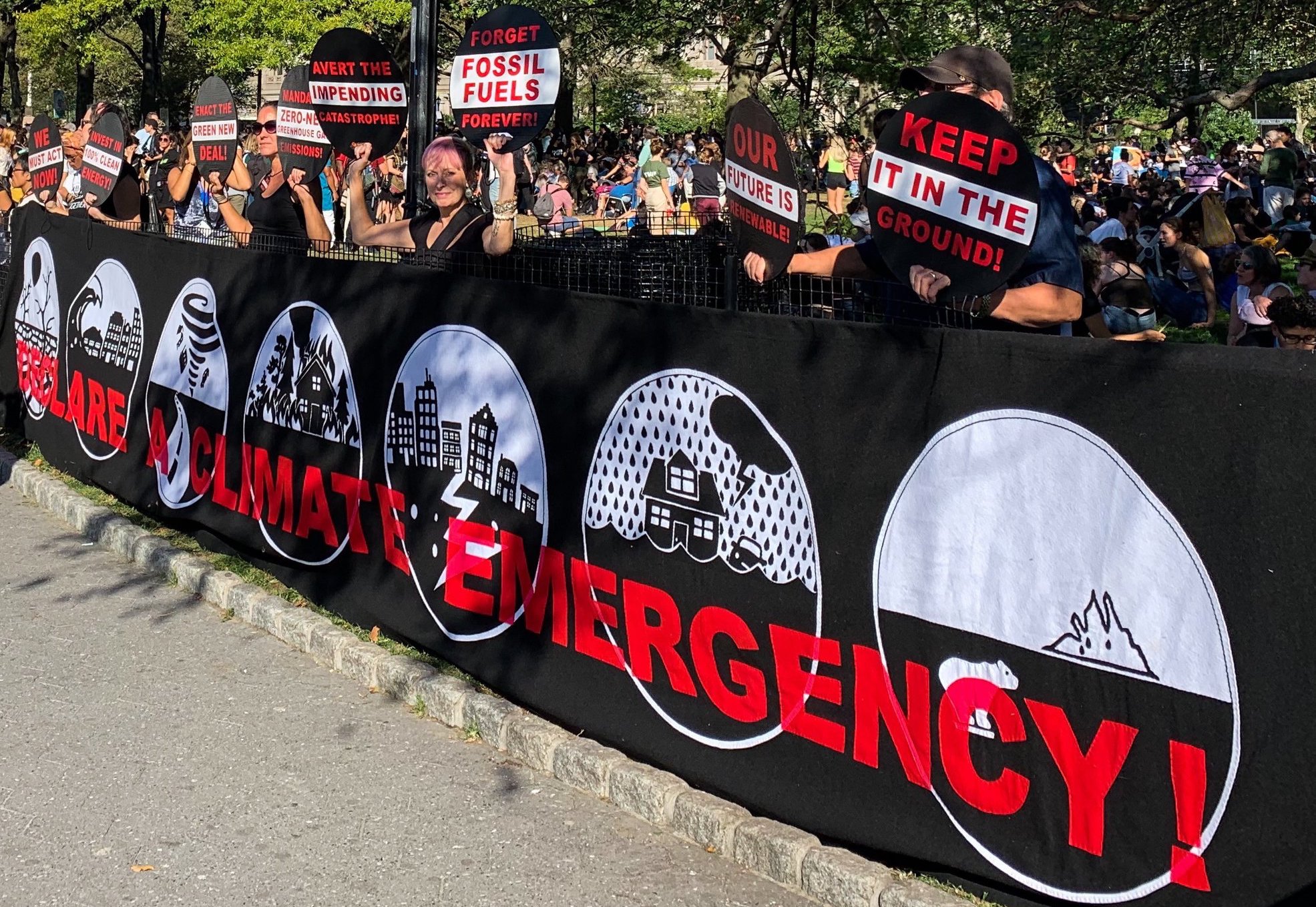 This banner is a replica of the one she has deployed all over the country, including at the UN during the Climate Action Summit in New York during the 2019 Global Climate Strike week.

It depicts seven images illustrating a range of catastrophic effects of climate change: drought, tsunami, tornadoes, wildfire, earthquake, heavy rains/flooding, and melting glaciers. Black and white images with red lettering because, she says, "climate change should be a black and white issue."