CLOSEmsdf projectionists in Milwaukee organized a number of street theater actions for the 25th anniversary of the 1994 crime
bill and to call for its repeal.

On Friday the 13th, coordinated with a number of local anti-prison and police organizations to hold a tweet
storm integrating Jailhouse Lawyer’s Speak’s talking points with those generated by more mainstream organizations
like Leader’s Igniting Transformation, JustLeadership USA, Black Leaders Organizing Communities, and the
Lberatemke campaign. Tweets focused on the connections between the crime bill and the 10 demands of the
2018 prison strike.

At sunset a noise demo gathered outside the Milwaukee Secure Detention Facility. MSDF is a facility built in
2001 to accommodate the influx of incarceration caused by tough-on-crime policies like Biden’s 1994 crime bill. It’s also
the focus of a campaign to free thousands of people from restrictive community supervision policies and the cycle of
revocation. Participants blew and banged on noise-makers, played music and chanted through a loud megaphone, and
projected messages on the side of both MSDF and the county jail across the street.

People held in MSDF cannot flash their lights or reach the windows to respond to noise demos, but they’ve
written or called out in the past to report that sometimes they can hear them.

The lightshow targeted Governor Tony Evers because he campaigned on reducing the prison population and
promised he would close MSDF. Instead, he’s expanded DOC budget and capacity, and invested over $8 million in
years-long construction projects at MSDF. 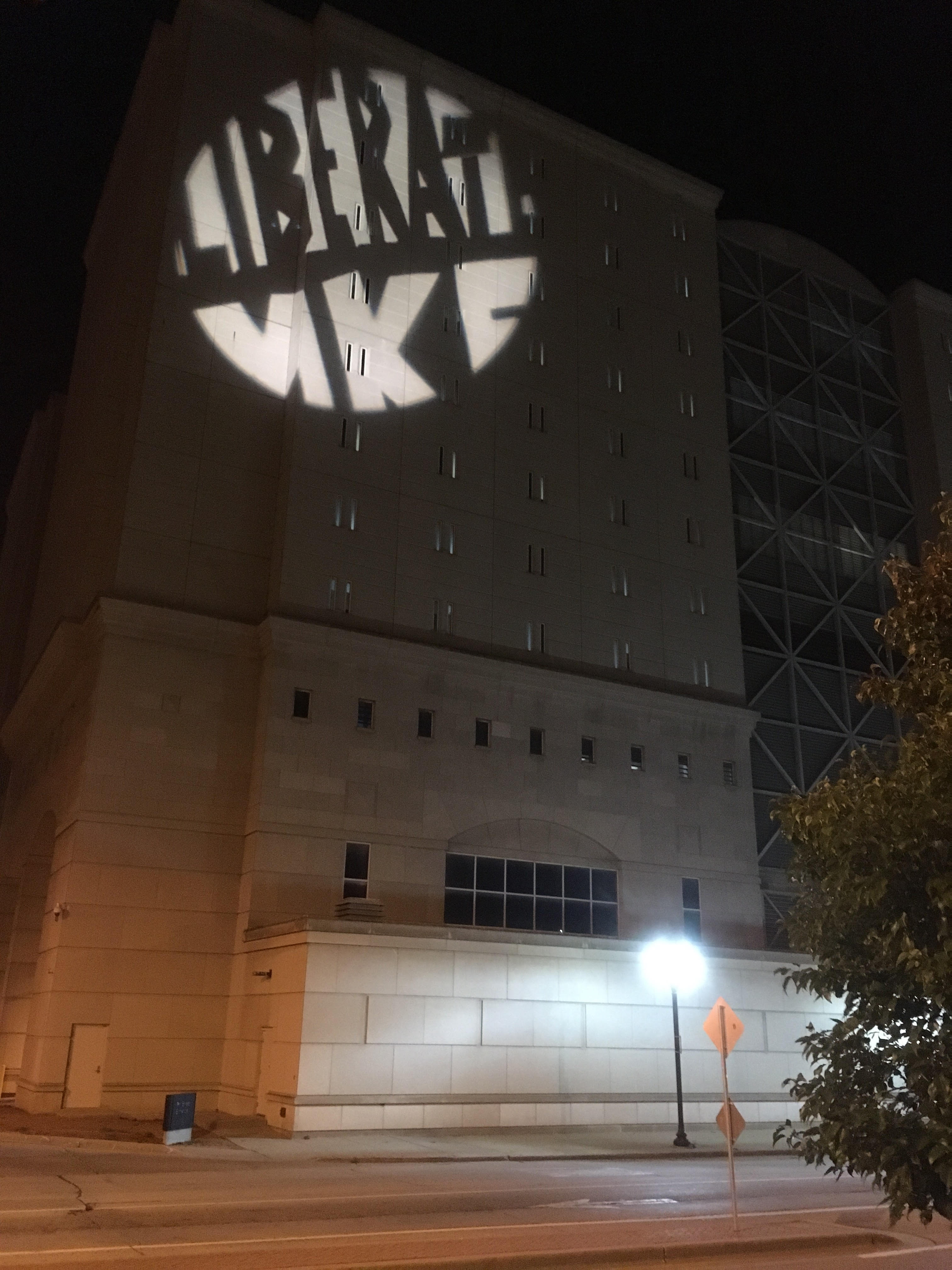 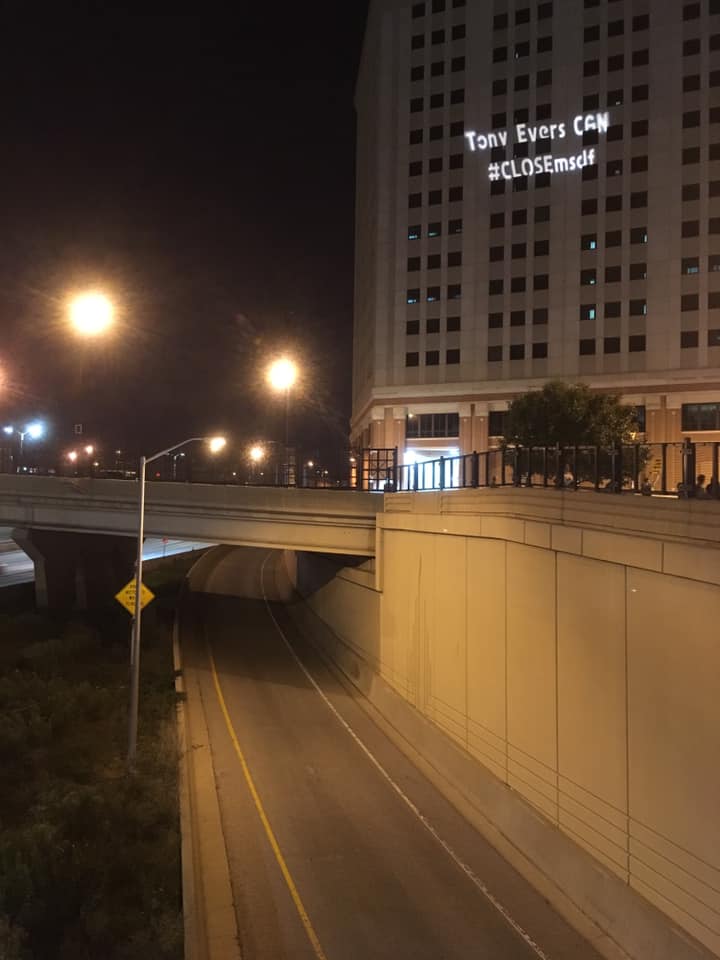