A projectionist in Portland, Maine created a light projection action outside of Senator Susan Collins office ahead of Senate trial of Donald Trump. The projections urged Collins to do the right thing and ask for more witnesses, and a few days later Collins became the first Republican to break with Donald Trump and vote to call more witnesses! 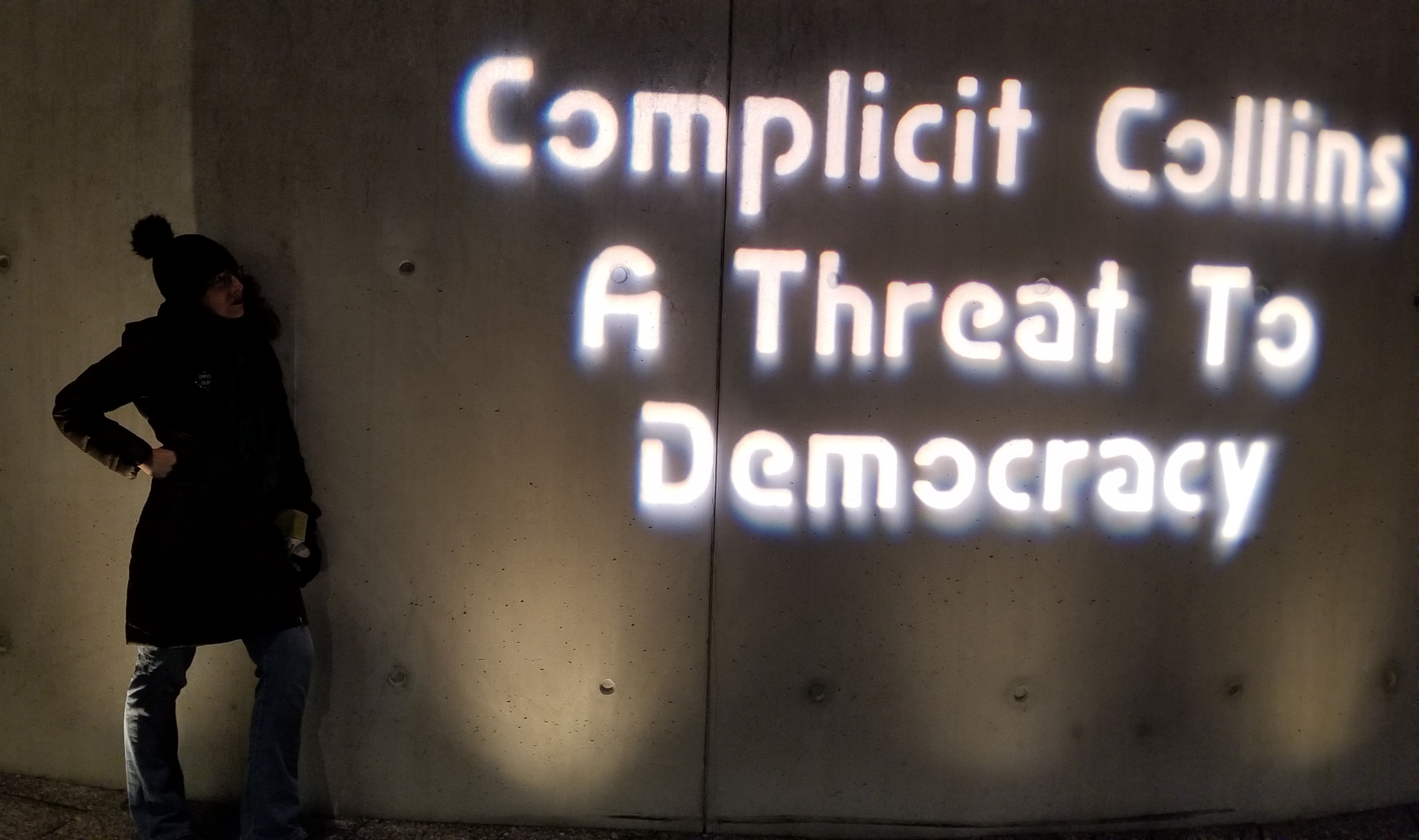