Across the PNW, citizens stand up for rivers and salmon on Int'l Day of Action for Rivers 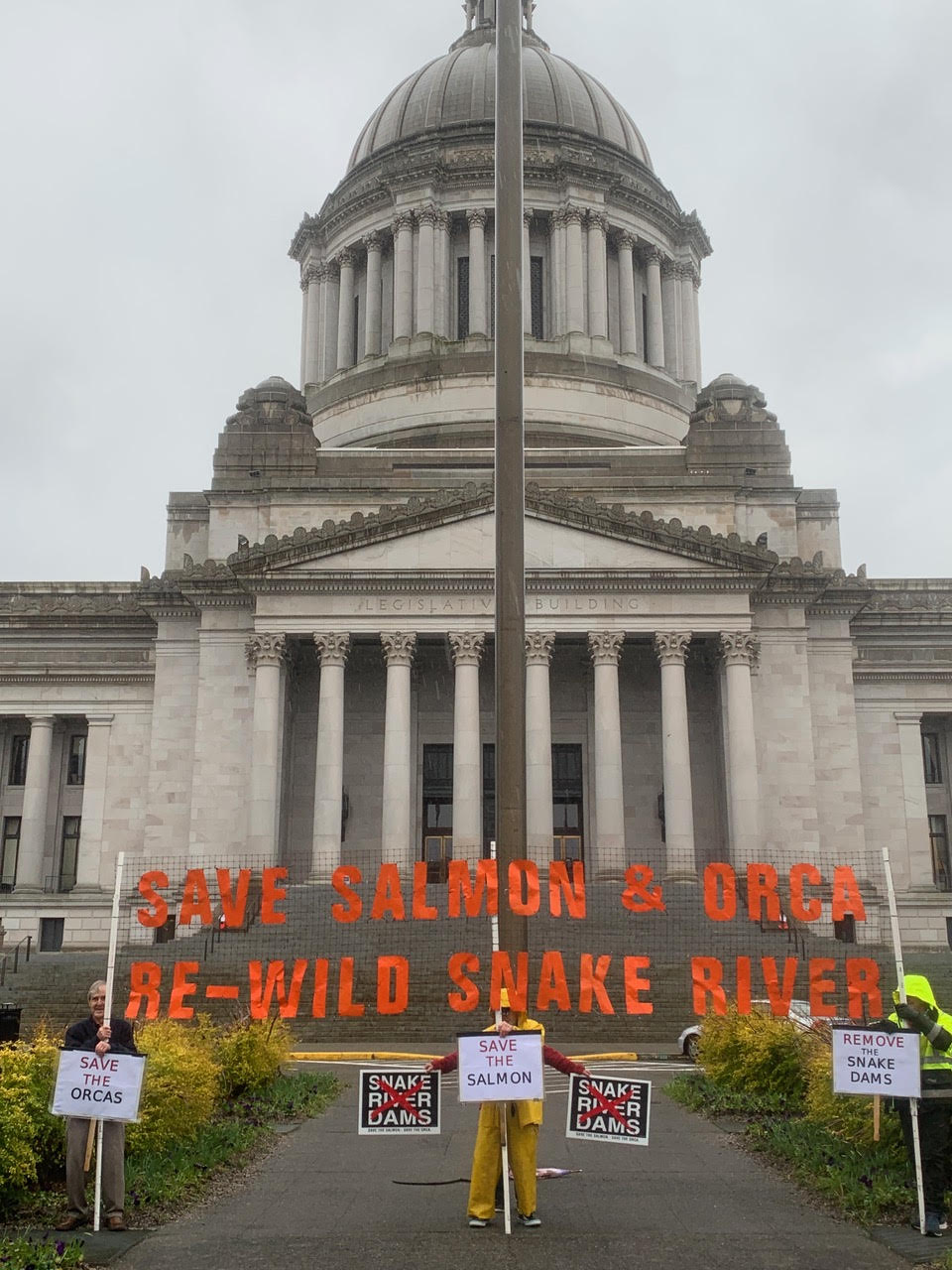 Messages were directed to policymakers to breach the four dams on the Lower Snake River; the dams are located in Eastern Washington, and Senator Patty Murray and Governor Jay Inslee are looking into a plan to replace the services the dams provide so these salmon killing machines can be removed. The tiny portion of NW power these dams provide is easily replaceable, they provide near-zero flood control, AND the $25k-35k per-barge subsidy is simply enabling salmon extinction - when mode shifting grain to rail is 100% doable. A Comprehensive solution will save the public money and will restore wild Snake River salmon, steelhead AND will feed Southern Resident Orcas. Breaching BPA's LSR extinction machines is just common sense. #BreachLSRdams #FreeTheSnake 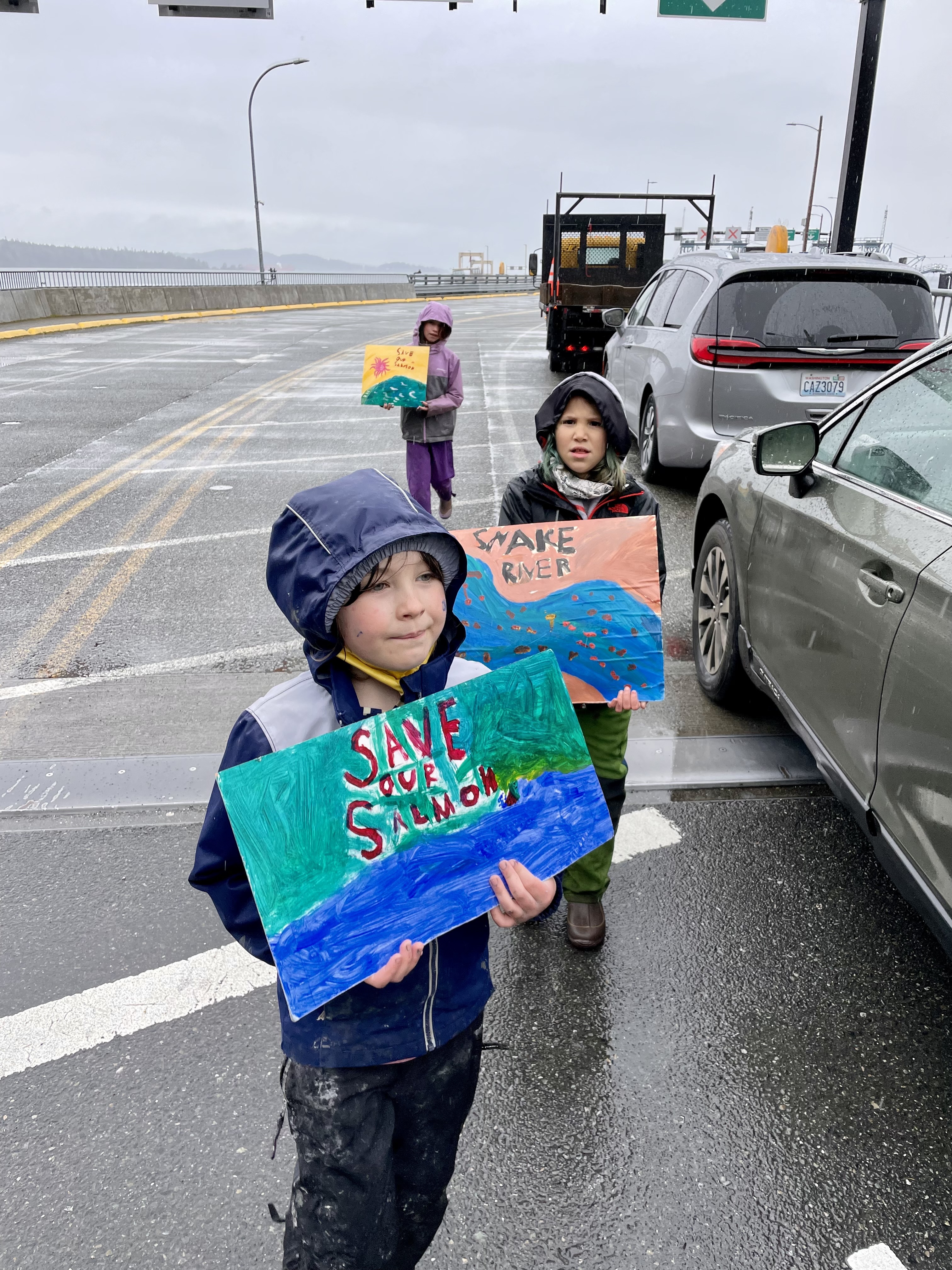 Young students on Vashon held banners and talked to commuters in the ferry line for over 3 hours, amidst an atmospheric river. 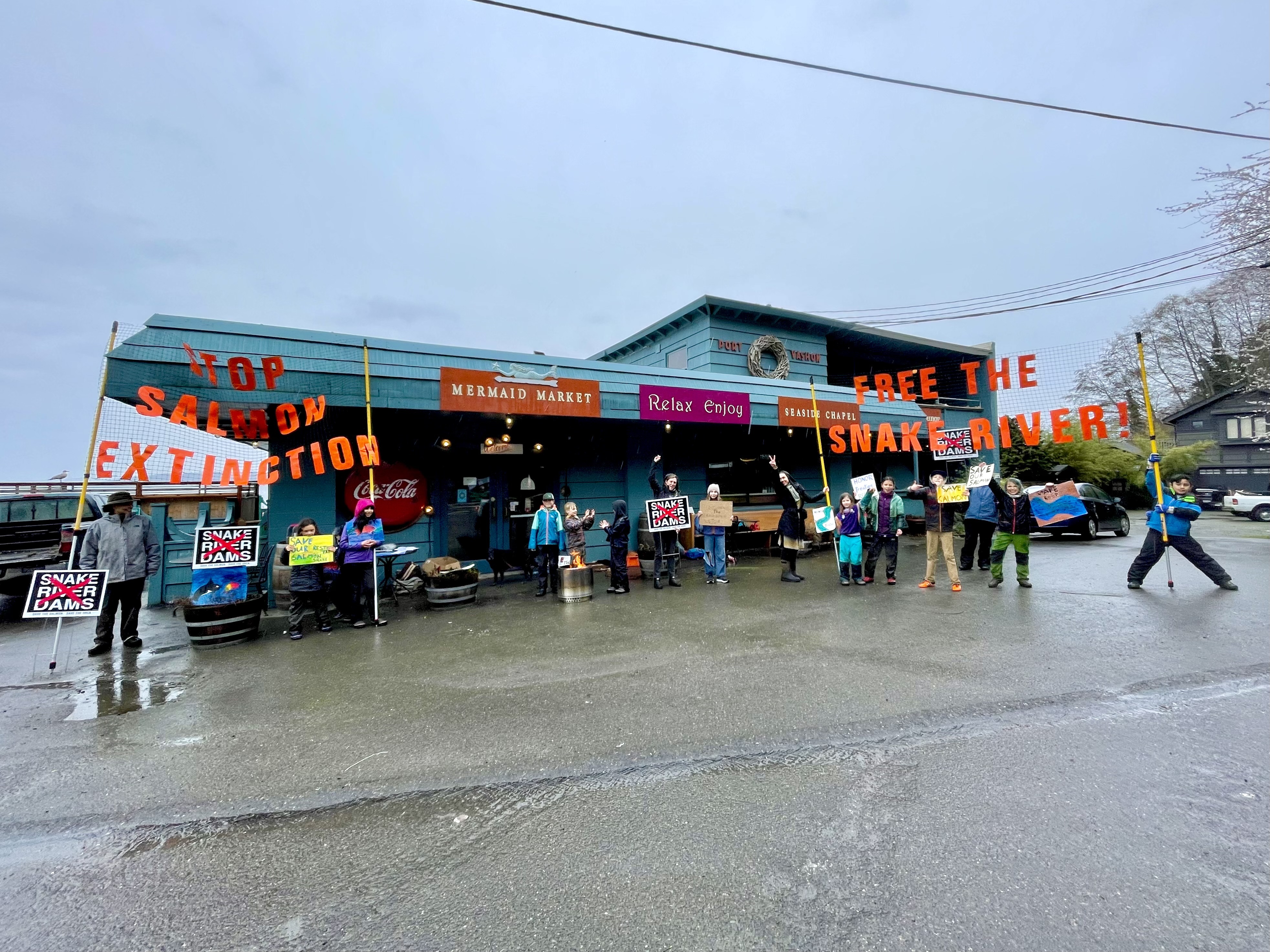