3 May 2018: A team projected gun control, anti-NRA messages on Trump tower ahead of his speech at the NRA annual convention in Dallas, TX 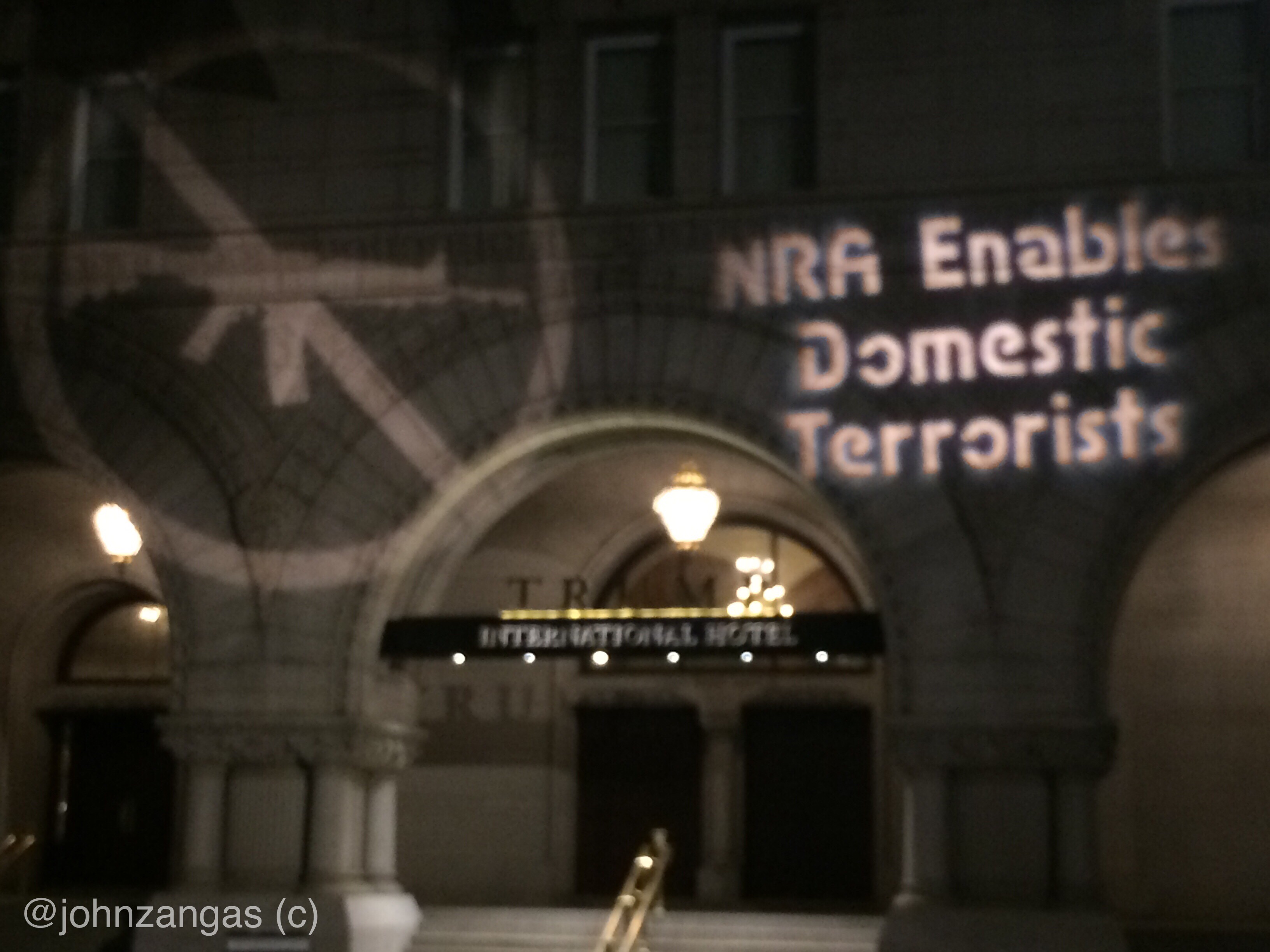 They were told by police that they were on private property, but after some push back the police eventually left.

From Phil in DC: "A couple women of color loved what we were doing and that we stood up to police and livestreamed our projection message montage after the police left. We were also thanked by several people who saw the messages and were projecting when a few tour buses went by."

All photos by John Zangas of DC Media Group who also wrote an article about the action.

The police interaction was filmed! Check out how Phil was able to stay calm and composed while holding his ground. (Video opens in a new window) 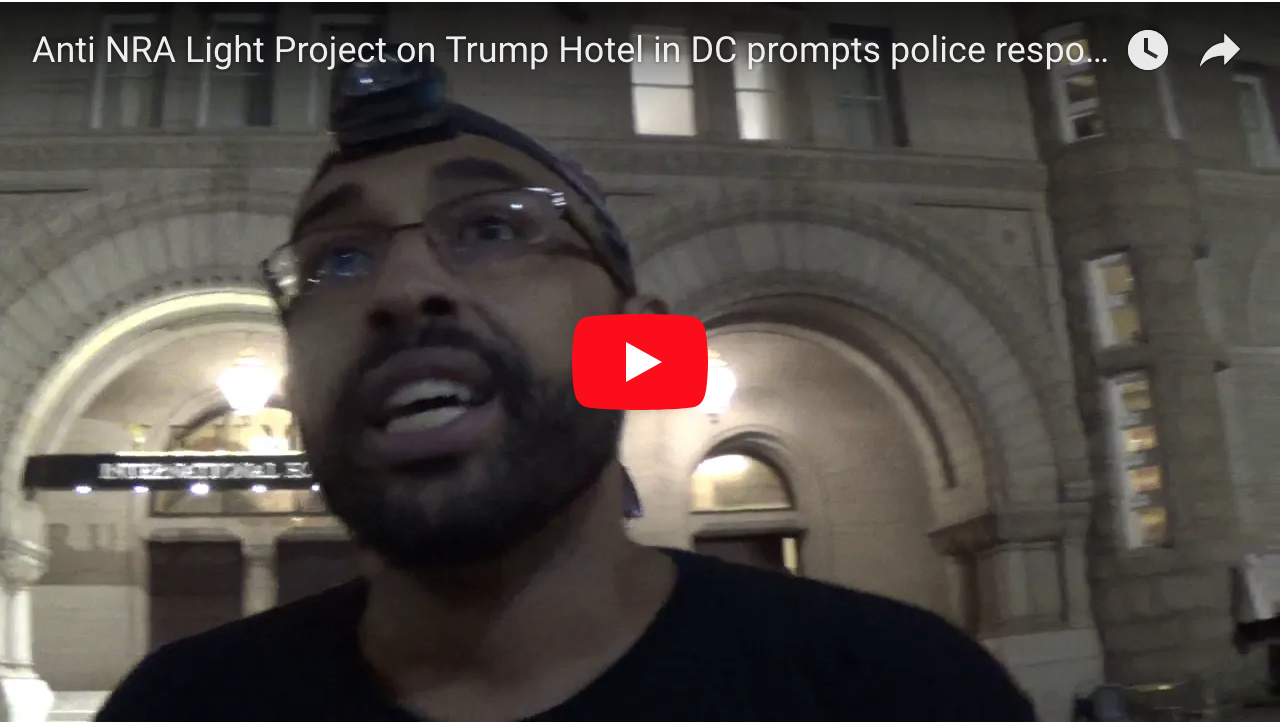 To see a summary of ALL of the NRA projection actions, watch this rocking video/photo montage. (Video opens in new window) 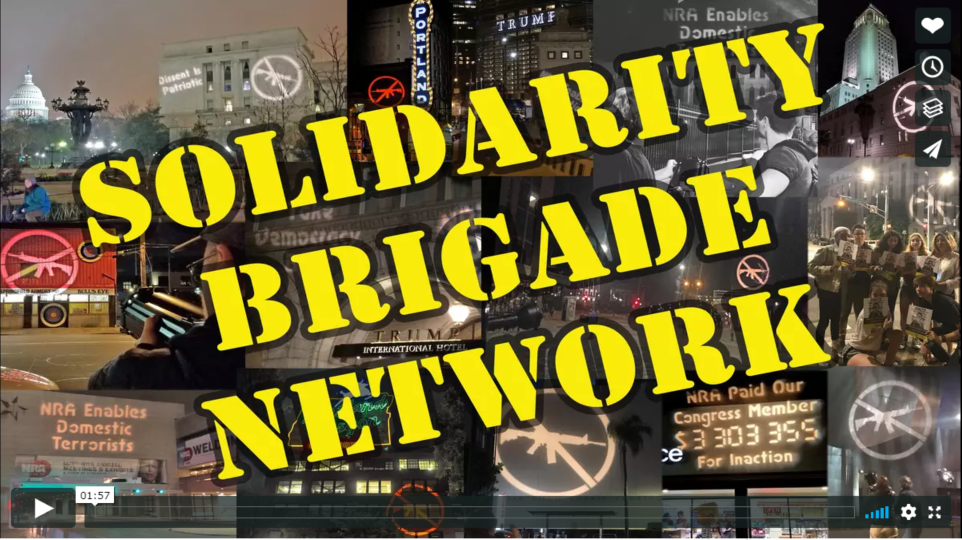