We turned 18 years old this month. That's an amazing accomplishment for a scrappy group like ours.

Our solidarity action support for groups from around the country and internationally relies on the generosity of people like YOU.  Don't take our word for it -  read what our allies say below and check out just a few of the 2021 actions supported.
The next two weeks set the pace for 2022. We need to raise $40,000 before December 31.  Your tax-deductible donation is critical at this time.
(If you want to spread out your contribution, join the Lumbar Club - sustaining donors who provide our core budget with a monthly contribution according to their budget. )

Regardless of how you give or how much, know that we are grateful. We will leverage whatever you give to generously support bold, beautiful actions, to build a world where communities, nature, and our obligations to future generations are honored as sacred.
With gratitude & solidarity,
Bill Moyer, Amy Morrison and Team Backbone 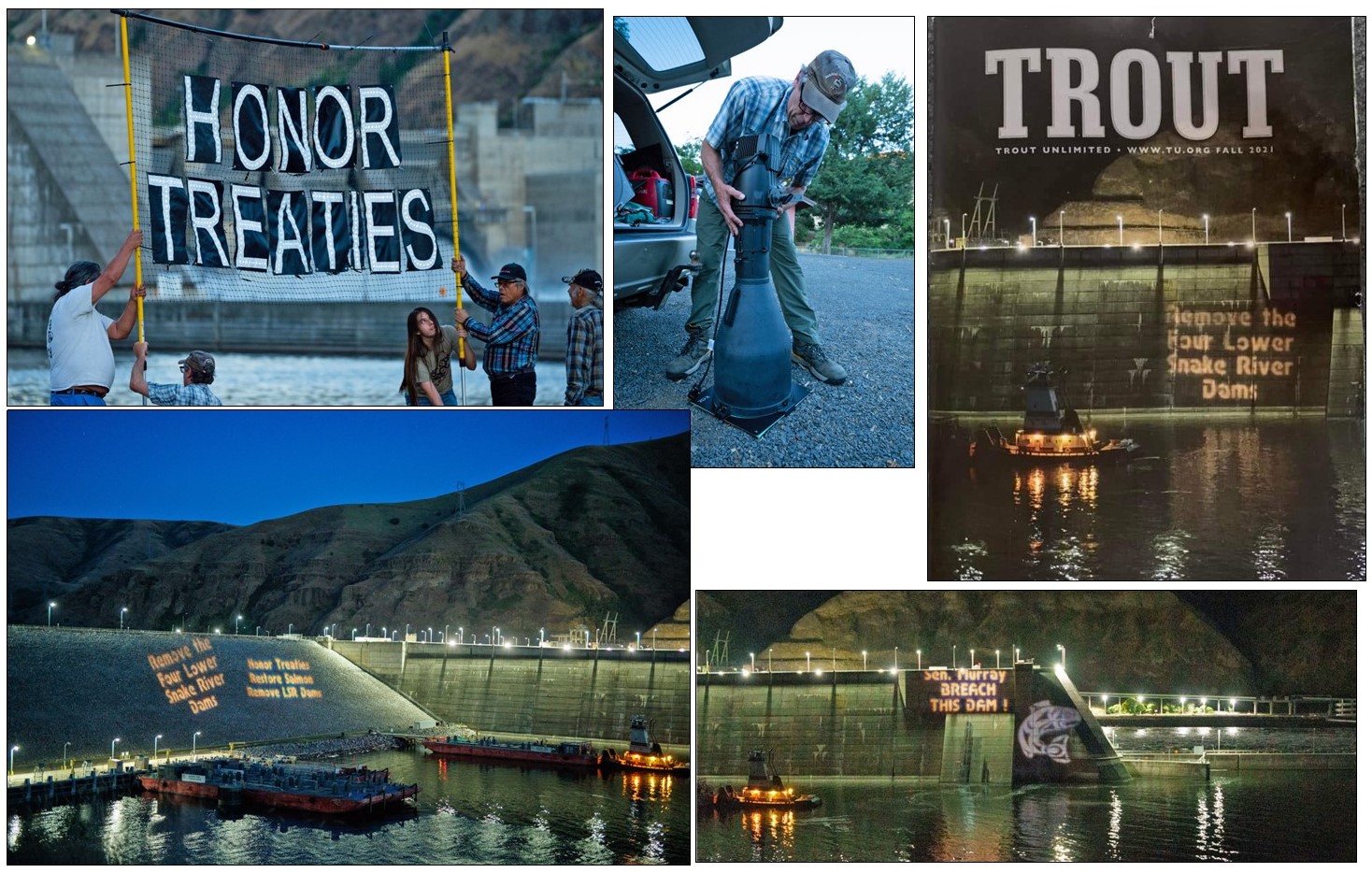 “Backbone Campaign has helped our Tribal Environmental Group by assisting our efforts to bring attention to the goal of breaching the four Lower Snake River Dams; they have been an integral part of our efforts.”  - Julian Matthews, Nimiipuu Protecting the Environment, ID

Our light projection, in collaboration with the Nimiipuu Protecting the Environment, was featured on Trout Unlimited's quarterly magazine cover. A short video of the action highlights is HERE.  More info on the Snake River dams is at BackboneCampaign.org/fts 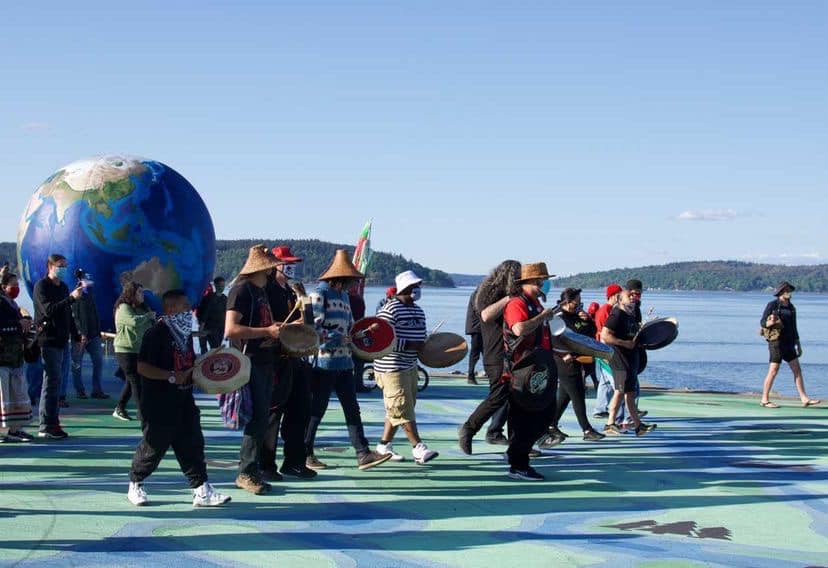 “I’m proud and honored to work with Backbone, since early 2017 on numerous occasions. We’ve had nothing but good words from our leaders and matriarchs about Backbone and their willingness to come support indigenous people with our struggles.” – Dakota Case, Puyallup Water Warrior, WA

The fight against the Puget Sound Energy (PSE) Liquid Natural Gas plant - located at the traditional waters and land of the Puyallup Tribe - continues.  Learn more. 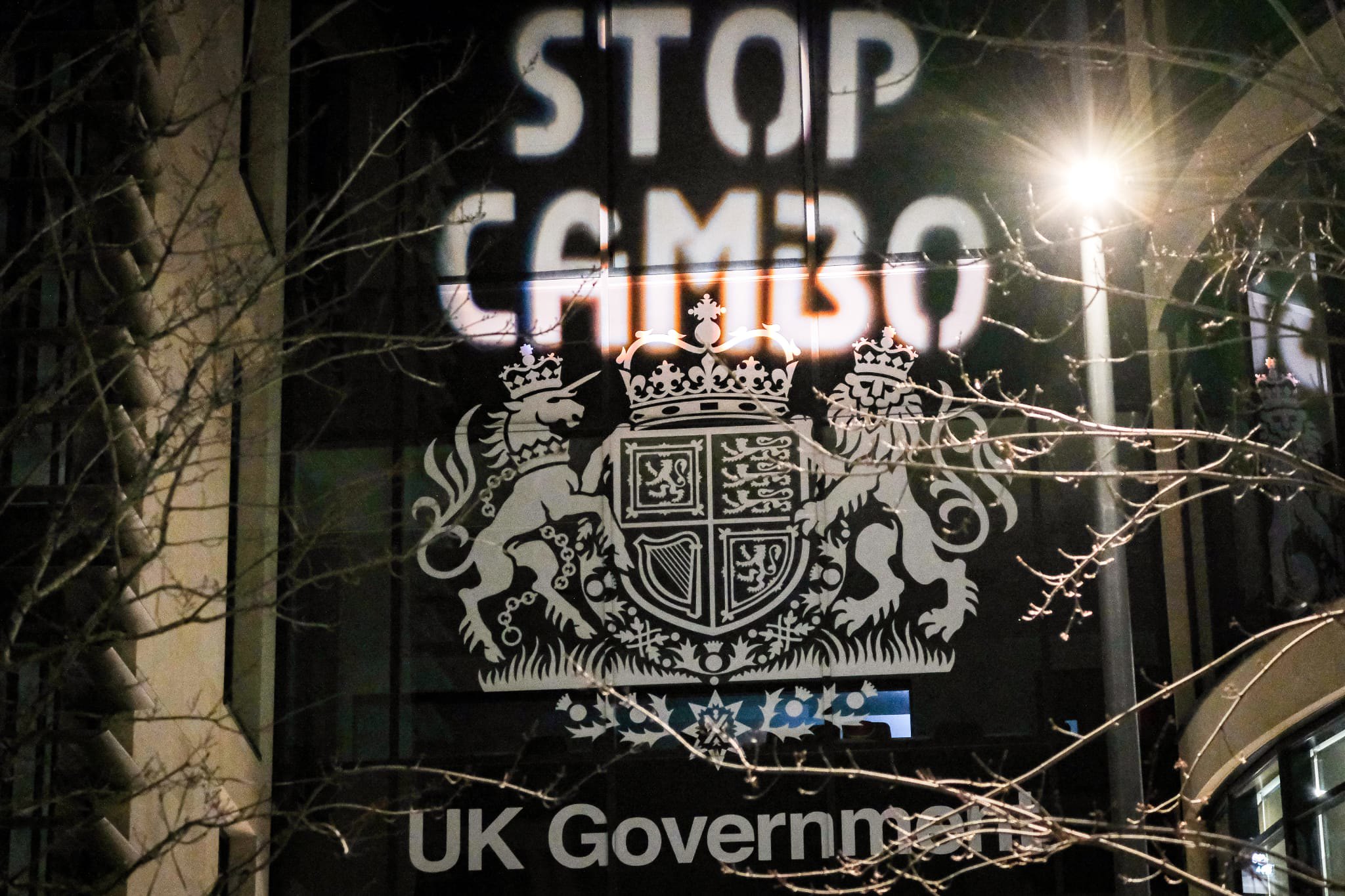 “Backbone provided the Stop Cambo campaign support and constant assistance during COP26, making sure that we developed the skills and knowledge needed to gain ownership and confidence around the action - which we did! As a result we now know how to successfully carry out guerrilla light projections to make our message visible to a global audience.”- Federico Pastoris, Stop Cambo Campaign, Scotland

At COP26 in Scotland, Backbone supported the indigenous bloc with a giant banner, as well as an international coalition of riverkeepers fighting dams, the STOP CAMBO and STOP EACOP coalitions with projection training, and we projected messages like "Reject False Solutions"; "Demand Real Zero"; "Cancel Debts of the Global South"; and "Climate Action = No New Oil & Gas Extraction." 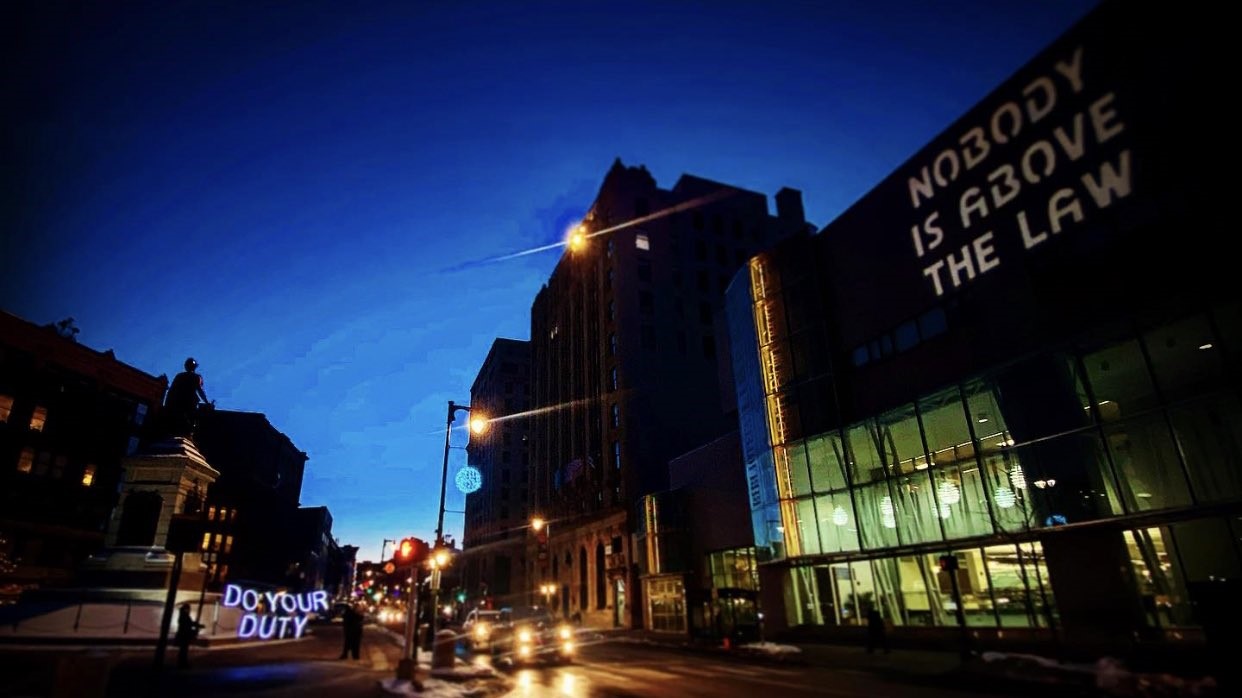 “Backbone provides the materials, expertise and support for people to create their own magic while making their voices heard in their local communities. There is a lot of darkness but when the lights are turned on, there is always a moment of joy and solidarity. … Backbone has your back, from ideas through implementation and beyond."  - Tina Marie, Portland, Maine 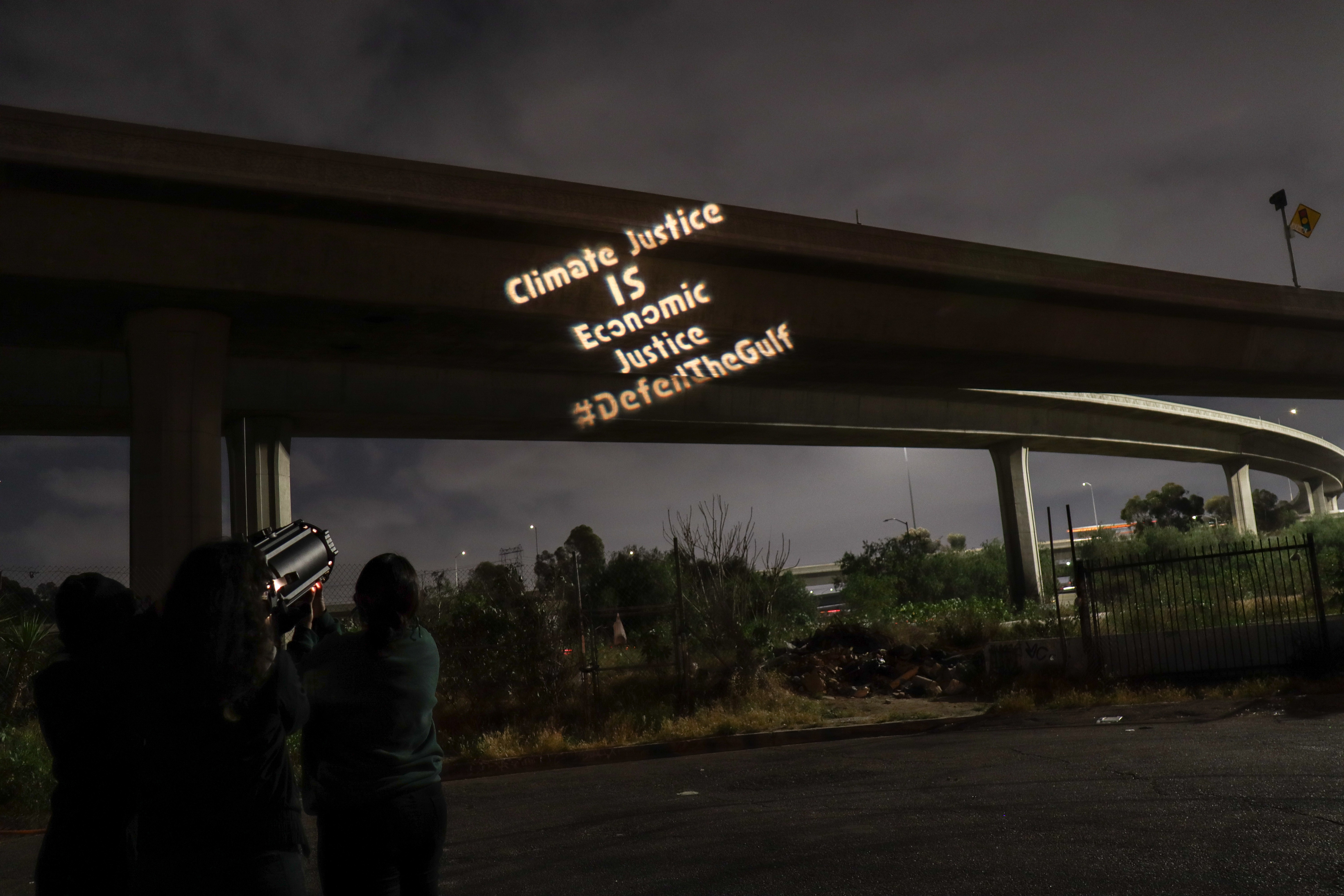 “Backbone has always been there for any rapid response needs our community has had. We are so appreciative to be in power building spaces with their team!”

Backbone coordinated our Solidarity Brigade Network and carried out Solidarity Projections in 11 cities for the youth-led Power Shift Network, amplifying calls for protection of the Gulf and that Climate, Racial and Economic Justice are inseparable and urgent.

“Backbone helped support a major rally in Lansing Michigan that was the first time in American history, as far as we know, that a rally this large (300-400 people) against mass incarceration was organized by incarcerated citizens who cannot vote. It was an honor to hold the banners Backbone donated to The Adolescent Redemption Project. We got excellent news coverage which raised the spirits of those in prison, who saw their voices represented in a rare media moment. All the Backbone principles - the power of artful activism -were reinforced for me. One of the key organizers said, ‘The banners made the rally!’”   - Stephen Silha, The Adolescent Redemption Project.