17 Oct 18: During and after the public comment period of the last Orca Task Force Meeting, Backbone used a digital projector with a document camera to allow folks to hand write their comments to be projected up onto the wall. This was done in combination with other, static light projection. 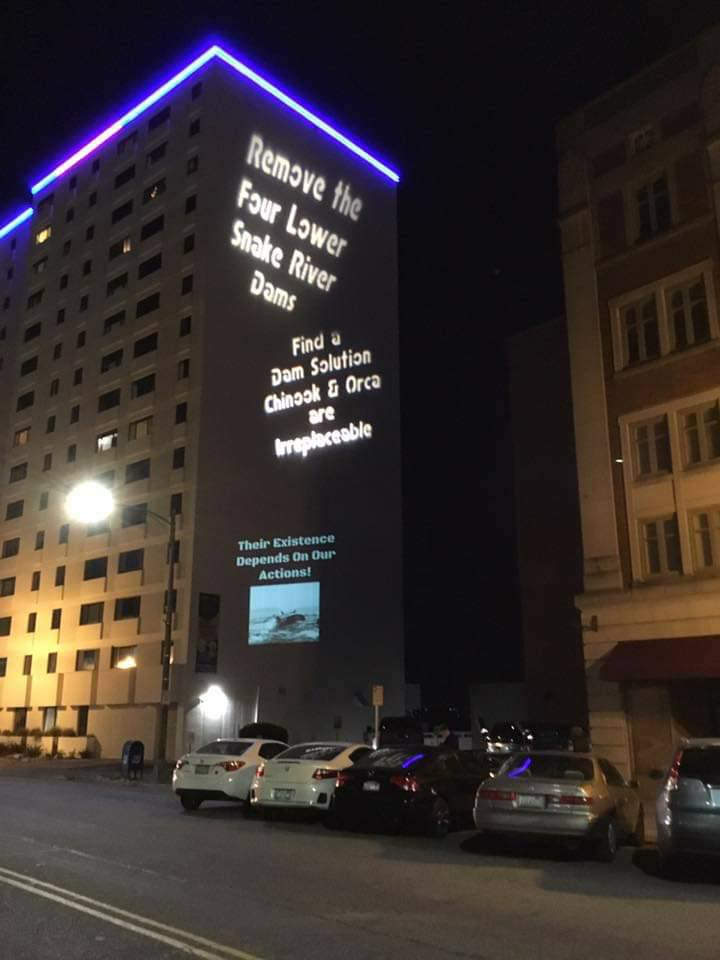 People walking by were much more likely to stop and chat when they say that they could interact with the projection. The digital projector was also used to show short videos of orca, which really grabbed people's attention. 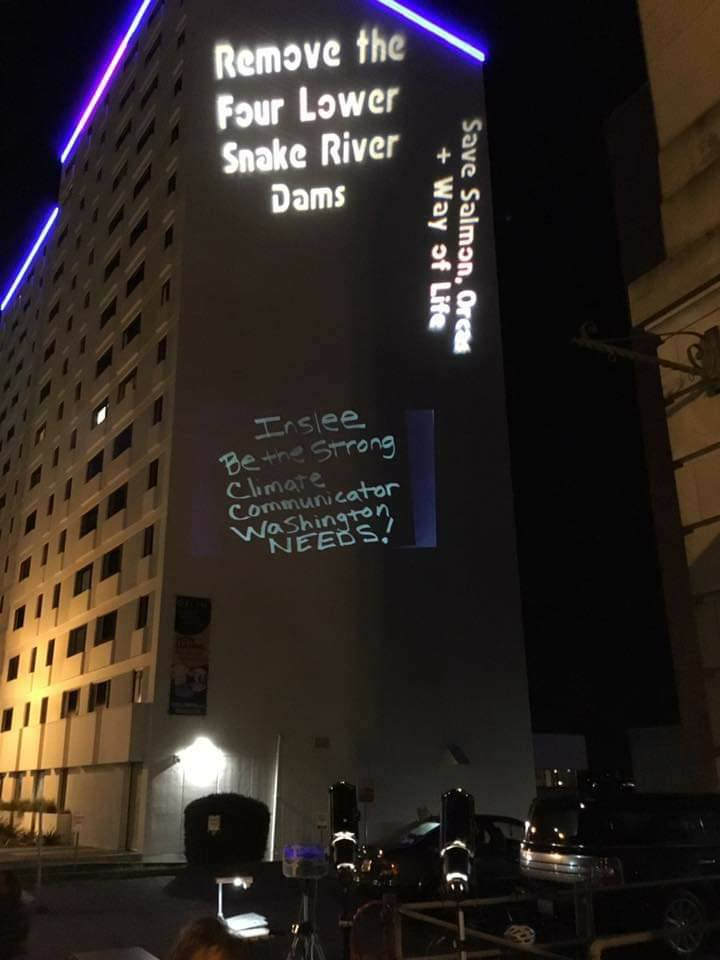