Drop in on the amazing conversation between Bill Moyer of Backbone and Diane Wilson on direct action and hunger strikes!

Diane Wilson is a fourth-generation shrimper, boat captain, mother of five, author, and an environmental, peace, and social justice advocate. During the last 30 years, she has launched legislative campaigns, demonstrations, hunger strikes, sunk boats, and even climbed chemical towers in her fight to protect her Gulf Coast bay.
Diane is a co-founder of Code Pink, the women’s anti-war group based in Washington, DC and co-founder of the Texas Jail Project, which advocates for inmates’ rights in Texas county jails. Since 2012, Wilson has been executive director and waterkeeper of San Antonio Bay Estuarine Waterkeeper on the Texas Gulf Coast.
In 2016, she and a small group of former workers and whistleblowers from Formosa Plastics started collecting plastic violations over a 20-mile area of Lavaca Bay and surrounding waterways. Within a 4-year period they have collected over 2500 samples of violations and 6000 videos and photos of plastic pollution coming from Formosa Plastic outfalls.
In 2017, Texas Riogrande Legal Aid filed a citizen's Clean Water suit on behalf of Wilson and the San Antonio Bay Estuarine Waterkeeper. In June 2019, a federal judge ruled on their behalf and declared Formosa a serial offender with over 1800 clean water violations. The case was settled in December 2019 with a precedent-setting $50 Million awarded towards local environmental projects. The plaintiffs received no funds.
Wilson was featured in the award-winning documentary Texas Gold, and in Americans Who Tell the Truth, a portrait series by photographer Robert Shetterly. She won the Blue Planet Award in Berlin, Germany for her activist work, and in March 2020 Netflix featured the SABE Waterkeeper story in Dirty Money series, Point Comfort. 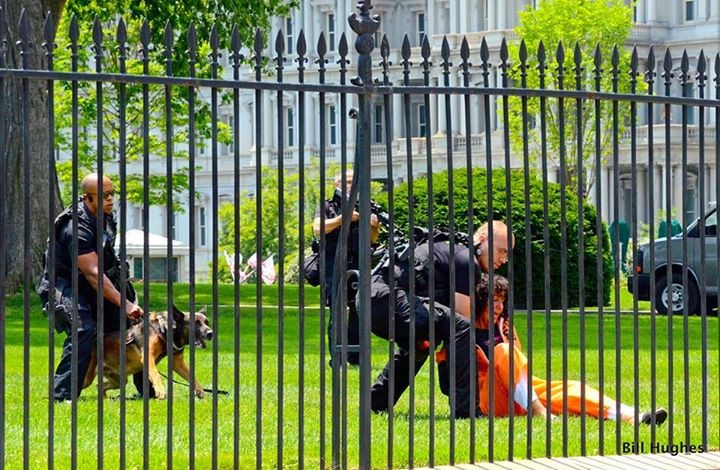