Senator Cantwell is home for the congressional recess. Because of her silence on the issue of Lower Snake River dam breaching, a giant salmon and baby orca - as well as over 30 people calling on her to stop salmon extinction - took to the streets of Edmonds (the Senator's home town). Their message was to call on the Senator to step up, stand with tribes, listen to the scientists, and breach the four dams on the Lower Snake.

Only by breaching the four dams on the Lower Snake can we stop the pending extinction of salmon and orca. 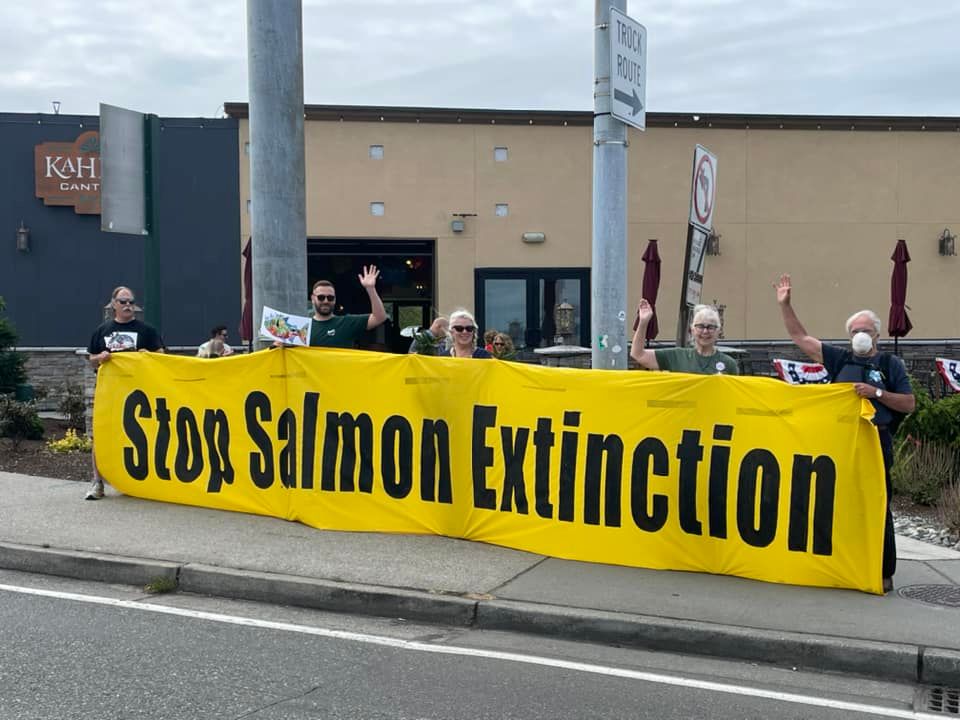 The action was reported on in the local paper, My Edmonds News.

There is no place for silence on an issue this important for a person in her position. We need to hold her feet to the fire.  Contact Senator Cantwell's office (and other policymakers') using the tool at SaveSalmon.org

Thanks to Snake River Savers for collaborating on this action, and special thanks to Alison Penny, Edmonds resident, for organizing! 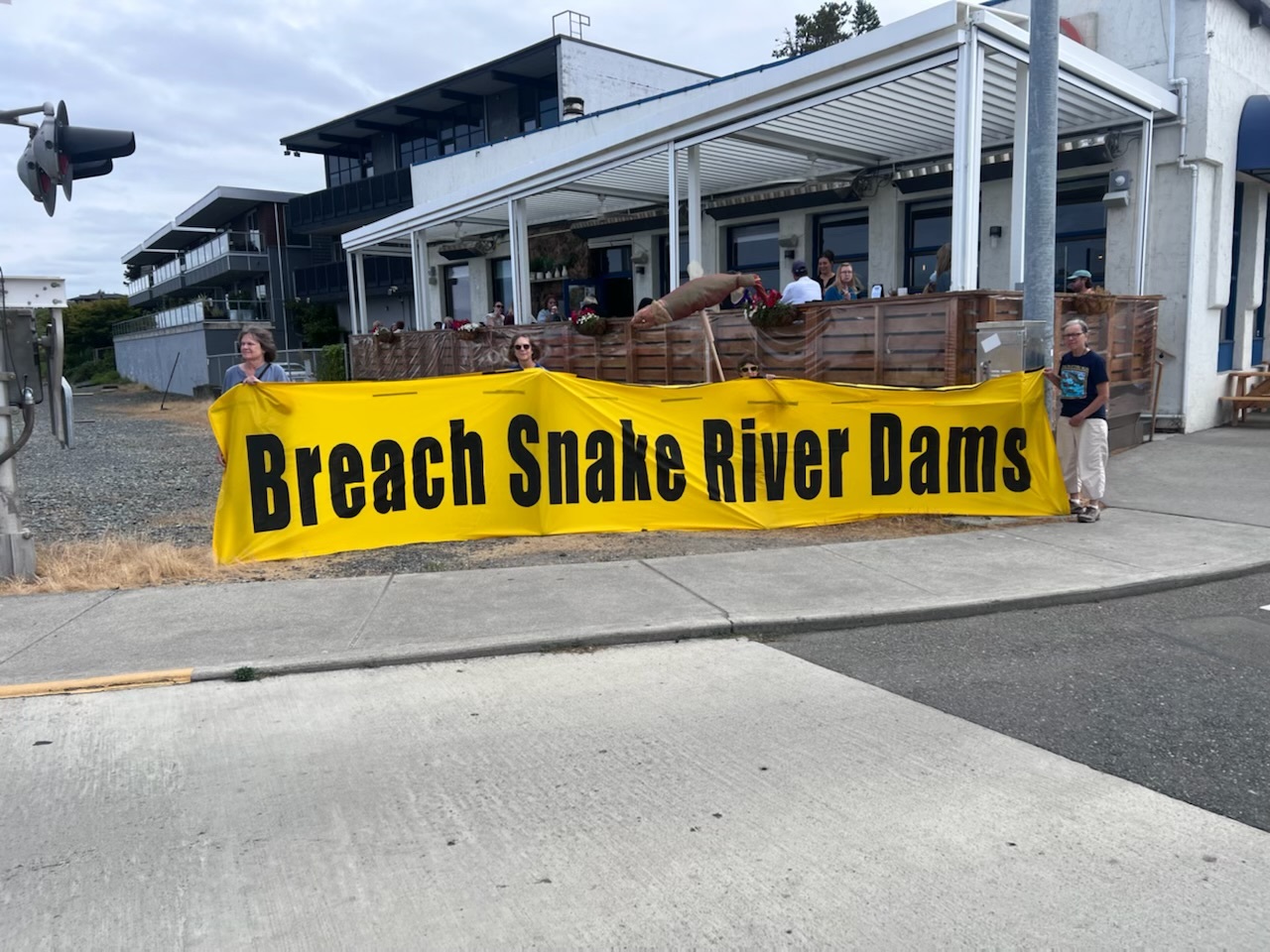 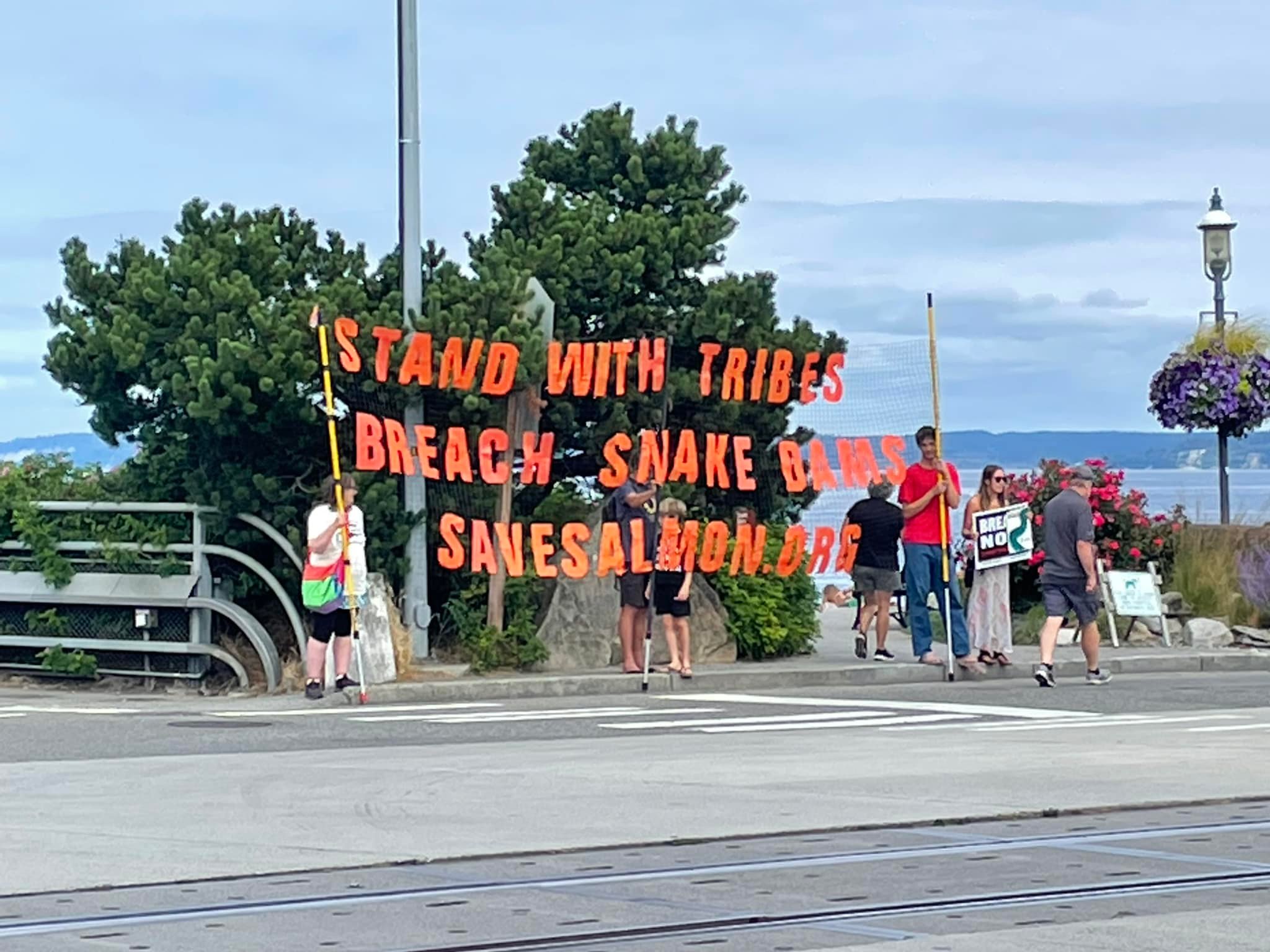 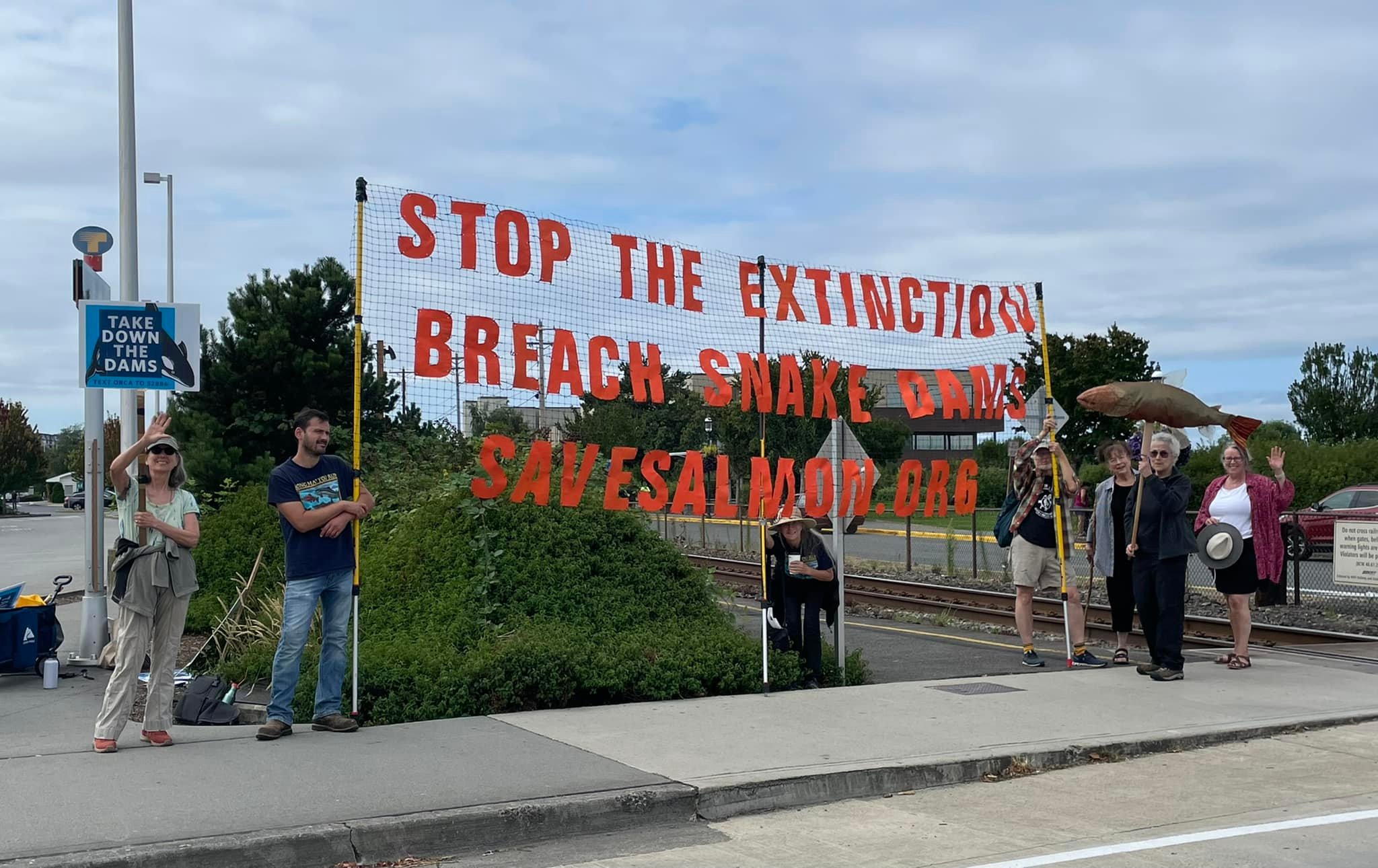