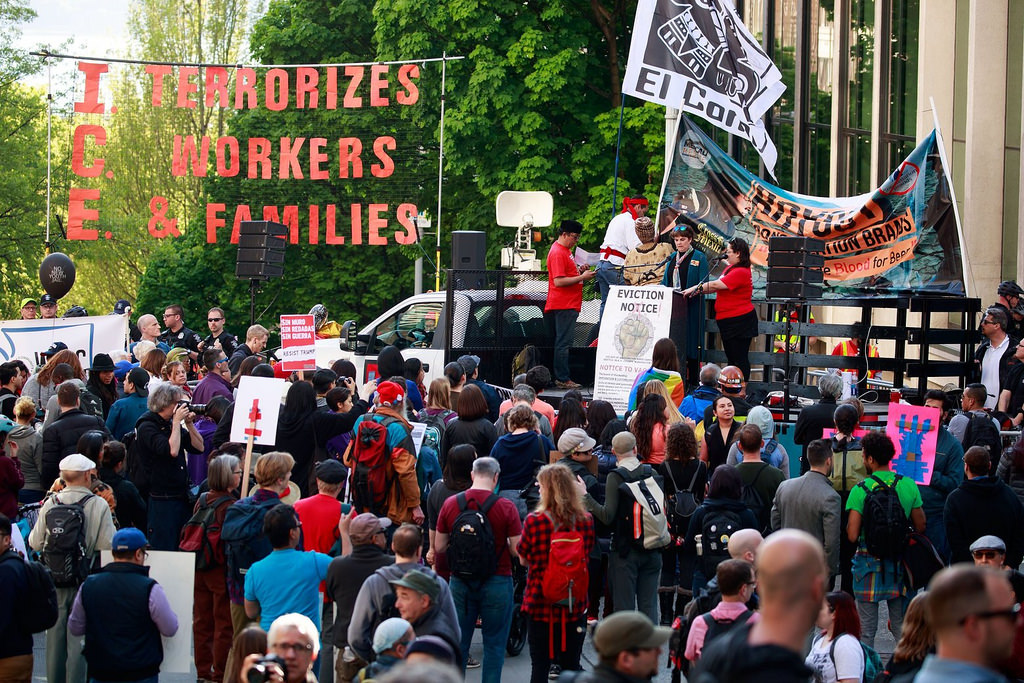 At the beginning of the march, volunteers took a deer fence banner (made by the amazing Laura!) reading "ICE terrorizes workers and families". The theme of the march was immigration and evicting ICE from the community and from the country. At the end of march/rally sight, Roni and Bill set up 2 vertical light panel deer fence banners that together read "EVICT ICE". Team Backbone also brought two very large eviction notices; one on the rally stage and the other with the light panels in front of an ICE building across the square from the rally stage.

This May Day event, and others in Seattle, were widely covered in local media. 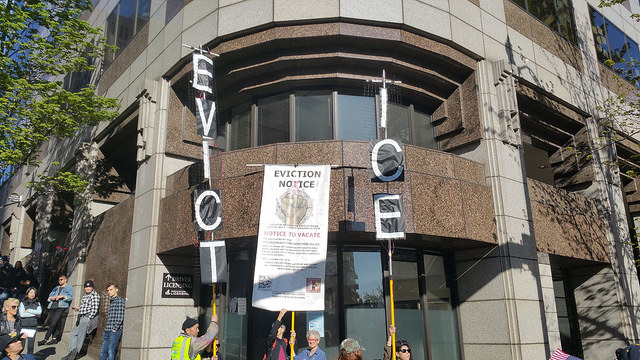 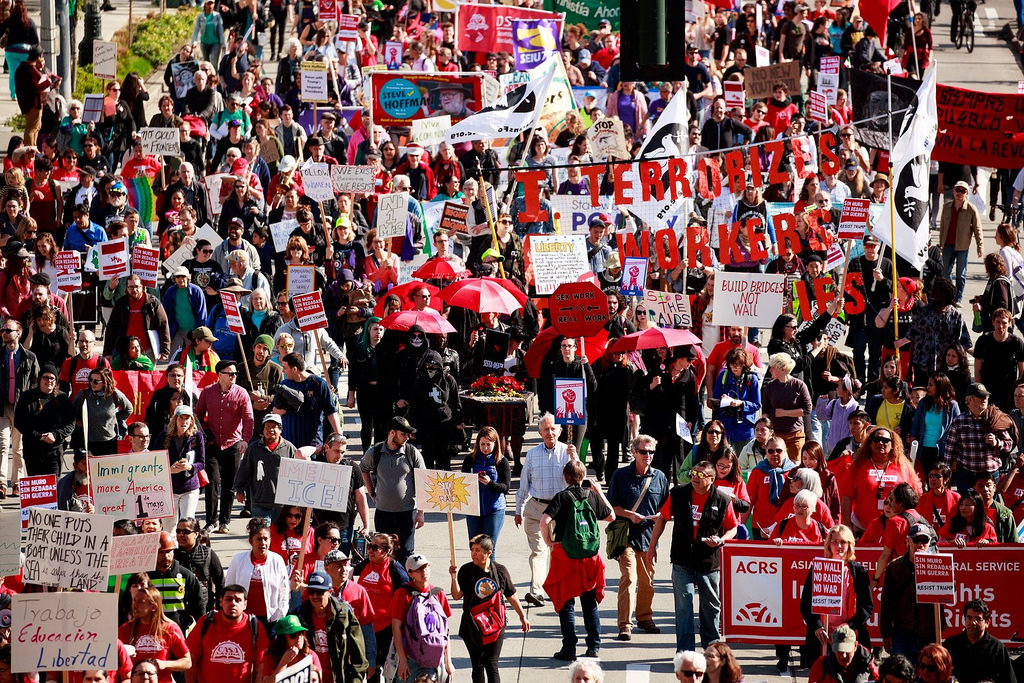