Anti-war activists, including Backbone's Phil Ateto, engaged in a light beam battle against Russian diplomats in Washington, D.C., Wednesday evening in a display of disapproval over the country's ongoing war in Ukraine. 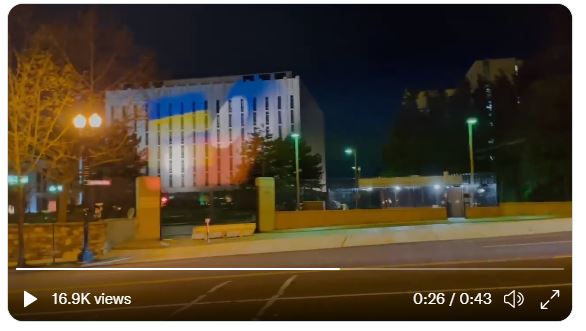 What's the opposite of shadow puppetry?

Here's the funniest version of the video of Backbone Campaign projecting on the Russian embassy last Friday. The soundtrack really captures the great way Phil Ateto animated the light/flag as if it were a puppet.. The soundtrack takes it to a while other level!