Light Projections at Fake State of Emergency Protest in Portland

The crew showed up to light up the protest with images. 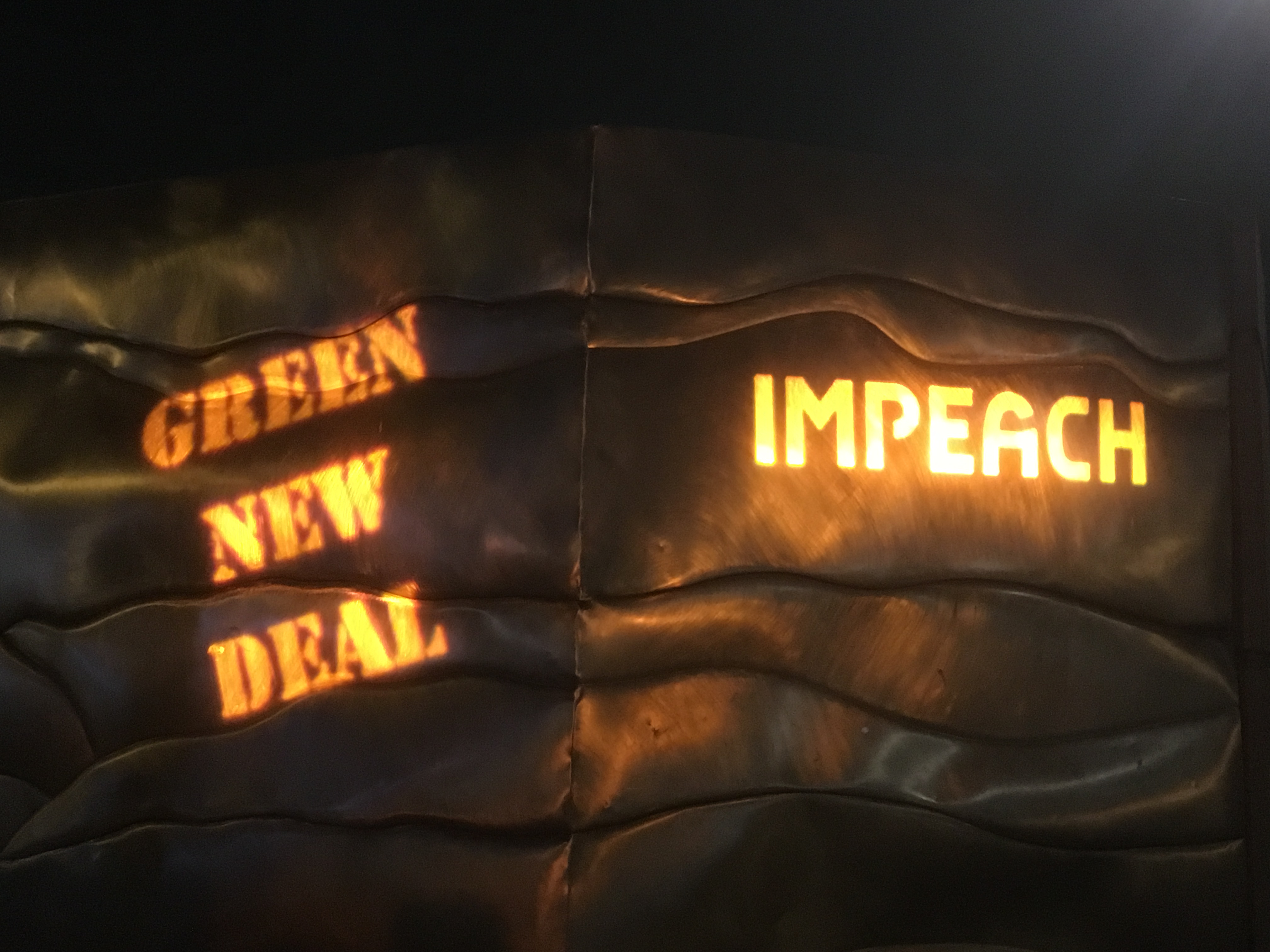 At the Feb 18 rally against the fake border emergency and in opposition to a US invasion of Venezuela held at Gov. Tom McCall Park, on the West side of the Willamette River, the squad projected images to help frame the event.

The "Impeach" message projected on a sculptured metal wall shone brightly and attracted at least 40 groups and individuals who posed for photos under the projection like it was a photo booth attraction.  Other messages projected were about the Green New Deal and Extinction Rebellion movement against climate change.  The group plans to try for a similar setup at future events. 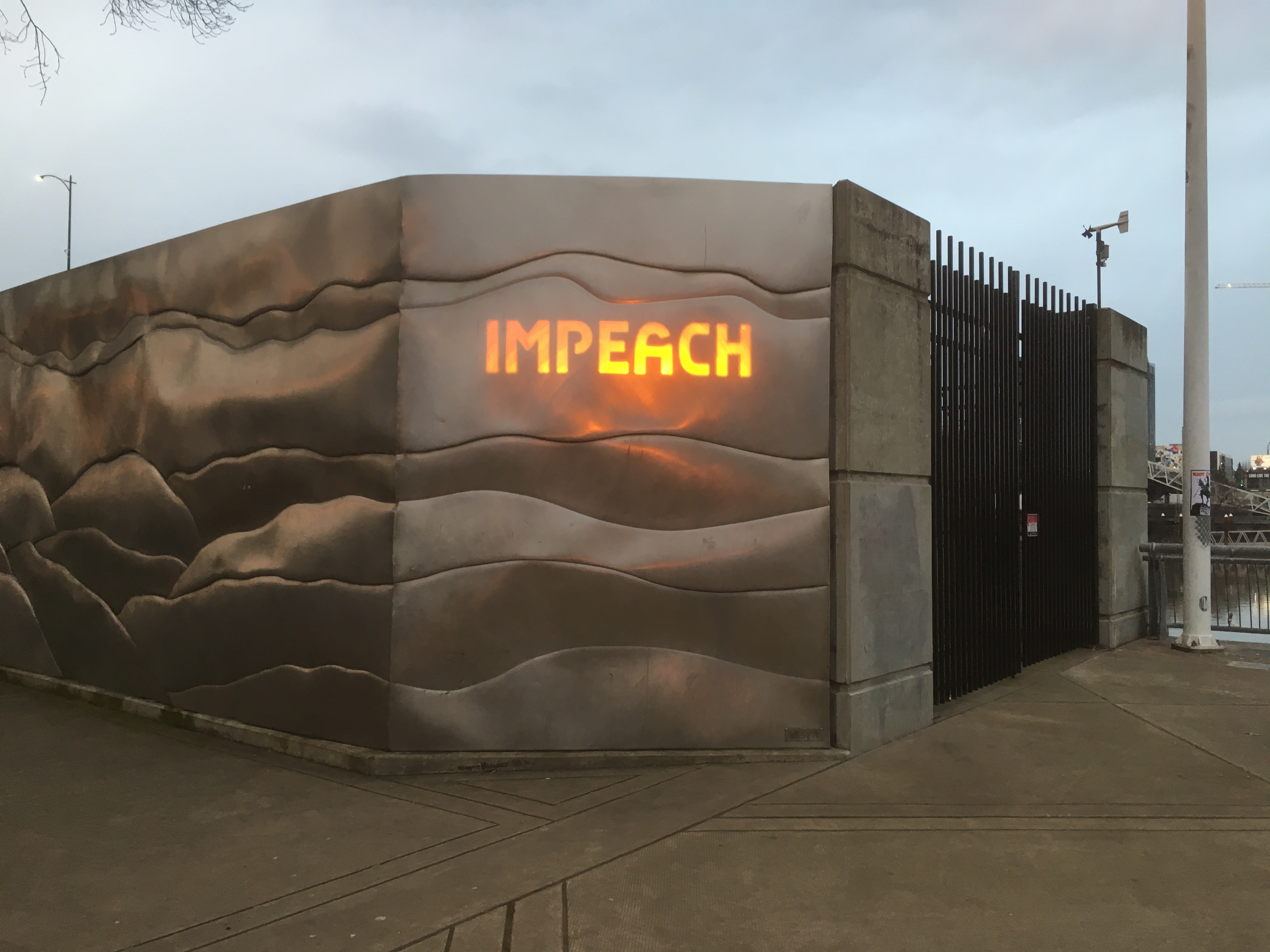 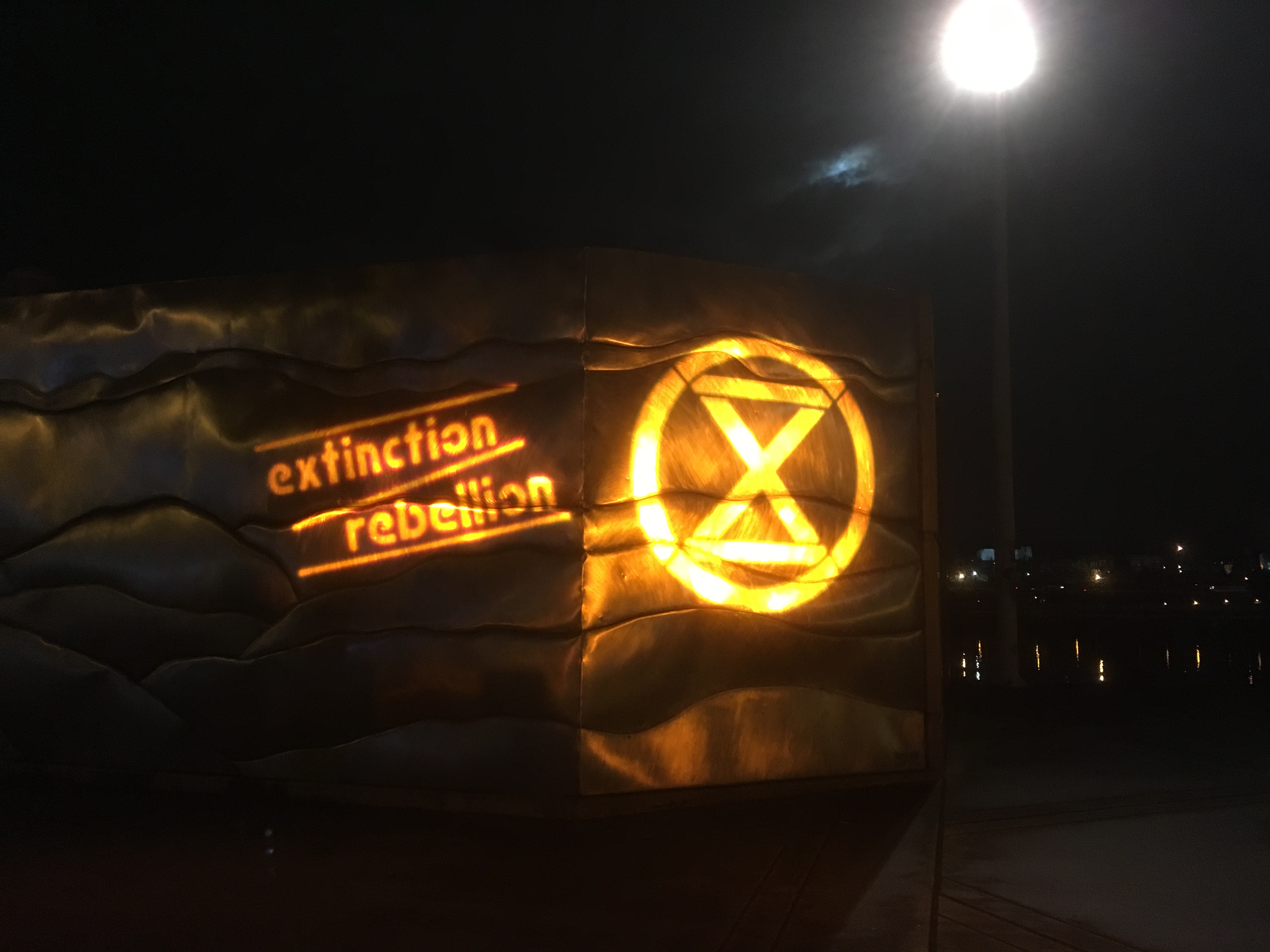